The cost is given for the North American market (US & Canada):

This model will be available in two colors: Astral Black and Winter Mist. 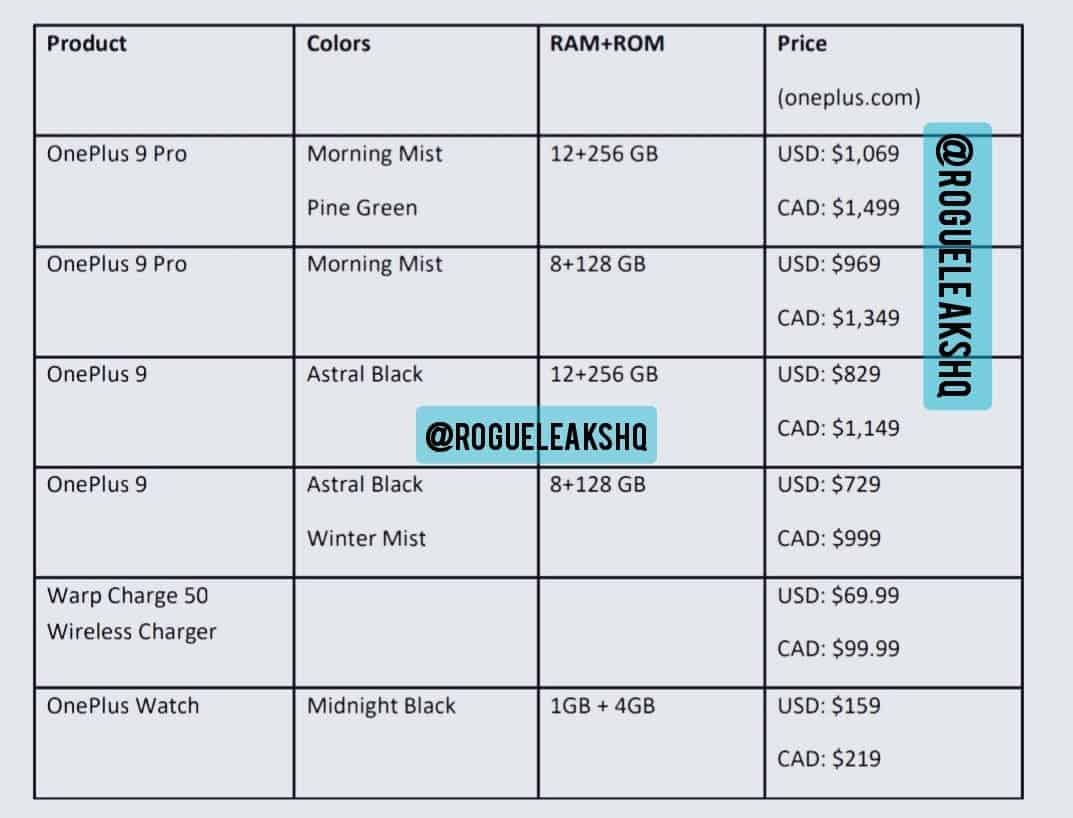 OnePlus continues to intelligently fuel interest in the OnePlus 9 series of smartphones with the Hasselblad camera. And it bears fruit.

OnePlus has reported 3 million people in a virtual queue for future devices. This is how many people have reserved OnePlus 9 and OnePlus 9 Pro blindly, not knowing exactly how much the smartphones will cost and what their characteristics are.

As a result, OnePlus 9 has become the smartphone with the highest reserves in the history of OnePlus. Note that overcoming the milestone of two million was reported a couple of days ago – on March 20.

The OnePlus 9 will also receive a 6.5-inch Full HD + display, 30-watt wireless charging and a 48MP (Sony IMX689), 50MP (Sony IMX766) and 2MP camera. In turn, the OnePlus 9 Pro will feature a 6.7-inch QHD + screen, support 50-watt wireless charging; and the camera will include the same 50-megapixel wide-angle lens, the same 2-megapixel sensor, an 8-megapixel telephoto and the main sensor Sony IMX789 with a resolution of 48 megapixels.

That is, the main difference will be in cameras and displays, as is usually the case.

Previous Clubhouse for Android will arrive in "a couple of months"

Next Gmail, Yahoo Mail, and other Google apps keep crashing