Vivo unveiled its Vivo X60 series during the last days of 2020 in China. We knew that these devices would eventually hit the global markets, and after several leaks, the company is finally introducing them to international fans. However, the Vivo X60 and Vivo X60 Pro reaching the International market today are quite different from those released in China. Despite the company’s extensive marketing campaign teasing Samsung’s Exynos 1080 chipset, the global variants replaced it for a Snapdragon 870 SoC. This is a move that the anti-Exynos bandwagon will certainly enjoy. There are other changes in the camera settings as well, without further ado, let’s dive into the devices’ specifications. 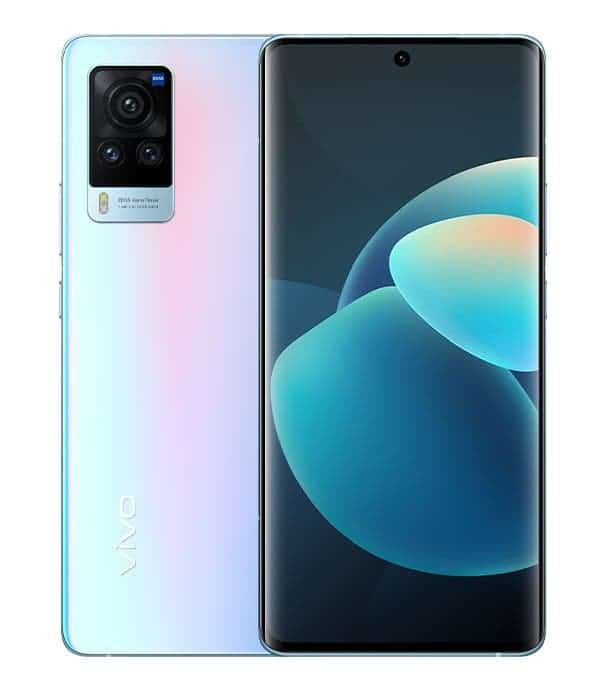 Starting with the high-tier Vivo X60 Pro, it suffered a certain downgrade in its camera capabilities. While the performance may be improved with the Qualcomm Snapdragon 870, some will miss the periscope lens that has been taken away.

The camera setup still packs a 48MP main sensor with a bright f/1.5 aperture. The phone also comes with its unique gimbal system that provides extra stability over typical OIS. It also introduces the pixel shift technology on a smartphone. It significantly improves the per-pixel detail and the color accuracy of images. This camera setup once again brings the ZEISS branding with unique features in the camera app.

The phone also maintains the 13MP ultrawide camera and brings a 13MP camera with a telephoto lens and 2x magnification. Unfortunately, it’s not on par with the 5x periscope lens of the Chinese variant.

Other specifications are unchanged. The phone comes with a 6.56-inch LTM display that was co-developed by Vivo and Qualcomm. it’s an AMOLED panel with a 120Hz refresh rate and a 240Hz touch sampling rate. The resolution is still FHD+. The display also boasts HDR10+ certification and it can play HDR content from Netflix thanks to Widevine certification. It also packs Hi-Res Audio certification, but it only has a single speaker. It lacks a 3.5mm headphone jack, so you’ll have to use a USB-C to 3.5mm adapter or stick with a Bluetooth headset.

The phone is powered by the Snapdragon 870 and comes paired with 12GB of RAM and 256GB of UFS 3.1 storage. Unfortunately, just like other premium handsets, it lacks a microSD card slot. The battery capacity is 4,200mAh and the phone keeps the 33W fast-charging rate. The phone runs Android 11, but instead of OriginOS, it brings Funtouch OS 11. Vivo never said that, but apparently, OriginOS will be exclusive to the Chinese market. Worth noting that Vivo’s virtual RAM is implemented in Funtouch OS allowing the phone to have an extra 3GB of RAM using the storage.

The Vivo X60 has a 6.56-inch AMOLED display with FHD+ resolution and a 120Hz refresh rate. In counterpart to the Pro, the vanilla comes with a flat panel. 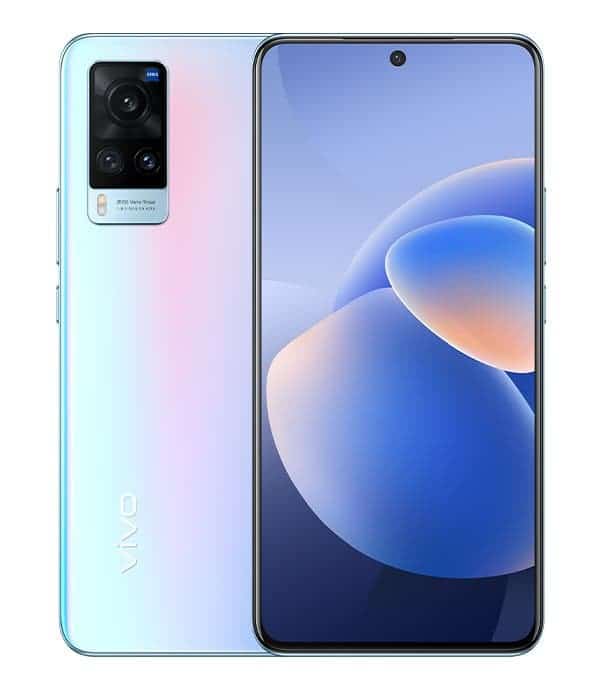 The gimbal stabilization system is replaced by a regular OIS system. The camera is less bright with an f/1.8 aperture. In the end, we still have a ZEISS lens complete with a Biotar bokeh effect. The phone has a 48MP main camera, 13MP ultrawide, and 13MP telephoto cameras. The punch-hole camera is a 32MP snapper. Under the hood, we have the same Snapdragon 870 with 12GB of RAM and 256GB of Internal Storage.