According to official reports, Xiaomi will hold a spring conference next Monday. The company officially confirmed yesterday that the Xiaomi Mi 11 Pro &Mi 11 Ultra will arrive at the event. However, in its recent poster, Xiaomi claims that the Xiaomi Mi 11 Ultra is challenging for the title of “Android King”. From the poster, it appears that the “Android King” here refers to the camera performance. The official warm-up poster shows that these smartphones come with a powerful camera system. 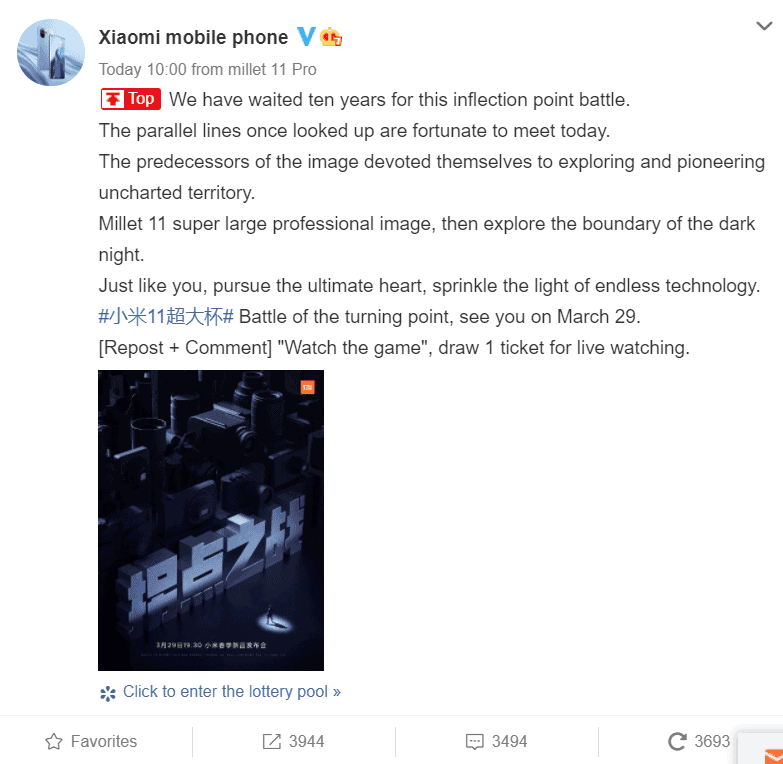 This time, the official used the “war of the turning point” to describe the imaging system of the Mi 11 Ultra. Furthermore, the phrase “revisit the boundary of the dark night” suggests that the new smartphone will have a very good night imaging effect. 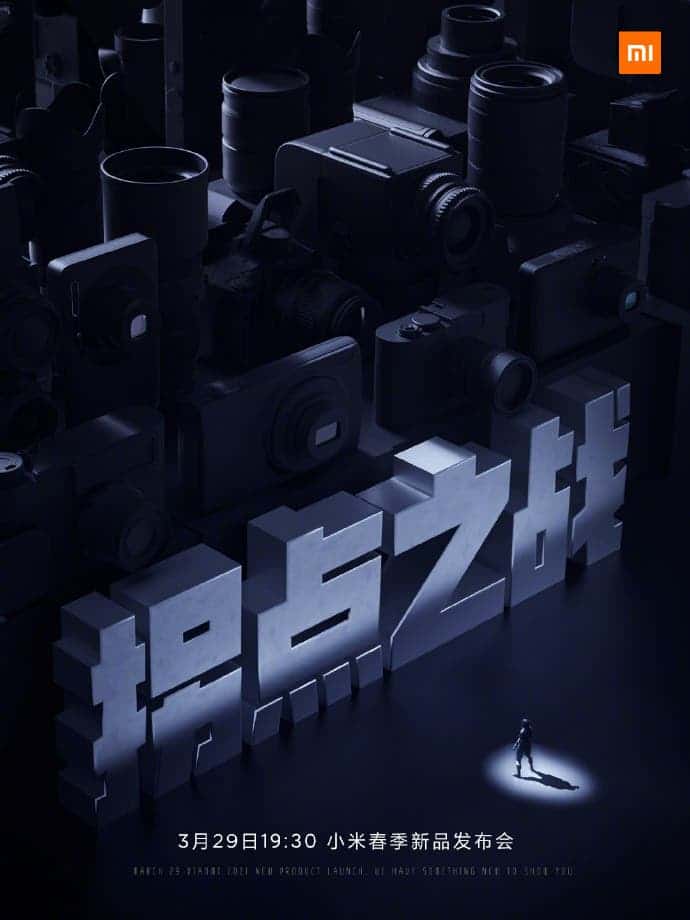 Previous reports on the camera module of these smartphones show some significant changes. The Xiaomi Mi 11 Pro will change the telephoto sensor to a 48-megapixel periscope lens that can support 5x optical zoom shooting. However, the Xiaomi Mi 11 Ultra will comes with a triple rear camera setup. It will have a dual main camera + periscope lens combination. The world’s largest Samsung ISOCELL GN2 image sensor will be used for the first time, and it supports up to 120x zoom shooting. The Xiaomi Mi 11 Ultra will have the honor of launching this camera sensor.

On this basis, this device also comes with a smart window – a small secondary display on the rear. As of now, we do not know the full function of this secondary display. However, we are certain that it will be relevant for taking selfies even with the rear camera and for rapid image viewing.

In all, we can see that a major selling point of the Xiaomi Mi 11 Pro and Xiaomi Mi 11 Ultra is the imaging system. Of course, it may not have enough to challenge for the position of “Android King”. However, let’s not write it off even before it launches.