A few days ago, Xiaomi officially confirms its cooperation with Leica to produce smartphones with premium cameras. From the reports so far, the first Xiaomi smartphone with a Leica camera will arrive in July. This smartphone will also be the first to come with a Snapdragon 8+ Gen 1 SoC. A few hours ago, Lei Jun, the CEO of Xiaomi posted the smartphones he uses on Weibo. According to him, he often changes models. However, considering what a smartphone holds, many people are surprised why Lei Jun change smartphones so frequently. 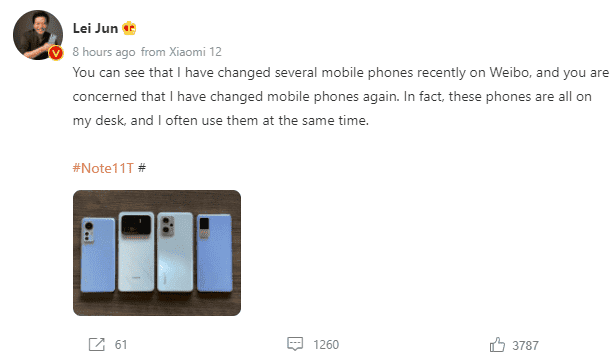 Xiaomi CEO, Lei Jun reveals that he currently uses four smartphones from both the Xiaomi and Redmi brands. In fact, he is using all four smartphones at the same time, which also shocked many netizens. From the image, the smartphones that Lei Jun uses are Xiaomi 12, Xiaomi Mi 11 Ultra, Redmi Note 11T Pro, and Xiaomi Civi. 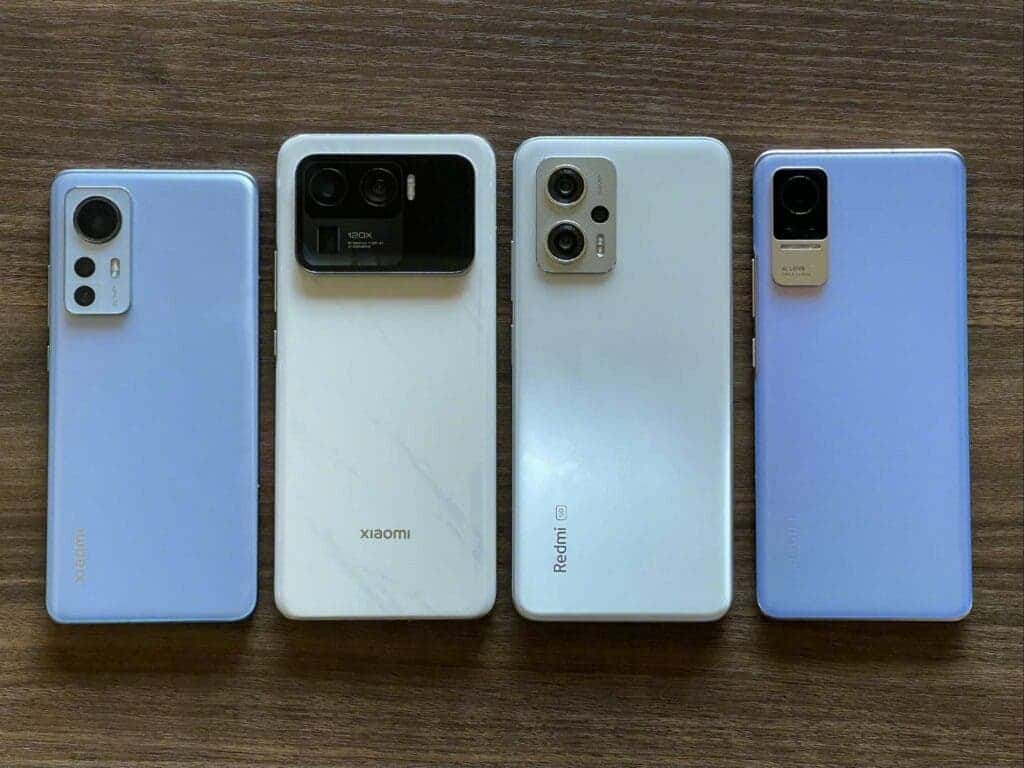 These four smartphones also represent the first echelon of Xiaomi’s industrial design. Especially this year’s Xiaomi 12 series, it made great progress. It successfully gets rid of the previous “straight man” design of the Xiaomi digital series.

However, the most conspicuous of them is the Mi 11 Ultra, the first super-cup flagship in Xiaomi’s history. The huge rear camera module is very attractive, and it also brings very good imaging performance.

It is worth noting that, according to the current revelations, the Xiaomi 12 Ultra will also continue the design of the super large camera module. It will also bring a leap-forward enhancement, which is worth looking forward to.

Next HTC may release another smartphone