In recent times, there have been multiple reports regarding the upcoming iPhone 13 series. Although Apple will not release these devices before September this year, it has been a major topic of discussion. There have been various reports that the notch of Apple’s iPhone 13 will become smaller. The latest speculation revolves around a new leak that shows the front display of this device. 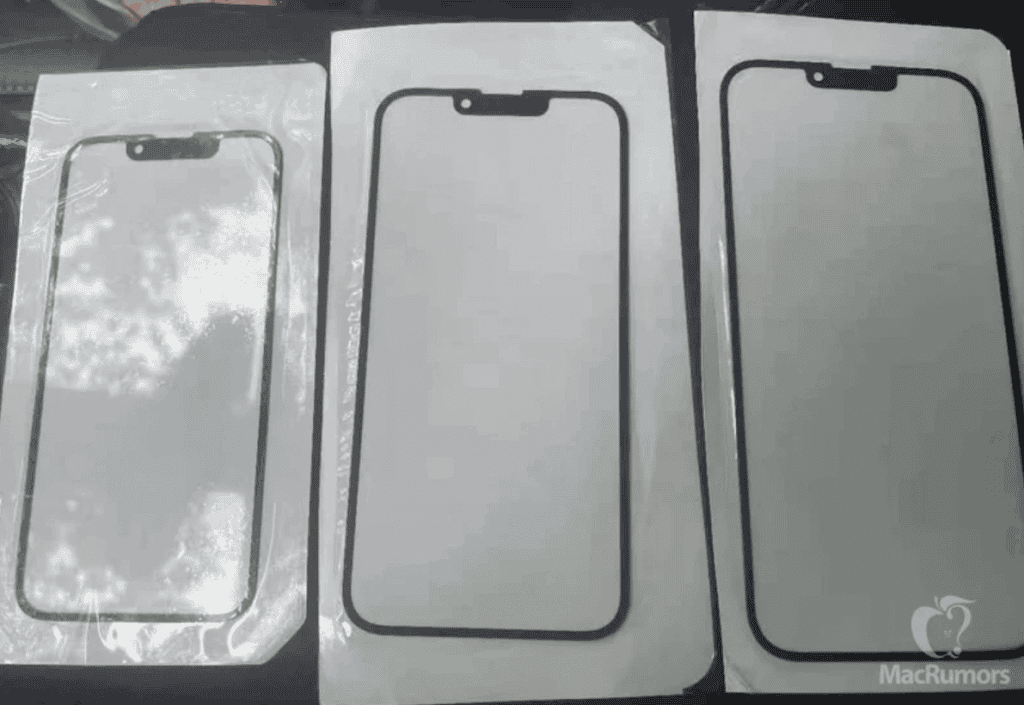 The latest leak from a Greek service provider, iRepair, shows an image that is reportedly the front glass panel of the iPhone 13 series. The image has the front panel of the three smartphones in this series. From the image, the size of the display is the same as the iPhone 12 series – 5.4 inches, 6.1 inches, and 6.7 inches.

In addition, the notch on each iPhone is significantly smaller (narrower). This is because the speakerphone of the new iPhone has been moved to the top position of the frame, which is a design trade-off. However, this may not be the final design of the iPhone 13. Considering that we have a few months before its official mass production, there is still time for significant design changes.

In fact, since Apple launched the iPhone X in 2017, the Face ID component has been constant. Tianfeng International analyst, Ming-Chi Guo, predicts that the notch of the new iPhone will be narrow. However, the popular Apple analyst but did not mention the change in the earpiece location. Furthermore, he also predicts that the iPhone may adopt a punch-hole screen design in 2022, similar to the Samsung Galaxy S21 and other recent Android smartphones. In 2023, Apple may launch a true full-screen design, using under-screen fingerprint recognition technology.

With the advent of the coronavirus pandemic, the Face ID technology is not really viable. This is because everybody walks around with a face mask. This prevents users from effectively using the Face ID feature. Although, Apple has an update that allows users to use the Face ID only if they have an Apple Watch on, not all iPhone users own an Apple Watch.

To this end, there have been speculations that the iPhone 13 will come with a Touch ID biometric sensor. Some other reports claim that it will combine both Face ID and Touch ID. This combination is very complex and not easy to achieve. The iPhone 13 series will probably officially arrive in September or October this year.