According to reports, the new iPhone 12 series sold about 80 million units in Q4 2020 alone. This is an increase of about 10 million units relative to last year. The research records show an increase of 14.9%. As we all know, the iPhone 12 series does not come with a charger in the box. According to Apple, it had to remove the charger considering environmental protection. In addition to the charger, the iPhone 12 series does not also have an earphone in the box. This has been a subject of discussion for many months. Since the new iPhones do not have chargers in the box, what chargers are these iPhone users using? 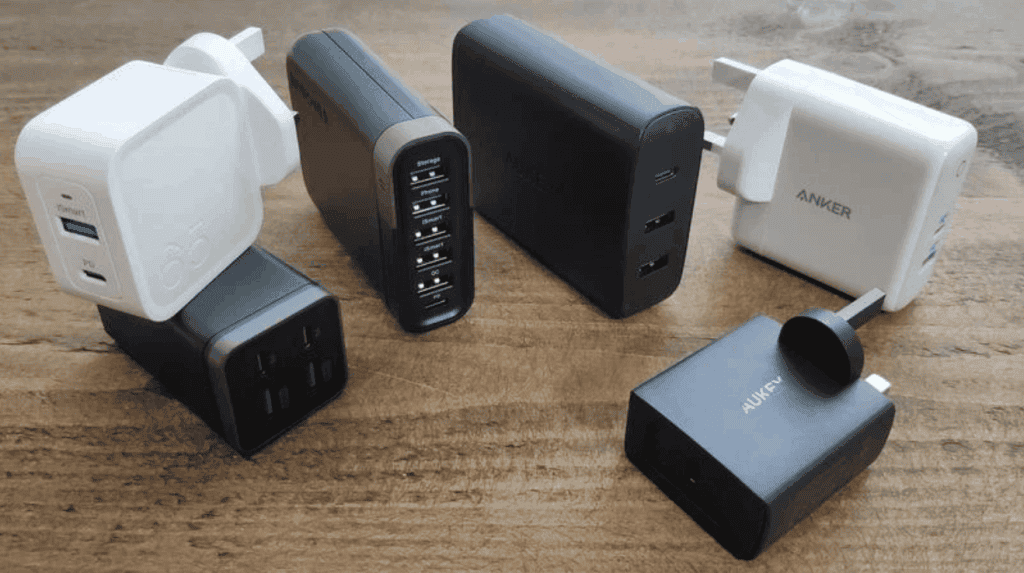 “We recommend that you reuse the existing USB-A to Lightning cable, power adapter, and earphones, all of which are compatible with this iPhone. But if you need any new Apple power adapters or headphones, you can buy them at any time”.

Apple’s idea is simple, it’s either you use the old chargers or buy a new one. Apparently, many users do not have old apple chargers. Thus, our messages have been filled with questions regarding what charger to use on the new iPhones.

Be careful when you want to buy a charger

Presently, there is a plethora of chargers, even 20W fast chargers in the market. However, as you all know, not all these chargers are safe and entirely compatible with the iPhones. In fact, many of these chargers do not have Apple’s recommendation. 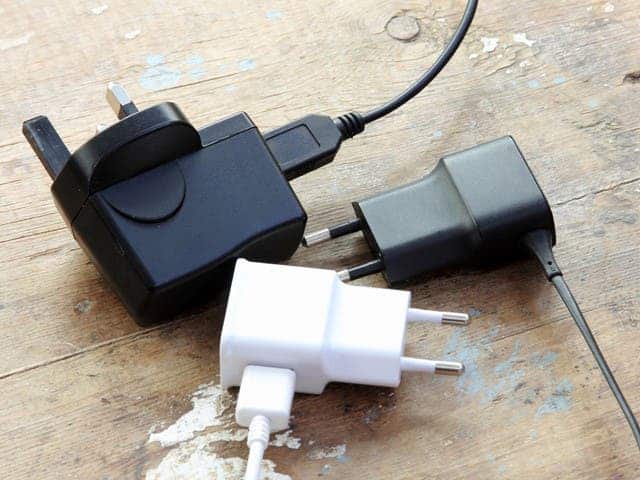 When it comes to the safety of chargers, it is best to stick to the big brands for multiple reasons. This is because bigger brands make more sales, thus if there is an issue with the charger, it hits the public easily. Also, you will get to see more reviews of the chargers from bigger brands. They also spend more money on product design and investment. Furthermore, big brands care a lot about their name, thus, they will not want to tarnish their image with junk products. Of course, the after-sales services of bigger brands are better. These are some of the reasons why bigger brands tend to get all the recommendations when it comes to chargers.

Therefore, safety-first users can choose major brands such as Apple, Xiaomi, ZMI, Nubia, Anker, and so on. However, we must all note that big brands do not mean absolute safety. Also, it doesn’t mean that brands that we did not mention are not good. Now, let us look at our top 10 chargers from which users can make their choice

Of course, the first on the list will be Apple’s official charger. The Apple 20W PD fast charge uses immovable pins. In terms of design, this charger is not different from the old 18W PD fast charging. In addition to the minor update of the output parameters of Apple’s 20W PD fast charge has the word “20W” on the shell. This makes it recognizable and convenient for ordinary users to distinguish from 18W PD fast charge. 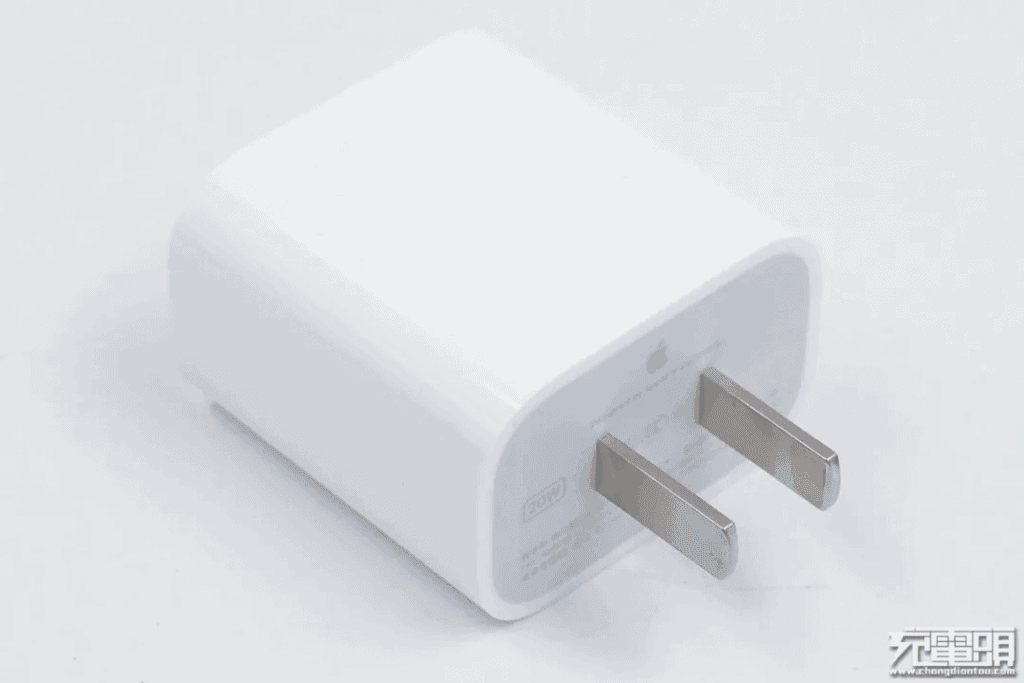 The Apple 20W PD fast charge only supports the USB PD2.0 fast charge protocol. The output PDO is 5V 3A and 9V 2.22A. It is designed for iPhone 12 and is compatible with all iPhones and iPads. This charger sells for about $23

The Xiaomi 20W PD charger has a classic shape and it’s simple and elegant. The input end uses fixed pins while the USB-C port is in the center of the top surface. Of course, the packaging is also “environmentally friendly”. 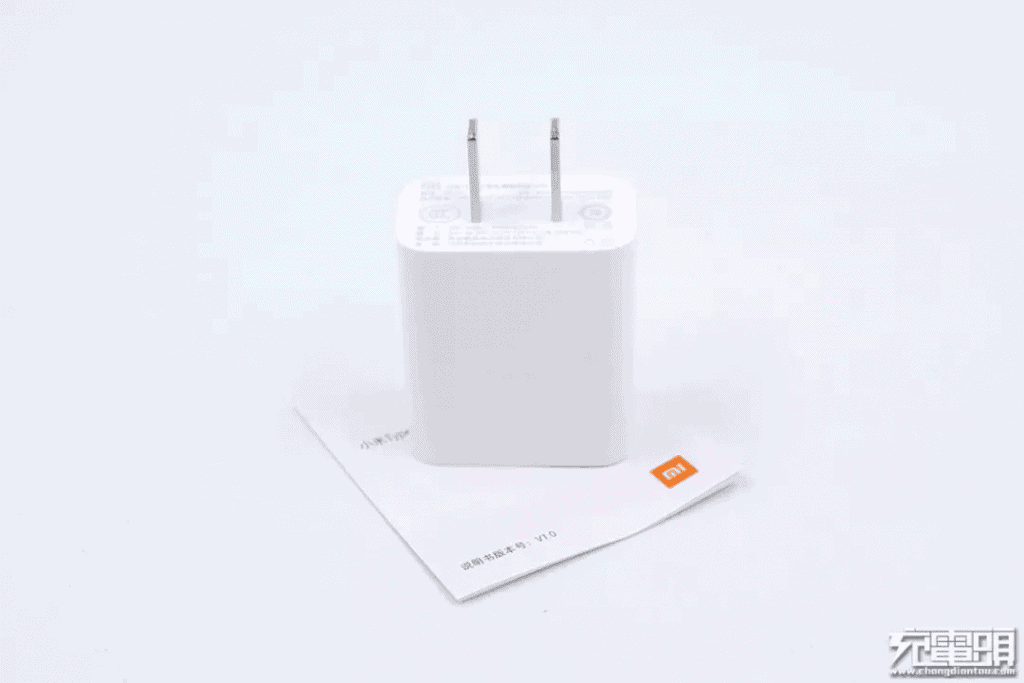 The charger supports multiple protocols such as QC, AFC, FCP, PD3.0, and supports 9V2.22A and 12V1.66A output. The maximum 20W PD fast charge can meet the charging needs of the iPhone 12 series. It also supports iPhone 11 series as well as other mobile phones. In addition, it is very cost-effective. This charger sells for about $6

The JSAUX 20W PD fast-charge charger adopts a sea blue color. The design of this device is elegant with sharp edges and gentle curve corners. The shape of this charger has its own unique style. In addition, it is one of the few 20W PD chargers with foldable pins. This makes it very convenient to use and carry about. 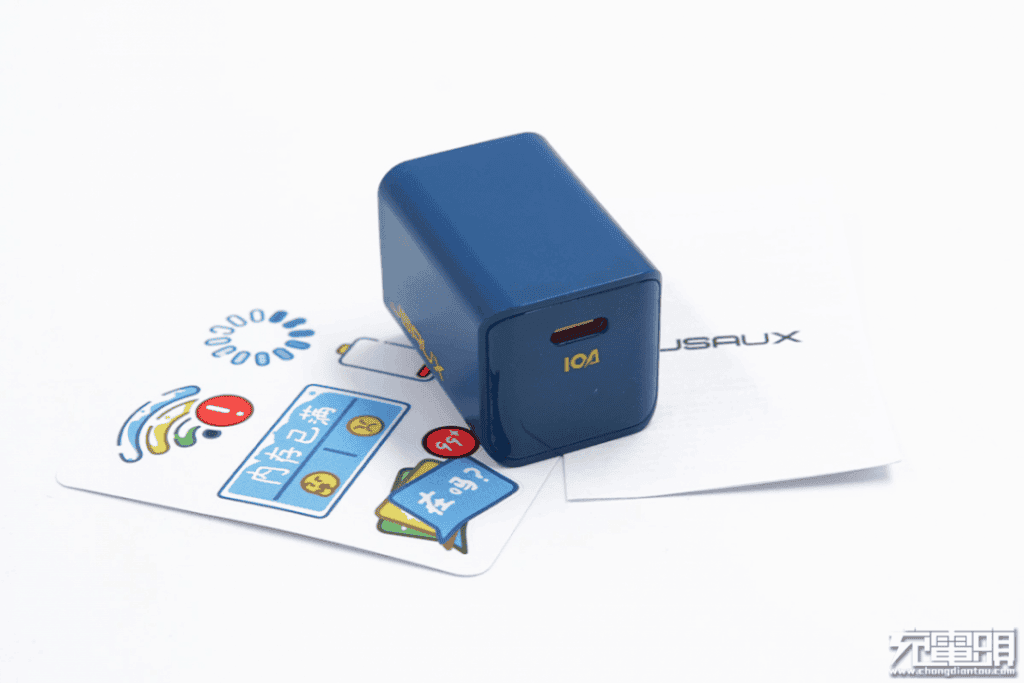 Nubia 22.5W sugar cube has four colours including cream white, matcha green, strawberry powder, and mint blue. The words “nubia 22.5W CUBE” are printed on the side as an embellishment. It has a smooth and shiny surface that is crystal clear. 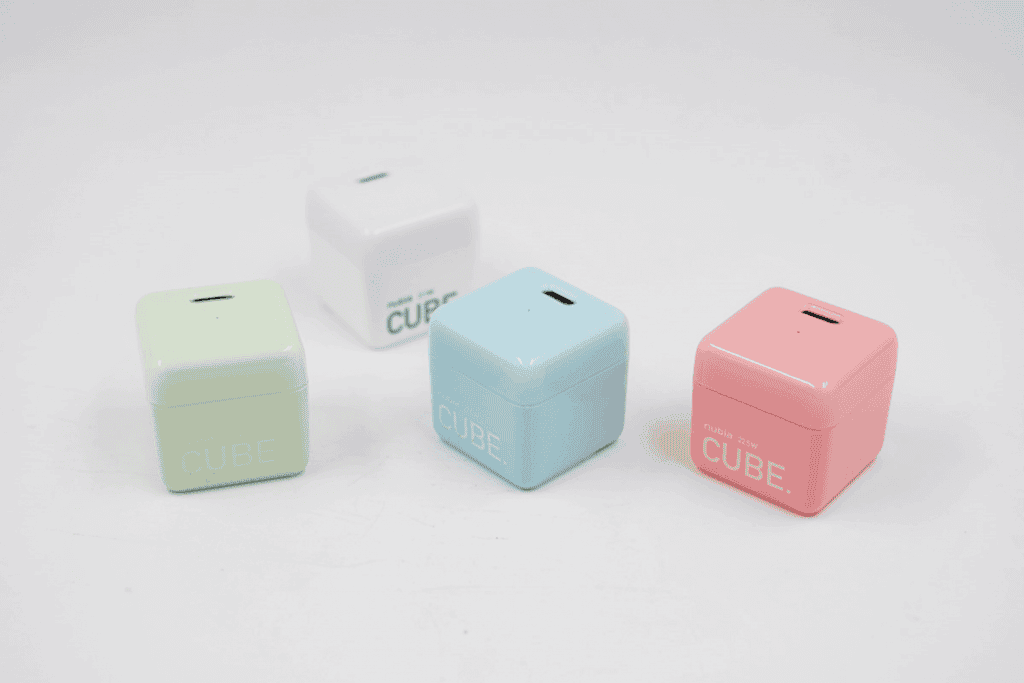 The charger also has three sets of fixed voltage gears: 5V 3A, 9V 2.22A, and 12V 1.66A, and a PPS voltage level of 5.5-11V 2A. This can provide good fast-charging services for devices that require PPS charging.

In addition to the Nubia Red Magic phones, this charger is also compatible with iPhones, iPads, and MacBooks. This charger sells for about $9

The appearance of the Anker 20W charger is the same as the previous generation Anker Nano 18W charger. The body is made of flame-retardant plastic material as well as frosted sides. On the sides, the company adds the “ANKER” logo to give it a better appearance. The charger interface is set in the lower position and it also has a blue USB-C interface. 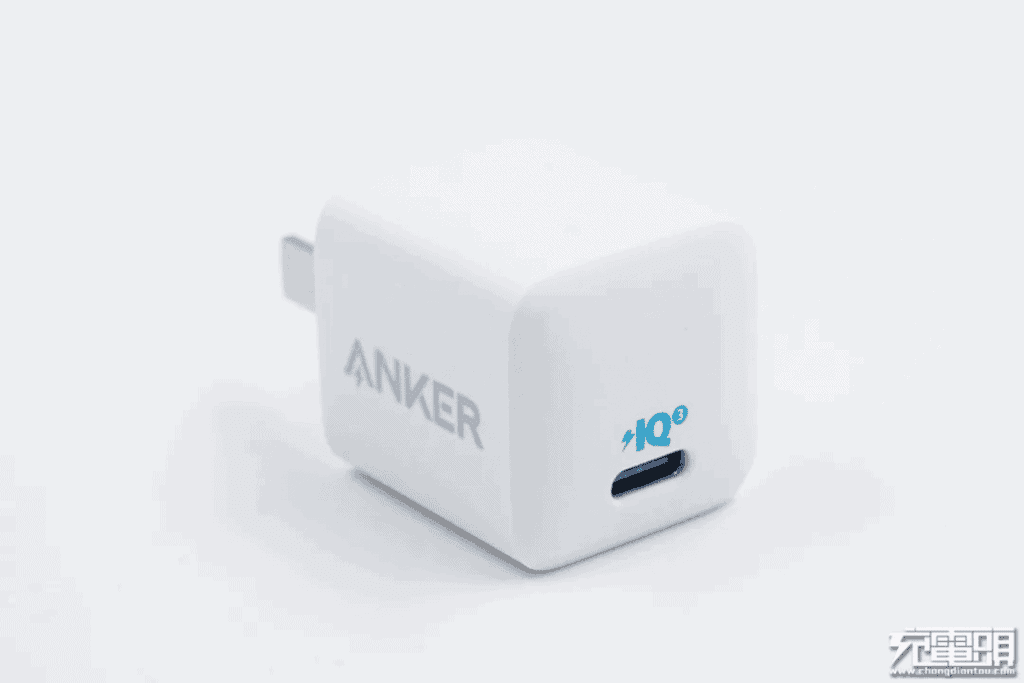 The size of the Anker 20W charger is almost the same as that of Apple’s charger, and the style is similar. This charger supports Apple2.4A, QC2.0, QC3.0, and PD3.0 fast charging protocols. It also supports two fixed voltage gears of 5V 3A and 9V 2.22A. This charger sells for about $11

Everyone knows the relationship between ZMI and Xiaomi. According to reviews and dismantling, Xiaomi’s 20W and ZMI’s 20W fast chargers are technically the same. In addition, both devices are also very cost-effective. 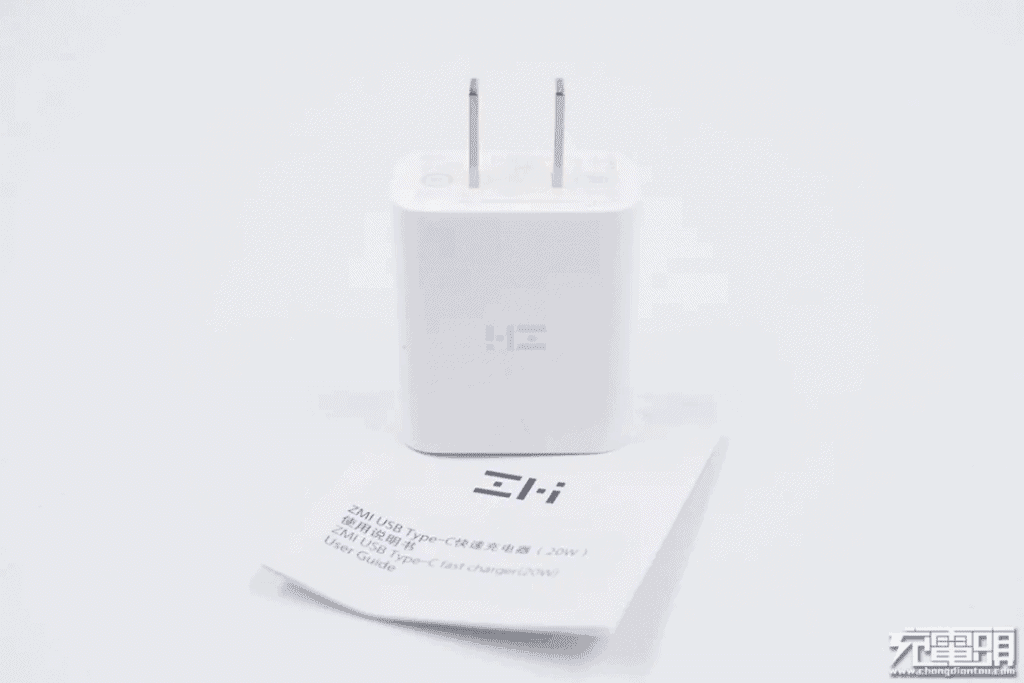 The ZMI 20W PD charger has a classic shape and it’s simple and durable. The overall design is small and exquisite with fixed pins. The USB-C port is in the center of the top surface. The packaging is also “environmentally friendly”.

The charger supports QC, AFC, FCP, PD3.0 multiple protocols. It also supports 9V 2.22A and 12V 1.67A output. Furthermore, the maximum 20W PD fast charge can meet the charging needs of the iPhone 12 series. It is also cost-effective as it sells for $6 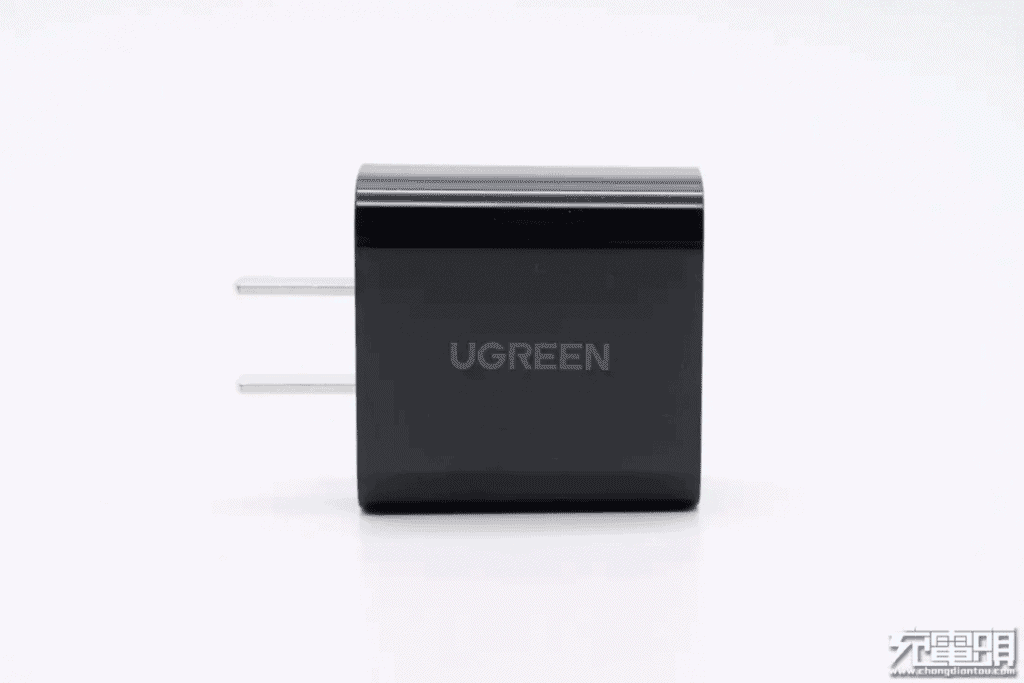 The USB-C interface of the ZMI 30W 1A1C dual-port charger supports PD3.0 PPS fast charging. This is compatible with devices that support PD. 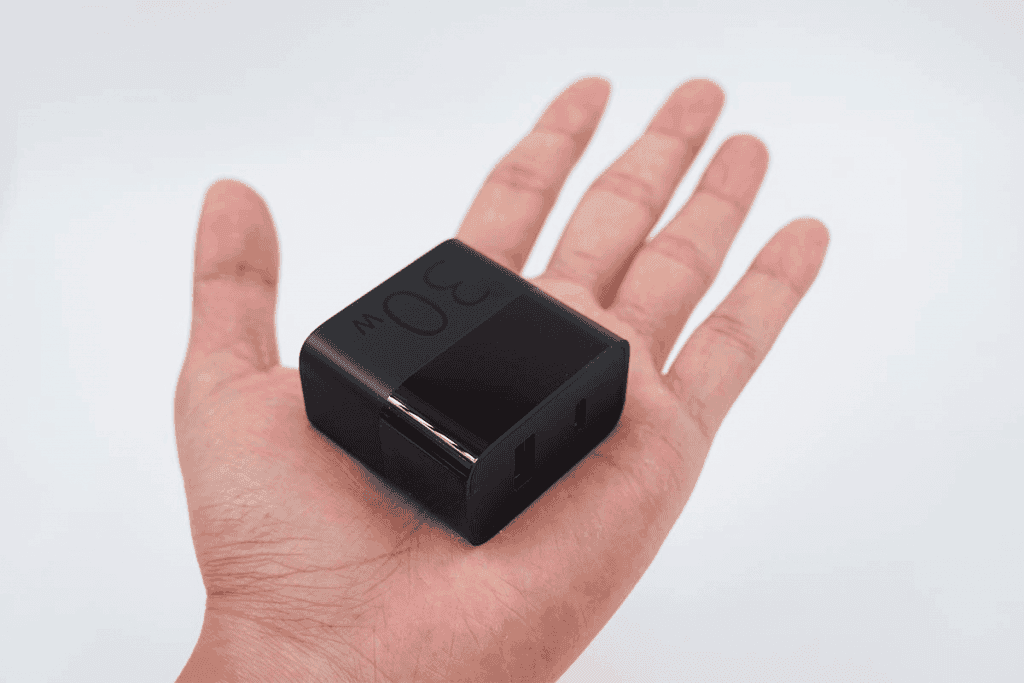 The USB-A interface supports fast charging protocols such as QC, FCP, and AFC. It also supports Xiaomi’s 27W Charge Turbo fast charging, which is suitable for Huawei, Samsung, and Xiaomi users.  However, this charger also supports the latest iPhones and charges them quite well. This charger sells for $9. 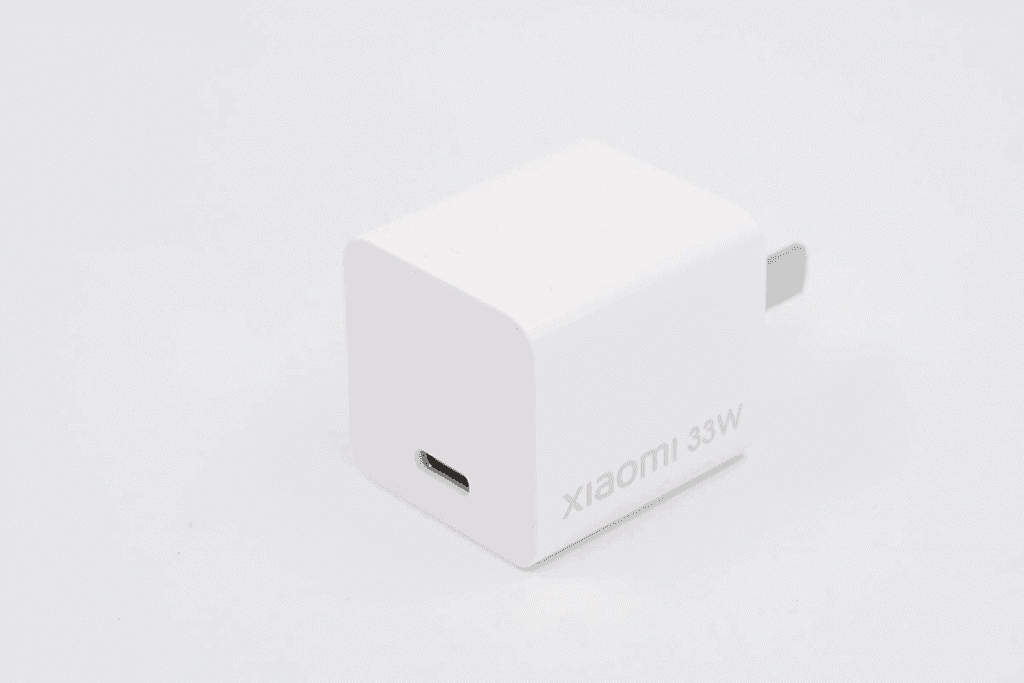 The Xiaomi 33W fast charger charges smartphones, tablets, and even laptops. One charger can solve the power demand of three or even four sets of electronic devices, and the size is very small. As for the price, this device sells for about $12 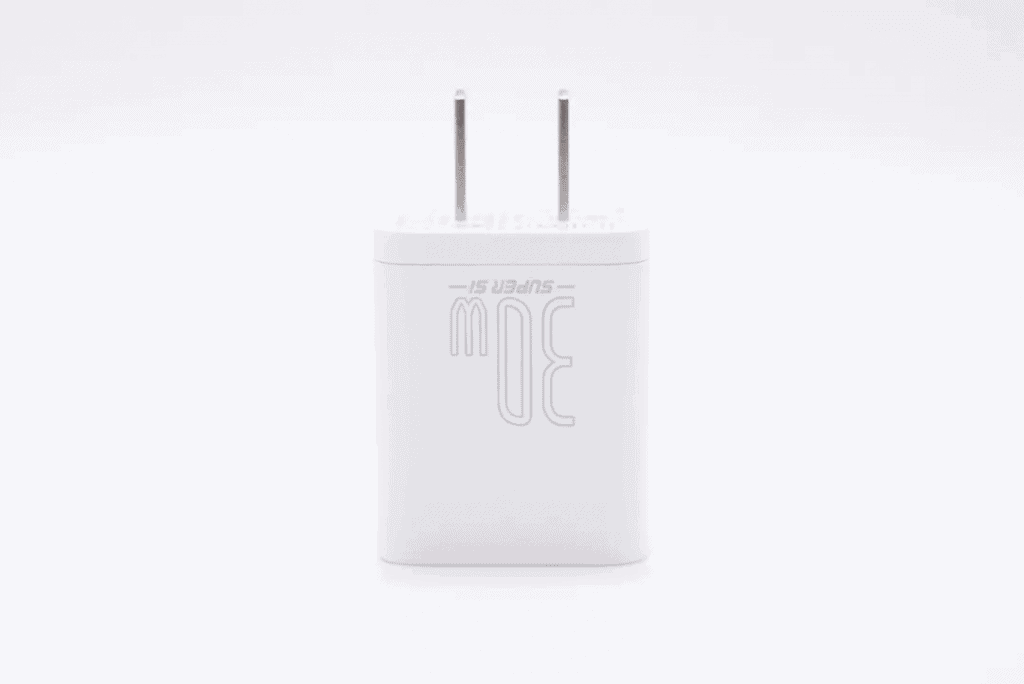 Baseus 30W Super Si fast charge charger continues the 20W super silicon ID design, the surface of the straight body is matte, the interface is decorated with a metal ring, and the whole device is small and exquisite. Compared with Apple’s 30W charger, it has a huge volume advantage, which can be regarded as a mini charger in the 30W power class. The charger supports QC, AFC, FCP, PD fast charging protocols, with 5V3A, 9V3A, 12V2.5A, 15V2A, 20V1.5A five complete voltage gears. This device meets the charging needs of tablets and other devices. This device is in the market for $11

If you look at the top 10 list, only the official Apple charger costs above $12. The others are cost-effective alternatives to the official Apple charger. The after-sale services of the devices on the list are great. Thus, if there is an issue with the charger, you can be sure to get a response from the company. However, it is important to know that there are many clones in the market. Be sure to buy your chargers from official channels. This will ensure the safety of both the charger and your smartphone.