Today Xiaomi has officially confirmed that the company has a new chip of its own design ready. This has delighted fans awaiting the release of the successor to the Surge S1 SoC introduced in 2017.

However, it should be noted that this time we are not talking about a SoC. Sources point out that this is an image processing processor (ISP). Modern SoCs include CPUs, GPUs, ISPs, NPUs, and other units that are dedicated for various tasks.

According to previous reports, the Xiaomi ISP will be an independent processor that will be responsible for processing data from the camera. It can process information about color, lighting and other information collected by the image sensor and produce the highest quality image in the end.

Influenced by this news, coupled with rumors that Xiaomi and Great Wall are making cars, Hong Kong shares of the Xiaomi Group are up by nearly 8%.

The presentation of the Xiaomi image processor will take place on March 29. 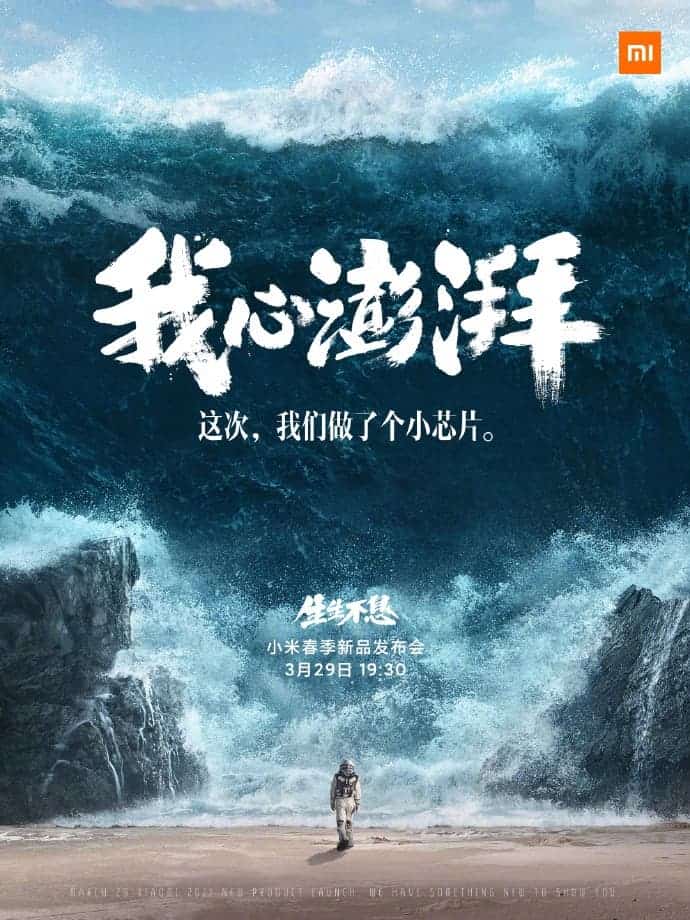 It is worth mentioning that Xiaomi has registered new trademarks with the local patent office – Xiaomi Auto and Xiaomi Automobile. And although registration in itself does not mean anything, the appearance of this data on the wave of rumors about the start of work on its own electric vehicles makes one think that the company has taken seriously a new direction for itself.

Recall that exactly a week ago, local media reported that work on the Xiaomi electric car would start within 1-2 months (most likely in April), and Xiaomi veteran Wang Chuan, who was at the origin of Xiaomi TV, was appointed responsible for the project. – the most profitable business after mobile devices. Wang Chuan is already allegedly recruiting from China’s auto industry.

And now there are new details. Xiaomi is in talks with Great Wall Motors to produce its first electric vehicle; according to a Reuters report cited by a Chinese source. Moreover, these negotiations are either in the final phase, or have already been completed; since the announcement of the cooperation will take place next week. It is possible that Xiaomi will do this at the big announcement event on March 29th.

Xiaomi’s electric vehicle (or electric vehicles) are expected to target the mainstream – much like smartphones. This means that they will be cheaper than the Tesla Model 3 and the promising Model 2. That is, the price will be about $ 20,000. Great Wall actively advises Xiaomi on various car development issues, which it has never done for anyone else.

Recall that some recent reports point that Huawei is also working on its own electric cars, and it may cost around $45,000