Xiaomi has officially confirmed, the Mi Smart Band 6 will be unveiled on March 29. The company will unveil its highly-anticipated Mi 11 Pro and Mi 11 Ultra at the event and will also showcase the new Mi Mix smartphone which is rumored to be a foldable phone. Now, the company is bringing its Mi Smart Band 6 / Mi Band 6 with rumored support for replies in WhatsApp and Telegram. It’s interesting to see the new wearable coming at this point. After all, the Mi Smart Band 5 was introduced last July. We assume that the last year’s model was delayed by the pandemic, but for this year’s model, Xiaomi managed to bring it to the intended schedule.

Are you ready for the brand new #MiSmartBand6?

The company took to Twitter to tease the arrival of its new health tracker. The company is asking its fans if they are ready for the “Mi Smart Band 6” and is inviting them to Xiaomi 2021 New Product Launch at 19:30 (GMT+8) on March 29. Unfortunately, the company didn’t unveil new details about the new fitness tracker. However, it shared a video clip on Twitter showing the wearables in different colors and watch faces. Moreover, a poster from Weibo showcases the Mi Smart Band 6 from a different angle.

The new wearable will reach overseas as Mi Smart Band 6, but in China, it will carry the popular Mi Band 6 moniker. Both are pretty similar, but only the Chinese version is rumored to come with an NFC chip on board. Xiaomi offers support for cashless payment systems through the Mi Band on its domestic market. Unfortunately, this support didn’t reach global markets yet. According to previous information, the new fitness tracker will feature a built-in GPS, SpO2 sensor, and 19 new exercise modes.

The SpO2 sensor is one of the most demanded features in these days of COVID-19. After all, it helps users to monitor their levels of oxygen if they are infected by the virus. It’s a good way to track body degradation. Another important addition is GPS support. The navigation system will reduce the dependency on smartphones. 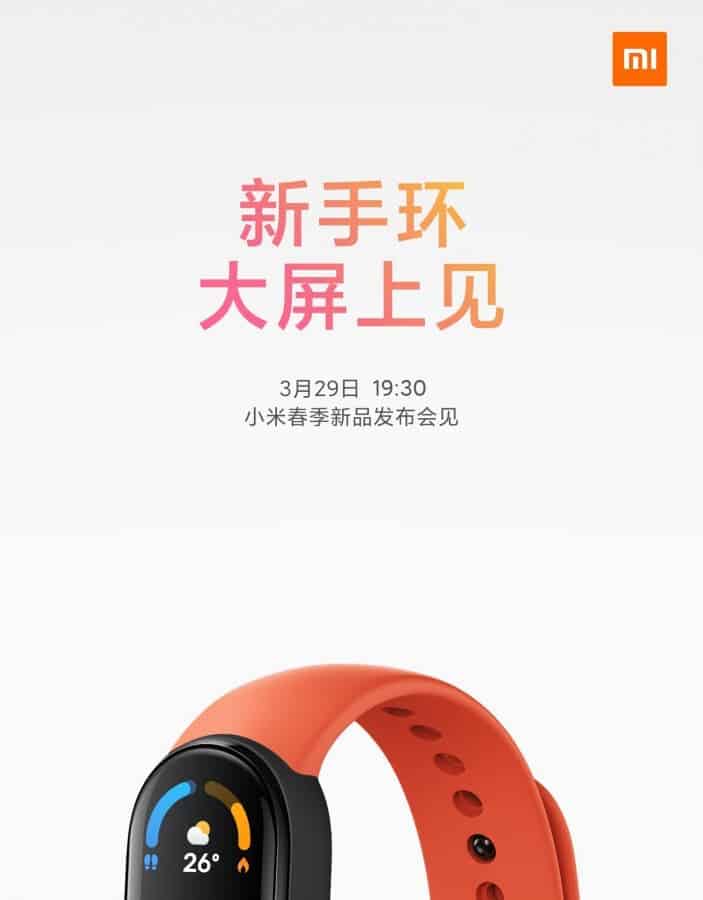 Another addition is a Pomodoro Timer. It will allow you to control your smart home devices that use the Mi Home platform. However, it’s unclear if this feature will reach both global and Chinese variants. We’ll surely find that out on Monday.

Worth noting that a couple of days ago, the Mi Band 6 was revealed in the FCC database. Its design isn’t taking big departures from the previous model.