The wearable market has grown significantly over the last couple of years with more smartphone users opting for wireless earbuds and smartwatches/fitness trackers. Almost all major smartphone companies are now offering both products under their portfolio. What’s more, is the fact that these wearables have now managed to become companys’ top priority. You can always almost expect one of these wearables to launch at any major smartphone event. Well, Casio has now launched its first-ever G-Shock smartwatch that runs on Android WearOS dubbed G-Squad Pro.

Casio G-Squad Pro is the first G-Shock that runs on WearOS! 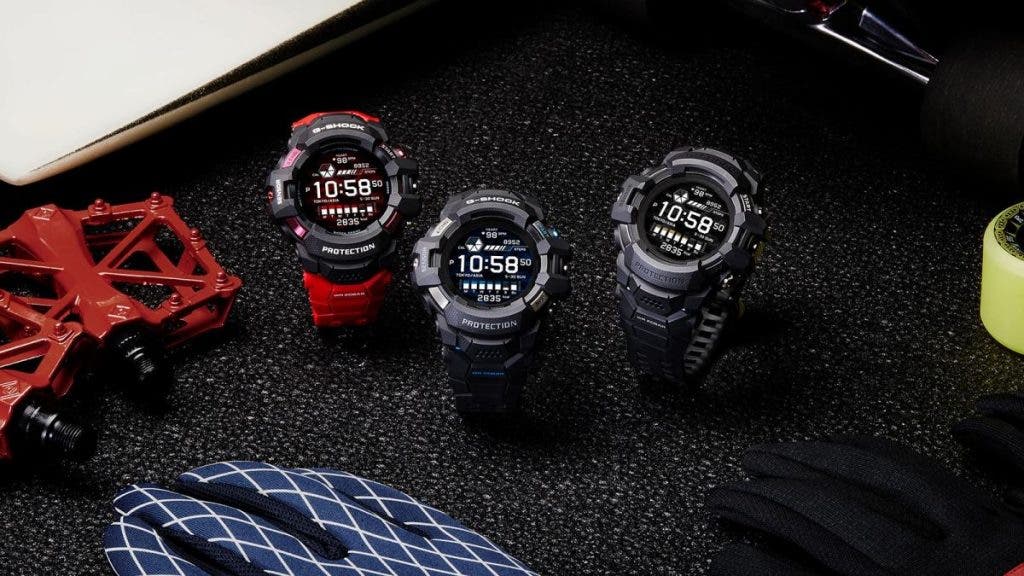 Earlier today, Casio introduced its new G-Shock watch or should we say smartwatch as it runs on Android WearOS. The smartwatch follows the same iconic rugged design that we expect from any G-Shock watch. This means that we’re now looking at an amalgam of rugged and smart features which is something most companies are now putting their focus on *pointing towards Apple*.

Casio G-Squad Pro is equipped with a 1.2-inch dual-layer display – one being the color LCD one while the other being the monochrome always-on panel on top. Just like any G-Shock watch out there, this one is also quite impressive in terms of build. We’re looking at shock-resistant and 20 bar of water resistance meaning it can withstand extreme activities. 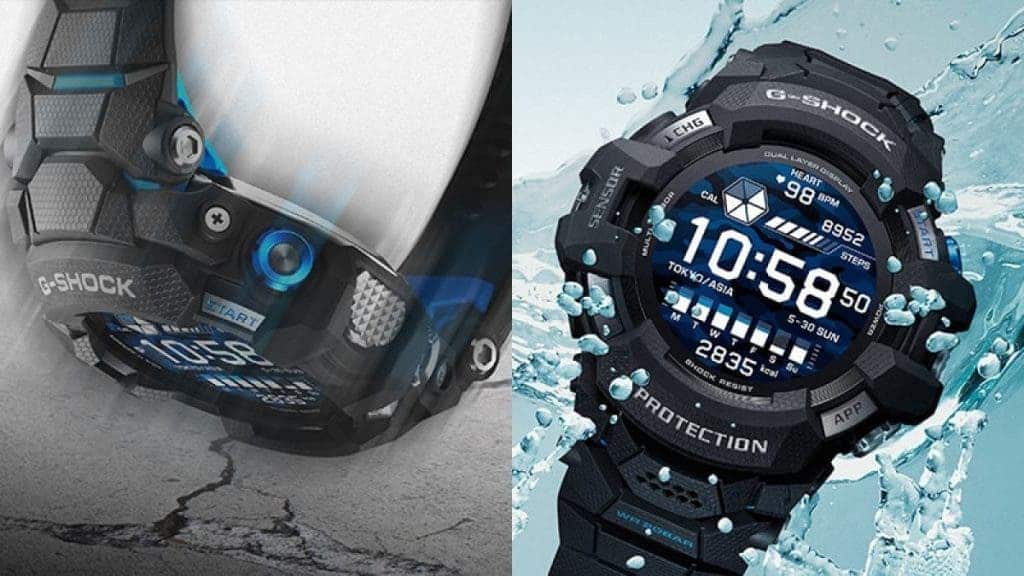 Coming to the smart features, the smartwatch offers heart rate tracking along with blood oxygen saturation measurement support. Of course, it can also track and monitor your sleep activities and pattern. The wearable supports tracking of 15 activities and 24 indoor workout options. Casio has also added an onboard GPS for all your navigation and tracking needs. We’re also looking at compass and barometer sensors under the hood.

As mentioned earlier, Casio G-Squad Pro runs on Android WearOS meaning you’ll have all the features of this operating system. To give a personal touch, Casio has added some of its iconic watch faces. You’ll also find some custom in-house apps that will help you with various tracked data such as altitude measurements, tide graphs, road gradients, and more.

All of these are packed inside a titanium casing while the buttons and portions of the top part are built using aluminum. Lastly, we’re looking at a battery life of up to a month according to the company’s claims. Of course, the more you’ll use monochrome, the longest your watch will last on a single charge.

Coming to the thing that you might be wondering most about – the official price tag of the smartwatch, Well, Casio G-Squad Pro will set you back around $699. At this price tag, the brand will directly compete with the likes of top-end Apple Watches. Casio’s offering comes in three different color options – Red, Dark Blue, and Black. Sadly, there’s no concrete information on the availability.