Gaming smartphones have already firmly established themselves in the market and occupy their own niche, albeit a small one. Xiaomi, ASUS and Nubia have already released their new products, and now Lenovo is preparing to present its device for gamers. We are talking about Lenovo Legion 2 Pro, which will be announced in China on April 8.

Today the company announced that the new product will have a display with a near-tablet diagonal – 6.92 inches. For comparison, last year’s Lenovo Legion Pro has a 6.55-inch screen. But the refresh rate will remain the same – 144 GHz. The company intends to use the Samsung AMOLED E4 panel, which will receive “symmetrical bezels, the highest refresh rate and the lowest latency in the industry.”

It is known that the screen resolution will be 2460×1080 pixels, there will be a Snapdragon 888 chip inside, they will offer 12/16 GB of RAM and a flash drive with a capacity of 12/256/512 GB. Legion 2 Pro will run the Android 11 operating system and the front camera will, like its predecessor, be retractable on the side.

Among the features of the smartphone, we have a dual turbo fan and fast charging with a power of 110 watts. 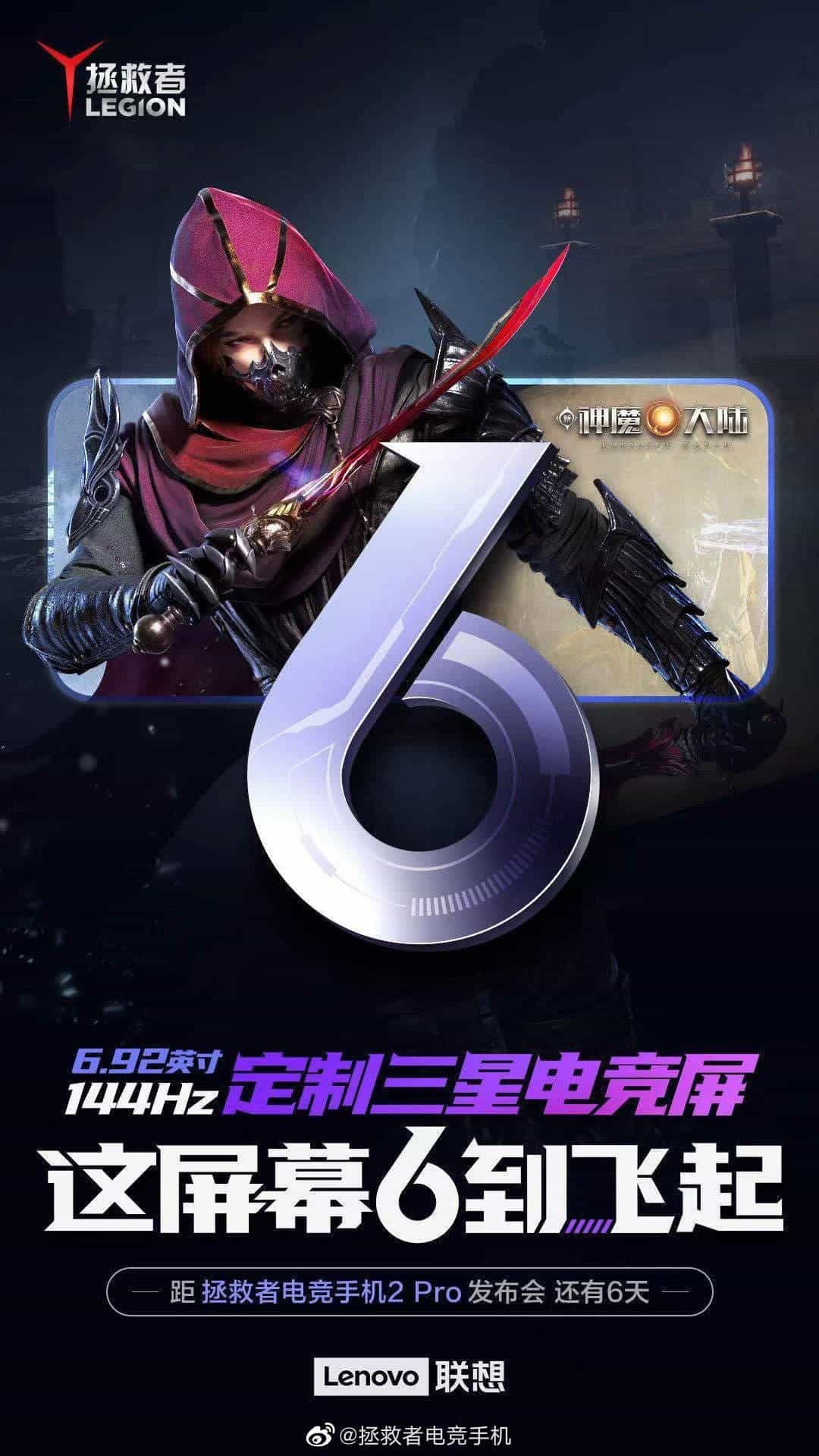 Lenovo unveiled its first gaming smartphone, the Legion Pro, last year; offering a range of solutions that are not typical for mobile devices. In particular, a retractable front camera on the side and two USB Type-C connectors. Now the manufacturer is preparing a sequel and again wants to offer something original in the Lenovo Legion Pro 2.

When developing the smartphone, engineers paid maximum attention to the cooling system. The company posted a teaser recently announcing that it has improved cooling by offering two rather than one fan. This is done in order to increase the efficiency of heat dissipation. It seems that in this way it was decided to fight the hot temper of the Snapdragon 888; and this particular chip should become the heart of the device. The smartphone has an LPDDR5 RAM and a modified linear engine.