The United States Patent and Trademark Office has released a new application from Apple. It talks about improving the reliability of flexible displays.

Now in more detail. One of the most insecure places in flexible displays is the fold. Cracks and, accordingly, broken pixels may appear in this area.

Apple decided to use an extra hard layer to fill in the cracks that appear to prevent large cracks from appearing. It is planned to use “filler particles in a polymer matrix” in this layer. These can be ceramic particles Al2O, MgAlO 4, SiAlON, AlON or ZrO2.

The extra layer will also be able to better protect the screen from bumps and scratches.

It’s just that Apple doesn’t talk about a flexible smartphone in the patent. This patent may never be used at all. According to rumors, Apple is currently testing prototypes of flexible iPhones in various form factors, but there is still no affirmative decision on the release of such a device. 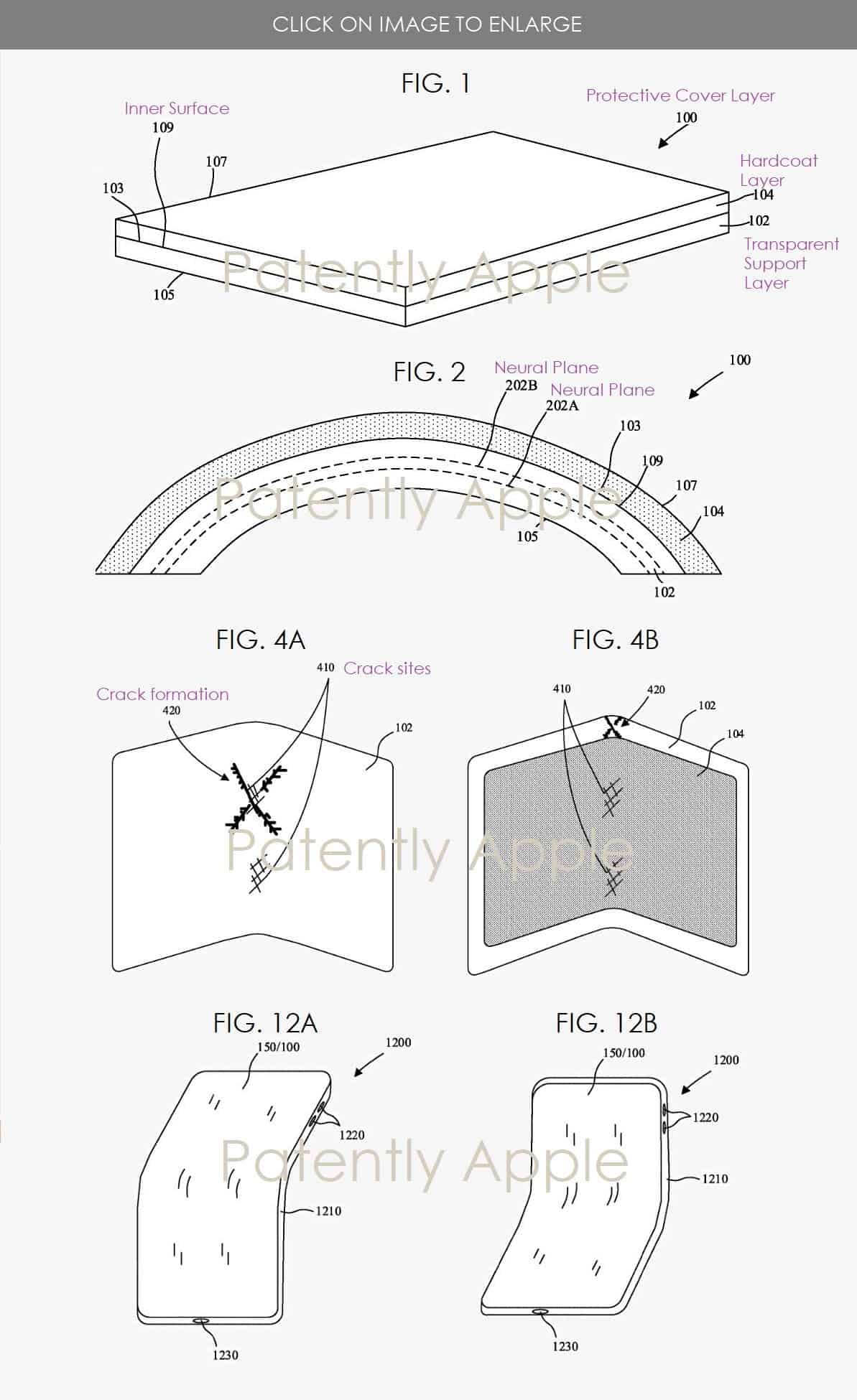 Last Thursday marks 45 years since the founding of Apple. It was on April 1, 1976, that Steve Jobs, Steve Wozniak and Ronald Wayne founded one of the most famous companies today.

Interestingly, on April 13, 1976, 12 days after the company was incorporated, Wayne sold his 10% stake to Jobs and Wozniak for only $2,300. Given Apple’s current value, its stake would be worth more than $ 200 billion today. The history of the “apple” company began in the garage of Jobs’ home in Los Altos, California. There he worked with Wozniak to build and test the first Apple I computers. Jobs then entered into an agreement to sell these devices with Byte Shop in Mountain View. The first devices were sold in July 1976 for $666.66.

Apple has experienced a number of ups and downs throughout its history. The company’s modern history began in the late 1990s, when the previously dismissed Jobs returned to the CEO post. It was he who made Apple what we know it now. Jobs’ return to the company was marked by the termination of the release of a number of unsuccessful products and the launch of the legendary iMac G3, which became the pioneer of the company’s modern all-in-ones.

Apple’s iconic products include the Macintosh personal computer, introduced in 1984, the iPod, which was released in 2001, and of course the iPhone, launched in 2007, that revolutionized the mobile phone market.

2020 was Apple’s most successful fiscal year. The company completed it with a record $111 billion in revenue in the fourth quarter. Apple is now valued at over $2 trillion. Analysts expect this figure to reach $3 trillion soon. In addition, Apple is expected to announce its first mixed reality headset in the coming months, introducing itself into a new product category.