As AndroidAuthority reports, recently, there have been many users complaining of the heating problems seen on the newly released OnePlus 9 Pro. The company hasn’t reacted yet. 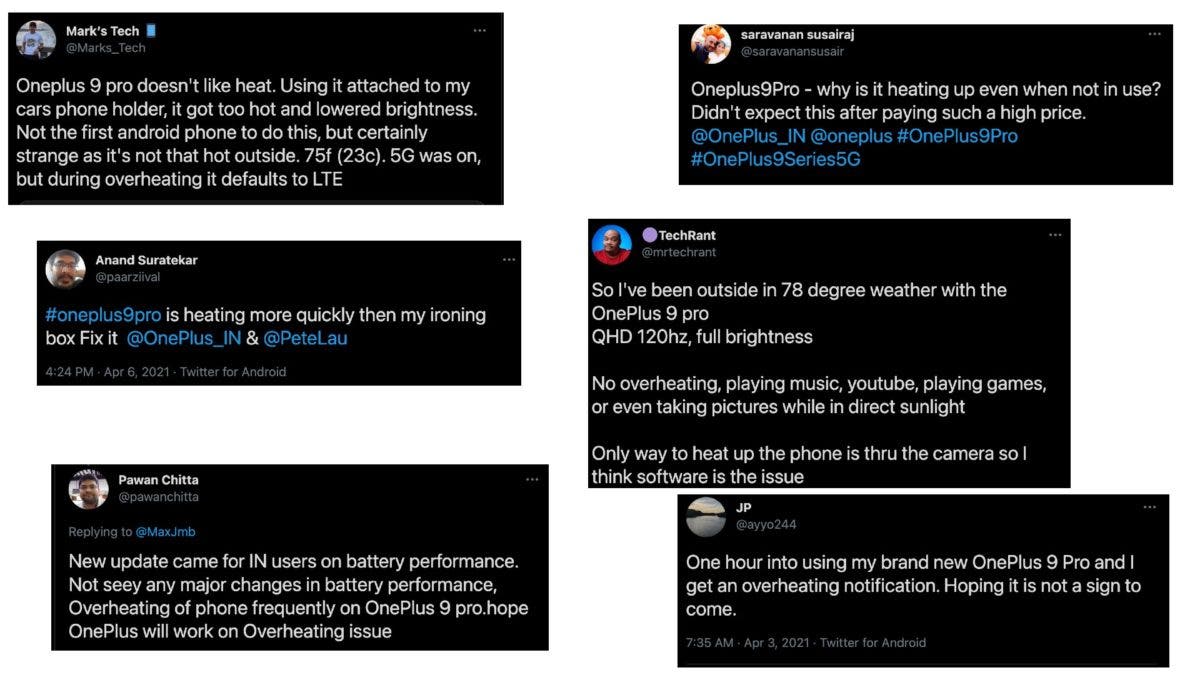 First, we thought it’s related to the camera software as many users say the heating problem occurs when they take photos or record videos. Some of them even couldn’t finish recording a 4K video because of this. In the past two weeks, OnePlus pushed a couple of OTA updates to fix bugs in the camera app. So there has been every reason to think besides fixing the existing problems they also did something that made the phone overheat.

But the second group of users shared quite different scenarios, in which their phones heat. Particularly they said that the OnePlus 9 Pro showed overheating notifications during the first setup. There were cases when the phone became quite hot even not being in use. When the handset overheats, it causes serious problems for using various apps, such as the camera app. The system will even block those apps.

In fact, the manufacturer has already pushed another update to fix the problems of the battery life. But users claim that there have been no serious changes in the battery performance. Instead, the phone still gets hot in certain scenarios.

However, there is no sign that this is a widespread problem. We mean either it is related to the camera app and if so, it could be solved quickly and very soon, or some batches of OnePlus 9 Pro smartphones were manufactured with this problem onboard. And for the latter, at least, the manufacturer can replace the defective models. But at the moment, OnePlus has not made any statement referring to the OnePlus 9 Pro heating problem.

Previous HarmonyOS will run on 300 million devices this year

Next Facebook data breach: Still no notification for over 530 million users