According to Wang Chenglu, President of Huawei’s Consumer Business Software Department and Head of AI, HarmonyOS offers a unifying language for intelligence, interconnection, and collaboration of different devices. Furthermore, he claims that the HarmonyOS will run on 300 million units of devices this year. At least, this is Huawei’s target for HarmonyOS this year. 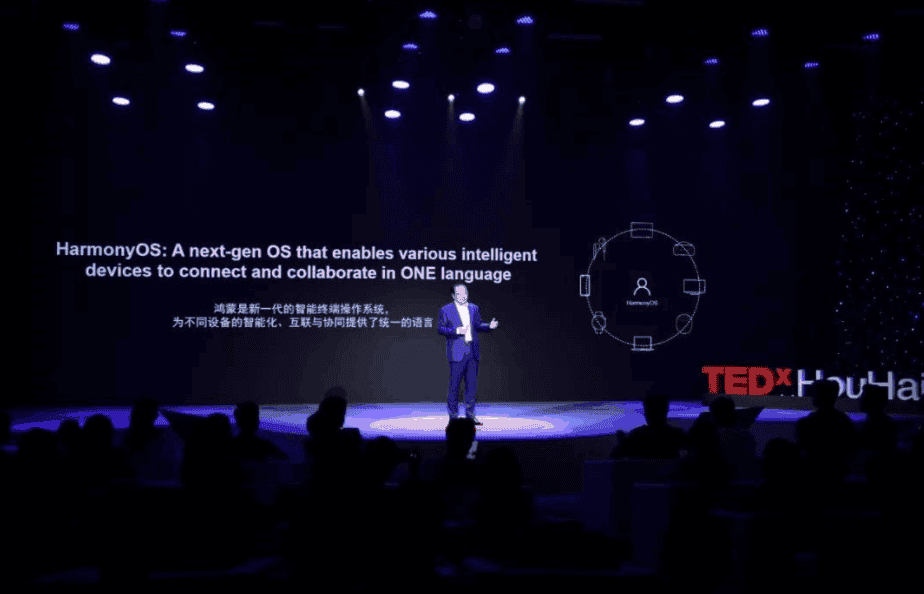 “But we see that the mobile Internet industry, which centers on mobile phones, is under pressure. Global smartphone shipments have declined since 2018 and will drop by about 6% year-on-year in 2020. At the same time, consumers use mobile phones for basically 4 to 5 hours per day. This has been the statistics for smartphone usage since 2018. These indicate that the industry has reached a critical moment when it must be transformed”.

HarmonyOS is designed for the future

He believes that HarmonyOS provides opportunities for the development of the next era. Despite the ban from the U.S., Huawei did not stop its pursuit of technological innovation. Huawei’s plan is to see that users’ smart devices do not stay without conn section. The company wants all smart devices to be able to collaborate efficiently.

“For example, you can use a smartwatch to determine certain critical scenarios. After the user falls asleep, the watch will detect sleep and cause the lighting to automatically turn off. Also, it will inform the air conditioner to automatically adjust the temperature to create the best sleeping environment. This is just like having a caring housekeeper at home. Also, during exercises, each exercise has connections to the other. The smart devices provide scientific exercise advice and comprehensive data analysis in real-time, becoming your personal trainer”.

Presently, this is not possible because different devices come with different operating systems. This makes it very difficult to connect them together and it is impossible to talk about intelligence. The interconnection of smart devices requires a unified language that allows devices to communicate with each other.

Wang Chenglu stated that the Harmony System is the next-generation operating system that enables various smart devices to connect and collaborate in ONE language. This system will integrate more devices from the underlying technology of the software so that multiple devices can not only be connected together. The ultimate target is to ensure that when using multiple devices, it is as simple as using a single device.