Realme will be celebrating its third anniversary next month in India with the release of its Realme GT 5G flagship, and maybe, the Realme GT Neo. The company started to build the hype in the low-tier segment with a bunch of new Realme C-series smartphones. Today, the Realme C20, Realme C21, and Realme C25 are going official in the country with prices between INR 6,999 and INR 10,999. This can be roughly converted to $95-$150.

The Realme C20 starts the family with a MediaTek Helio G35 chipset. It’s not the better MediaTek Chip in the market today. However, we can say that it delivers what it comes to deliver. It’s an Octa-Core chipset with eight Cortex-A53 cores clocked at 2.3GHz. It’s based on the old 12nm standard, but we can ask much in this price segment. The phone comes with 2GB of RAM and 32GB of expandable storage. It also has only one camera on the back, which is very unusual nowadays. It’s an 8MP shooter with an f/2.0 lens. The specs are built around a 6.5-inch Waterdrop Notch display with HD+ resolution and Corning Gorilla Glass 3. The handset has a 5MP selfie snapper. Lights are kept by a huge 5,000mAh battery, that unfortunately charges via an old micro USB port. 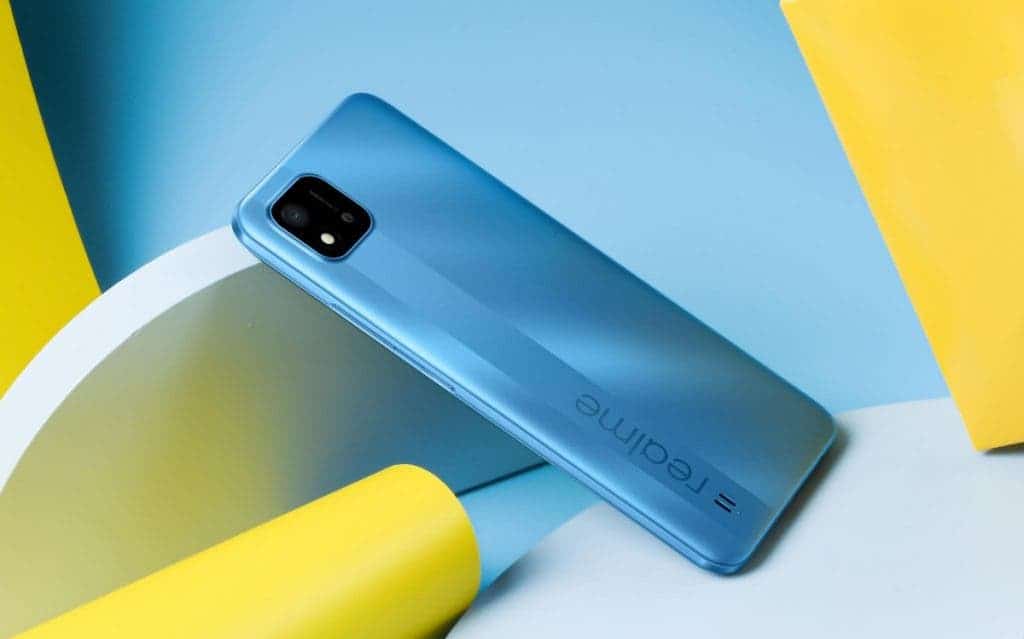 The company offers the Realme C20 in Cool Gray or Cool Blue colors. The price tag is INR 6,999 ($95) which is awesome for the package of specs. For non-demanding people, the Realme C20 certainly delivers. The device will be offered in Flipkart with a slight discount of INR 200. The first sale will happen on April 13.

The Realme C21 is as its own name suggests, just an incremental upgrade. It packs the same 6.5-inch LCD with HD+ resolution and carries the very same Helio G35 chipset under the hood. The main difference here is a Triple-Camera setup on the back comprising a 13MP main, and two 2MP modules. The phone also comes in two variants with 3GB RAM and 32GB of Storage and 4GB RAM and 64GB of Internal Storage. The Realme C21 comes in Cross Black or Cross Blue patterns on the back. The first sale will take place on April 14. 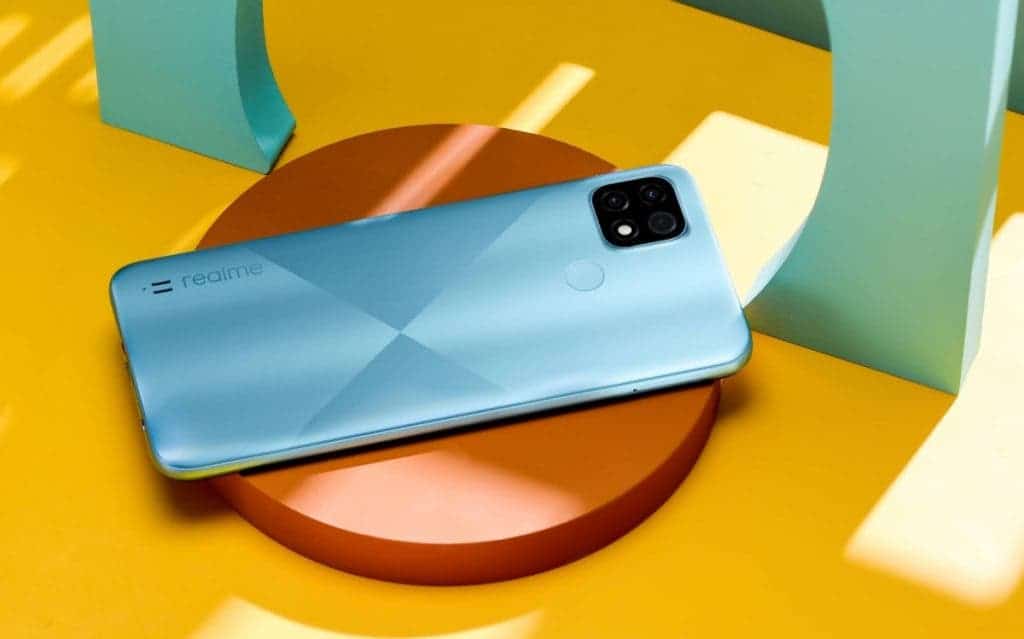 The Realme C25 certainly comes as the top-offering in the Realme C20 family. The phone brings a much better Helio G70 chipset paired with 4GB of RAM and up to 128GB of Internal Storage. The phone draws power from a massive 6,000mAh battery with 18W fast-charging through a USB-C port. It also has a Triple-camera setup led by a 48MP camera.

Previous Samsung Galaxy S21 vs iPhone 12: who gets cheaper faster