Since last year, there have been multiple speculations that the iPhone 13 will use a new biometric feature. In fact, several reports claim that it will come with an on-screen fingerprint sensor, It appears that this is true as the speculations keep getting stronger. According to a recent report, Apple’s team is developing an API that supports multiple authentication methods. These methods include Touch ID and Face ID authentication. 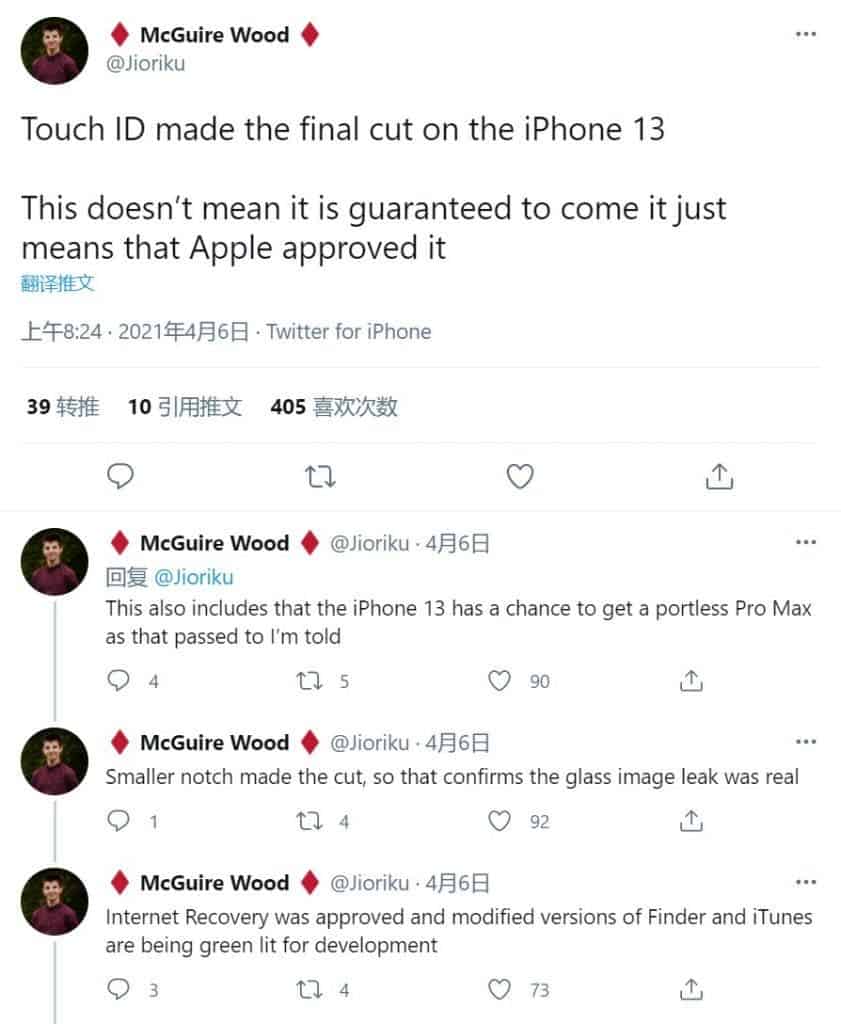 This indicates that the new iPhone 13 series to arrive later this user will use an on-screen fingerprint recognition technology. However, the leaker clear states that this does not mean that the iPhone 13 MUST use this technology. The reason for this is simple. We have a couple of months before this new iPhone arrives. This means that there is a lot of time for changes in the development process. It is very possible that Apple is developing this feature for future iPhones.

In addition, the leaker believes that the iPhone 13 Pro Max will expunge the charging interface and completely realize a holeless design. Furthermore, the notch size of the iPhone 13 will greatly reduce. At least, we can confirm this already as all the rumors so far point towards a small notch. The development team also approves Internet Recovery and there are new versions of Finder and iTunes.

Apple may place the sensor “on” the glass and not “under”

Apple’s on-screen fingerprint recognition method may integrate sensors on the glass, rather than “under-screen” in the true sense. This also means that once the mobile phone screen is damaged, it is difficult for users to replace the external screen glass separately from a third party.

Apple had previously applied for a Touch ID under-screen fingerprint recognition patent which uses “off-axis angle light” to read fingerprints more effectively without increasing the size of the components. Apple claims that this method can “improve the contrast of fingerprint imprints and maintain the size and compactness of the entire sensing system.

For a couple of years, Apple had to stick with the Face ID biometric recognition feature. However, with the advent of the coronavirus where users have to put on masks, Apple needed a change. This is why it is now developing the on-screen fingerprint sensor. Recall that this feature has been in the market for many years. For the past two years, most Android flagships come with an on-screen fingerprint sensor.