Today, the Huawei Global Analyst Conference 2021 took place in Shenzhen. Huawei’s rotating chairman Xu Zhijun said that the company had cooperated with three auto companies to build three sub-brands. Starting in the fourth quarter of this year, we will see the first Huawei cars coming our way from those sub-brands. So it turns out that unlike Xiaomi, one of the biggest tech companies in China will not design its own cars yet.

Xu Zhijun said that Huawei’s decision not to build cars and to help car companies build good cars was a matter of years of discussion. This strategy has not changed so far. Huawei has cooperated with three partners and will launch three brands of smart cars. More specifically, these brand will be jointly made by Huawei and its partners.

The first cooperation is between Huawei and BAIC New Energy. They will build the ARCFOX Polar Fox brand. Starting in the fourth quarter of this year, a series of vehicles will be launched on the market. The other two companies are Chongqing Changan and Guangzhou Automobile. However, the names of the two brands have not yet been determined.

Xu Zhijun said that the smart car products jointly launched by Huawei will carry the logo of Huawei inside. But not all models will use it. It will appear only on those cars that use Huawei’s autonomous driving solution.

Recently, Huawei Smart Car Solution BU has warmed up ARCFOX Polar Fox Alpha S on Weibo. From the first post, we see its positioning is the new generation of smart luxury pure electric cars. It will be released on April 17 in Shanghai. 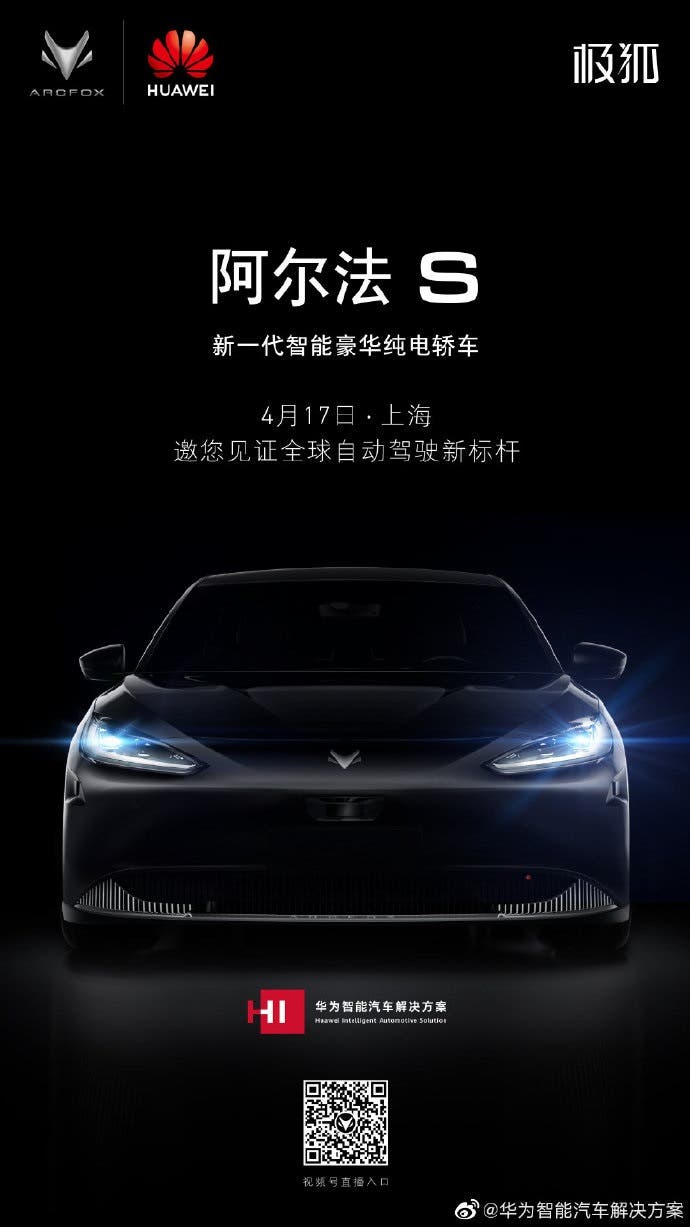 In December 2020, Huawei officially released its 96-line medium and long-range LIDAR products. Huawei’s LIDAR is rich in application scenarios, such as small long-distance obstacles, short-distance stoppages, near-end protrusions, tunnels, crossroads, basements, etc. Also, it has a high-speed vehicle detection ability. In addition, Wang Jun, President of Huawei Smart Car Solutions BU, revealed that Huawei plans to reduce the cost of LIDAR to US$200 or even US$100 in the future.

The BAIC Blue Valley ARCFOX Polar Fox αS HBT models will adopt the most advanced three-LIDAR-carrying solution. HBT will also come with 6 millimeter wave radars, 12 cameras, 13 ultrasonic radars, and a Huawei chip with a computing power of up to 352Tops, forming an autonomous driving solution above the L3 level.