A recent report shows that Huawei Technologies Co., Ltd. recently published a patent for “a hard carbon anode material, lithium-ion battery, and its preparation method and application”. This patent comes with the publication number, CN112645300A. 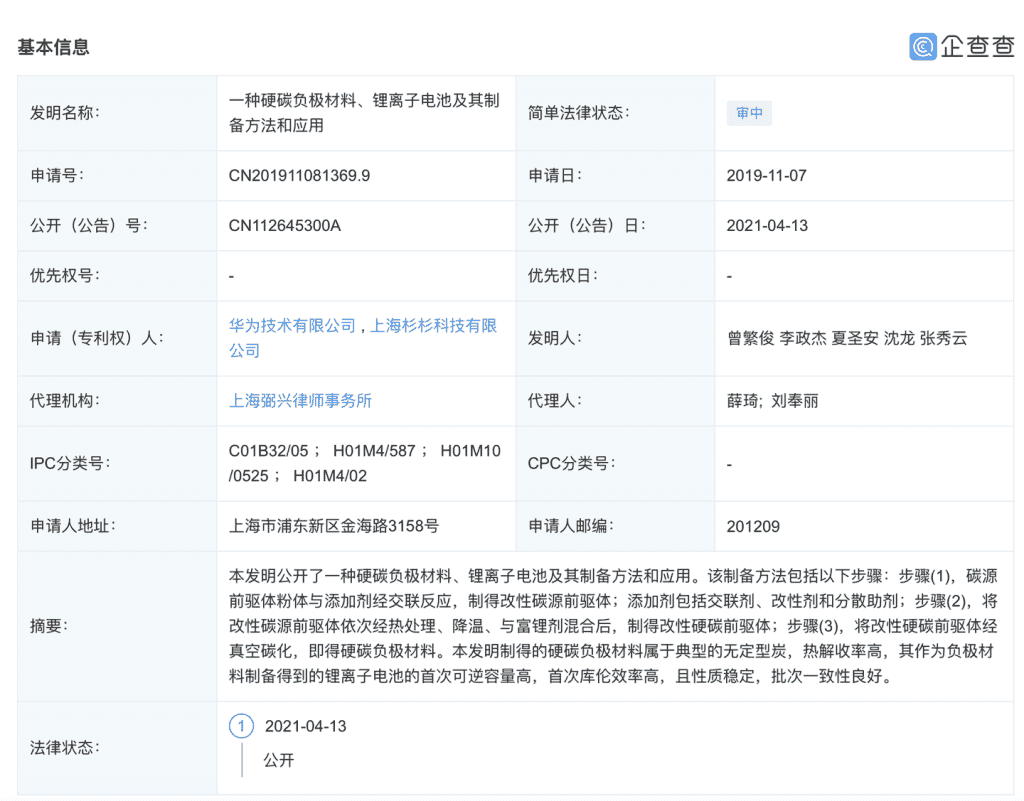 Unfortunately, this is the only information regarding this battery that is available for now. You will agree with us that many users do not have an interest in the preparation of the device. However, we will like to hear about the workability of this battery. Does it bring anything new? Will this battery offer better performance relative to pre-existing batteries? Will it withstand harsher conditions and still remain intact? These are information that many users will like to know.

We will keep a tab on the development of this hard carbon anode material lithium-ion battery. Furthermore, if there is more information regarding this battery, you will be the first to know.

According to a recent report, smart cars with Huawei’s components are now gradually hitting the market. The “Huawei Inside” smart car are products in which Huawei cooperates with car companies to produce. As of now, some of these cars are already in mass production. Some of these cars can also achieve automatic driving without intervention in densely-vehicle urban areas.

Huawei’s 18th Global Analyst Conference had a lot of official information on Huawei’s businesses. In addition, the smart car solution business is the most popular topic at the conference. This is because it is one of Huawei’s key investment industries in recent years.