Corel has released an update to its package for running virtual machines on Mac called Parallels Desktop. The most important innovation in Parallels Desktop 16.5 is the ability to run ARM versions of Windows on Apple computers with M1 chipsets.

The latest version of the software package allows you to run ARM applications for Windows or traditional x86 programs simultaneously with software for Mac OS. The main limitation is introduced by Windows 10 for ARM itself, which does not yet support the launch of x64 applications. However, it is reported that Microsoft will soon add this feature to the OS.

The main problem right now is that Microsoft only sells Windows 10 ARM licenses to computer makers. Thus, users are prevented from using an official copy of Windows 10 on their Macs with M1 chips. 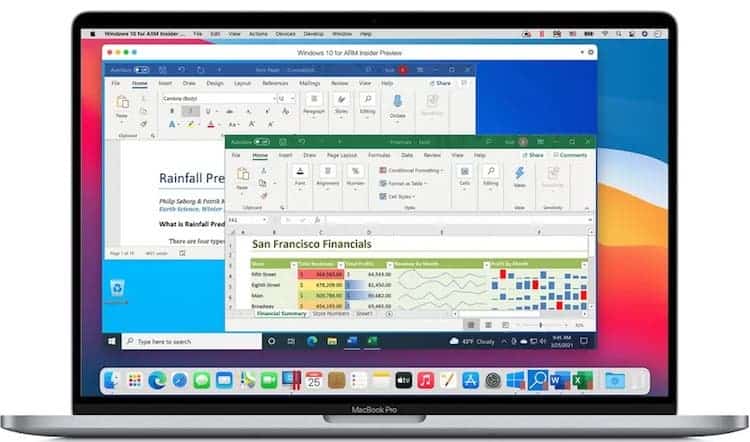 Linux 5.13 kernel will have initial support for the ARM-based Apple M1 processor

Developer Hector Martin proposed integrating into the Linux kernel the first set of patches prepared by the Asahi Linux project; which is working to adapt Linux for Mac computers based on the Apple M1 ARM processor. The mentioned patches have already been approved and have been included in the Linux-next codebase; on the basis of which the functionality of the Linux 5.13 kernel will be formed.

According to reports, the patches will add support for non-GPU-related components of the M1 processor; such as an interrupt controller, timer, SMP, etc. The GPU reverse engineering has not yet been completed. For the purpose of organizing the input in the patches, support for the framebuffer and the console through the serial port is provided. At this stage, support has been announced for the Apple Mac mini, which is used as a reference platform in the Asahi Linux project.

It also reports on the development of a hardware adapter that will simplify serial console connectivity. At the moment, the easiest way to access the console for debugging is by connecting to another computer based on the M1 processor using a USB Type-C cable. The developers have also prepared a bootloader that allows loading the Linux kernel; along with a minimal system environment on computers with an M1 chip. In the future, they plan to add the ability to call U-Boot; and GRUB to the bootloader to organize a typical boot process.