Almost three years ago, ZTE was suffering from a ban imposed by the US government after violating certain sanctions against Iran. However, after long months of negotiations, the two parts found an agreement. Unlike Huawei, ZTE hadn’t the same resources to keep fighting and almost closed its doors in the smartphone segment. With the ban in the past, the company was able to keep bringing interesting ideas and innovations. Last year, the brand introduced the ZTE Axon 20 as the world’s first in-display camera smartphone. The concept had its shortcomings but was amazing to see it finally working. Now, the brand is gearing up to introduce the second generation of this technology through its ZTE Axon 30 Ultra. Today, the company decided to share some tidbits about the device’s specs which are set to go official in China tomorrow.

ZTE will be holding an online event tomorrow, April 15. The company has simply given up on fighting leaks and rumors. Today, it is sharing all key specifications by itself on Weibo. The new smartphone will flaunt a gorgeous 6.67-inch AMOLED display with a whopping 144Hz refresh rate. It will draw powers from a 4,600mAh battery with blazing-fast 66W charging. 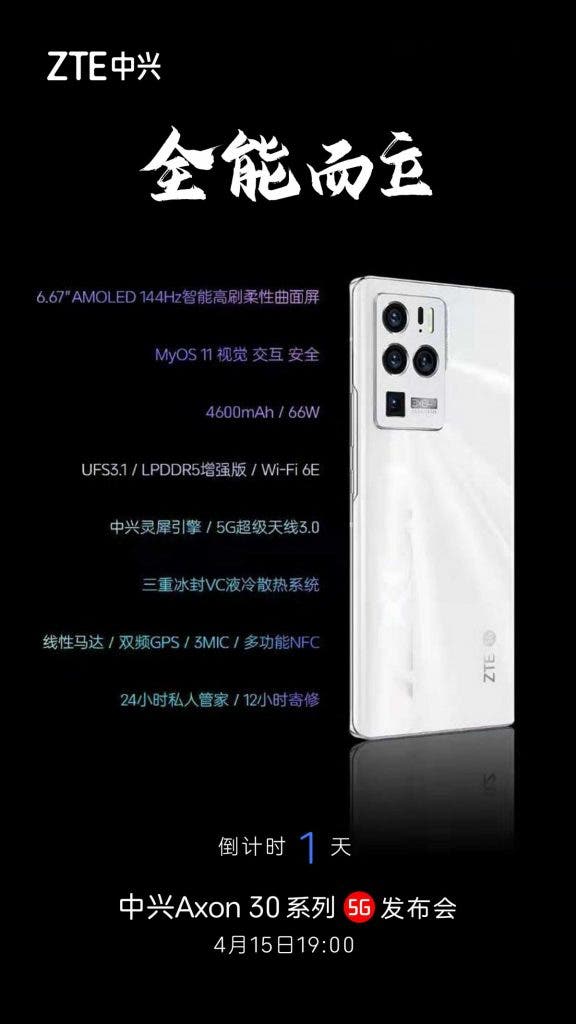 The Chinese company confirms that its new flagship will be packed with UFS 3.1 storage and LPDDR5 RAM. However, it didn’t reveal actual numbers. So far, rumors have been pointing to a variant with 12GB of RAM And 256GB of Internal Storage. We assume this is the highest-ranked variant, and there are other choices for the users. The self-leaked info also confirms Wi-Fi 6E support which certainly is a plus while many OEMs are still omitting support for the new standard. In terms of performance, the new info does not confirm the chipset, but rumors have been pointing to the Qualcomm Snapdragon 888 as a performance provider. 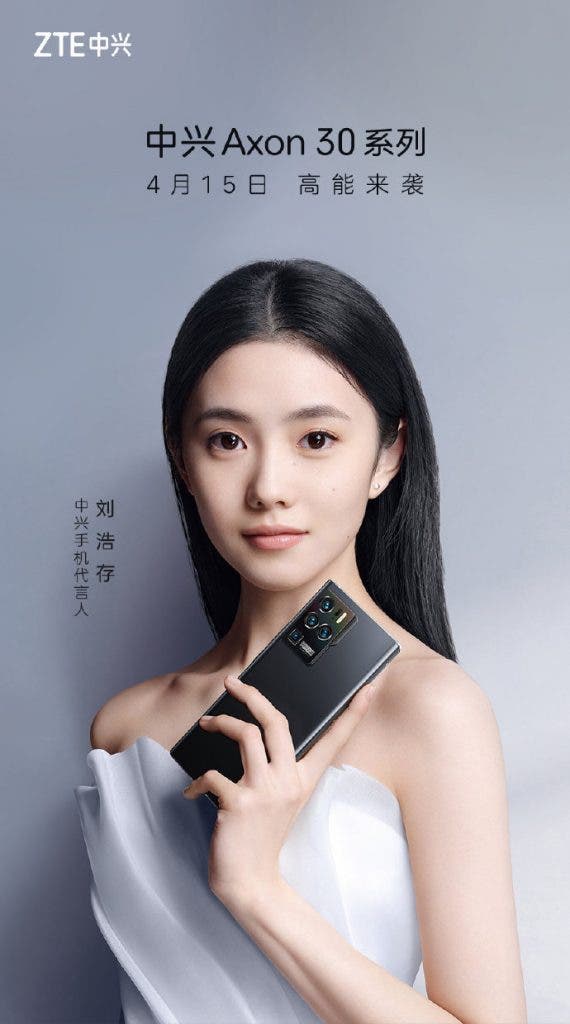 The handset comes with heat dissipation. ZTE employs a triple ice-sealed vapor chamber for liquid cooling. Other hardware specifications include dual-band GPS, NFC, and three microphones. One of these microphones probably is for calling, while the other ones are for noise cancelation. The third one is likely related to the camera setup.

The ZTE Axon 30 Ultra will run Android 11 straight out of the box with the company’s MyOS 11 running on top. Moreover, the brand will bring the device in four distinct colorways, although the names are not confirmed.

Next Oppo A35 goes official with Helio P35 SoC, Triple-Camera and 4,230mAh battery