After completing its Oppo Find 5 series and Oppo Find X3 series, the Chinese firm is now focusing on mid-range and low-end smartphones while it prepares the terrain for the imminent Oppo Reno 6 series launch. A couple of days ago, Oppo introduced a couple of new Oppo A series smartphones. After rumors and leaks, the company is adding a new member to the family dubbed Oppo A35.

The new Oppo  A35 isn’t appealing for those who are used with flagships or even premium mid-range smartphones. Still, it’s a decent smartphone that will be decent for less demanding users. Of course, there are some intriguing shortcomings like having Android 10 in 2021 with ColorOS 7.2 running on top.

For those familiar with Oppo A15s, this phone will be anything but new. The Oppo A35 is a rebranded Oppo A15s with equal specifications but has some differences in the storage amount. The Oppo A35 sports a 6.52-inch HD+ (1,600 x 720 pixels) IPS LCD with a standard 60Hz refresh rate and a 20:9 aspect ratio. The handset comes with a waterdrop notch cutout in the top. It measures 164 x 75.4 x 7.9mm and weighs 177 grams. Under the hood, we have the MediaTek Helio P35 chipset paired with 4GB of RAM. This particular variant comes with 128GB of Internal Storage instead of the 64GB on the A15s. Furthermore, users can easily expand this amount with a microSD card. For connectivity, the phone comes with an old micro USB port, but thankfully, includes a 3.5mm audio jack. 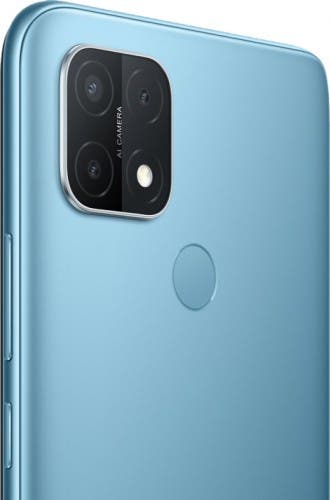 In terms of optics, the smartphone comes with a triple rear camera setup. It comprises a 13MP primary sensor with an f/2.2 aperture, a 2MP macro module with an f/2.4 aperture, and a 2MP sensor with an f/2.4 lens. For selfies, we have an 8MP sensor with an f/2.0 aperture. The smartphone draws power from a 4,320mAh battery that charges 10W through the micro USB port. One of the biggest downsides of this smartphone is on the software front. Instead of Android 11-based ColorOS 11, Oppo decided to bring it with Android 10-based Color 7.2 OS. This is rather an unexpected move. After all, Oppo has been doing a good job in releasing its smartphones with the latest software available. We’re not sure if this handset will get an update to Android 11 due to its low-end nature and the old Helio P35 chipset. However, anything can happen in the future. 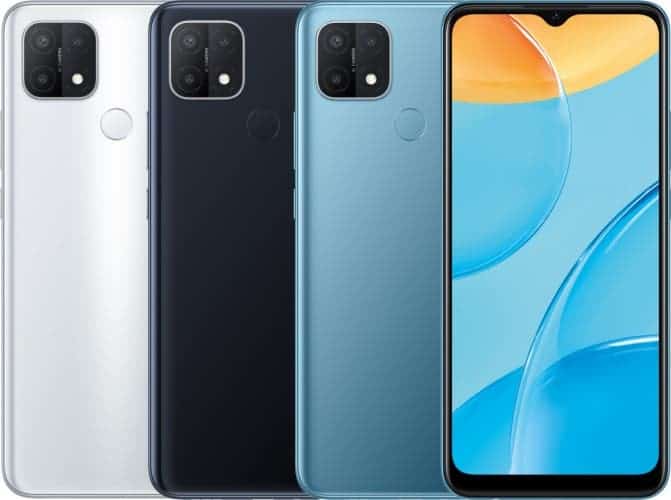 The new budget smartphone’s price is yet to be revealed. We assume it will be below the $120 tag and will be exclusively sold in China. At least for now. After all, the device is already available in India as Oppo A15s.