Google is getting set to unveil the latest Android 12 system later this year. According to XDA-Developers, Google plans to introduce a new notification system that will notify users when the app accesses the clipboard. However, this “new” addition by Google appears to completely copy iOS 14. 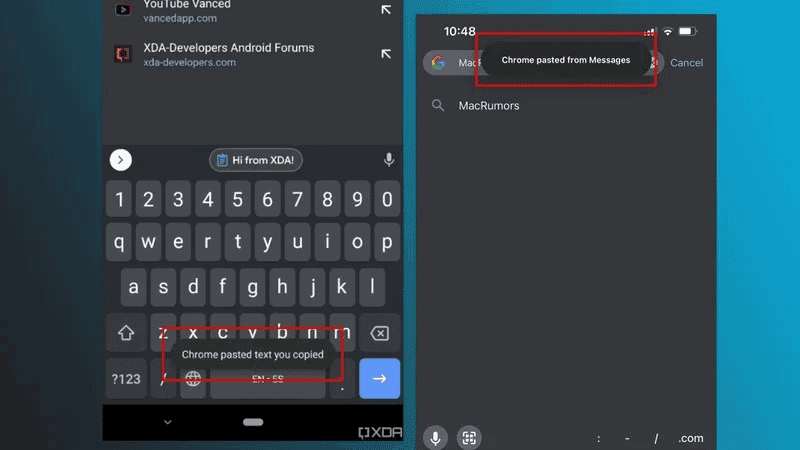 In the iOS 14 system, Apple includes a small banner on the top of the iPhone and iPad. When the app accesses the contents of the clipboard, iOS 14 will notify the user. The clipboard access notification is one of the new privacy features of ‌iOS 14‌.

The screenshot shows that unlike iOS and iPadOS 14, this new feature will be optional for Android. Google said that after enabling this feature, “Show clipboard access permissions” will “display a message when the app accesses the text, image, or other content you copied”.

Since the launch of ‌iOS 14‌, clipboard access notifications have proven to be beneficial to users. Many users are beginning to realize that many popular applications are secretly accessing user clipboard data. Since then, most applications have patched what they call “vulnerabilities”.

This feature also reminds users when apps access other features like the camera and microphone. Popular applications like Reddit and TikTok has been quietly collecting users data from their clipboard. However, after the release of iOS 14, they are now fixing their deceit. However, they call it bugs but we all know what they are.

Android 12 2.2 developer preview is out

The Android 12 2.2 developer preview version is now available and it also includes the Android April 2021 security update. This preview version mainly fixes some bugs, does not bring important feature updates. The upgrade size is only 19.92MB.

In the 2.1 preview version, users reported some bugs. Google subsequently acknowledged these bugs and launched a new version of the system to fix them. The version number of the developer preview version is SPP2.210219.018. Here is the update changelog

Previous Apple will use random serial numbers for new products