Samsung likes to keep itself busy throughout the year by launching new devices like every month. It is expected considering the extensive portfolio of the brand that has around 7 different series of smartphones alone. Well, the chaebol has two important launches in the coming time period. We’re looking at the unveiling of Galaxy Book laptops later this month and the launch of Galaxy Tab S7 Lite in June 2021.

We’ve been hearing about the Galaxy Tab S7 Lite for quite some time now. From key hardware to certifications from regulatory bodies, the tablet has received a lot of attention. While we have some solid amount of information, the one thing that has always remain a mystery is the aesthetics and design. Well, that changes now as we now have the very first look at the upcoming Lite tablet. 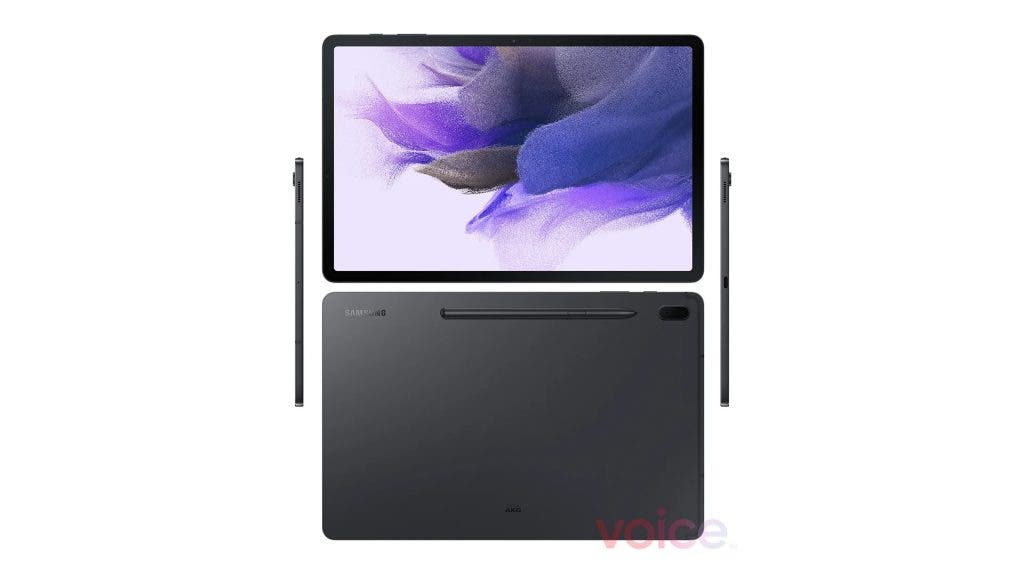 This leak is coming straight from the notable leakster Evan Blass. In the tweet, Blass reveals the first press render of the tablet. As you can see, we’re looking at a large 12.4-inch LCD display on the front with a decent amount of bezels for a tablet. On the rear, you can see a dual-camera module positioned vertically. Right below the module, there’s a magnetically attached S-Pen.

The side view reveals a decent amount of rear camera bump. You can also see the two stereo speakers tuned by AKG on both sides. The power button and volume buttons, on the other hand, are positioned on the top. Considering the render, it looks like the tablet will feature a metal body. There’s no information surrounding the fingerprint sensor at the time of writing this. Considering the Lite moniker, it would be surprising to see an in-display fingerprint sensor but it would surely be a welcome addition.

The Lite version of the tablet also seems to be more on the slimmer side at least it looks like it from the press render image. As the name suggests, Galaxy Tab S7 Lite is going to be a toned-down version of the original flagship offering. If you’re wondering what the tablet will bring to the table then you can find the expected specs down below.

Next The specs of the Oppo Reno6 has been revealed