Transsion Holdings is a huge conglomerate in China composed of smartphone makers Itel, Infinix, and Tecno. These brands have been active in Asia and Africa, but since the last year, Transsion is working hard to expand its relevance across global markets. Nowadays, the Indian market is one of the biggest targets for smartphone makers, since it keeps pushing this business forward even amidst these tough times of pandemics. Today, Infinix is adding a new smartphone to its Indian portfolio dubbed Infinix Hot 10 Play. It’s a low-end smartphone with a big display and massive battery, without further ado, let’s dive into the specifications.

The Infinix Hot 10 Play features a 6.82-inch display which certainly makes it one of the biggest low-end smartphones around there. The major downside is that the resolution isn’t great. This is just an HD+ panel (1,400 x 720) pixels which may not look so great on a display of this size. Anyway, the phone has a waterdrop notch cutout that serves as a home for an 8MP selfie snapper. 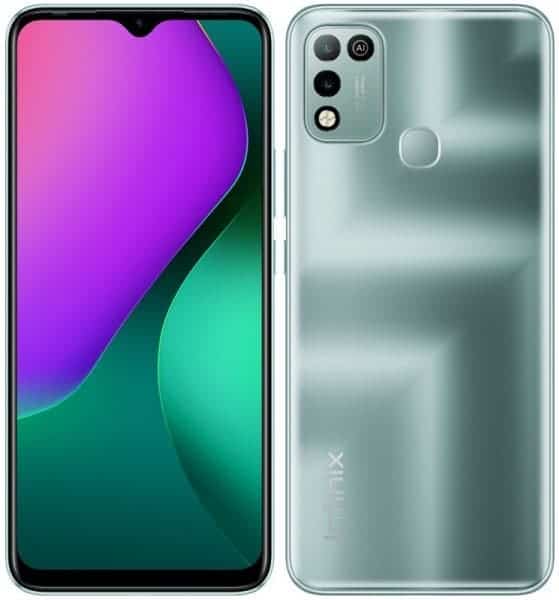 Under the hood, the handset packs a MediaTek Helio G35 octa-core chipset. It boasts eight Cortex-A53 cores clocked at up to 2.3GHz. It’s paired with 4GB of RAM and 64GB of Internal Storage. If that amount isn’t enough, you can easily expand it via the microSD card slot. Interestingly, the new variant is an upgrade over the version released in The Philippines. The previous version came with a MediaTek G25 chipset with less storage and RAM.

As far as the camera department is concerned, the phone has a dual-camera setup. This setup is comprised of a rectangular shape that at first glance looks like an L-shaped triple-camera setup. However, there is just a 13MP camera and an unspecified depth sensor. The third hole fits a single LED flash. 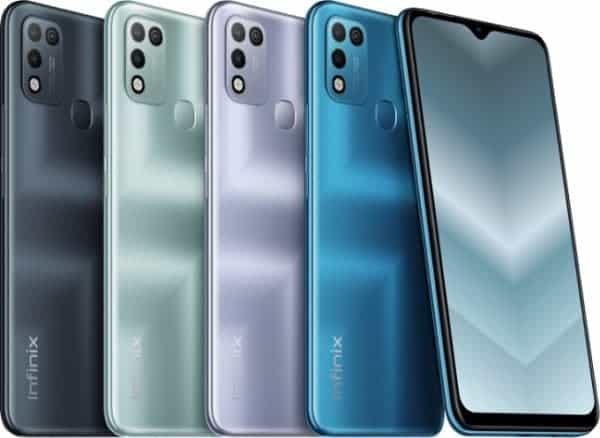 The Infinix Hot 10 Play draws power from a huge 6,000mAh battery. According to Infinix, this battery will provide up to 53 hours of talking time. The major downside is quite sluggish 10W charging. However, at this pricing point, it’s acceptable. Something that isn’t acceptable is the fact that it comes with Android 10. Infinix ensures that it will run the Android 11 update soon for this smartphone, let’s wait and see. Last but not least, the phone comes with a rear-mounted fingerprint scanner.

The Infinix Hot 10 Play comes in Morandi Green, 7-degrees Purple, Aegean Blue, and Obsidian Black. the device is available via e-commerce platform Flipkart and offline retail from April 26. The device costs INR 8,499 which translates to $113 / €95.

Next Vivo confirms Vivo V21 launch, to arrive in India on April 27