Yesterday, we received information that next week there will be the premiere of Realme Q3 and Realme Q3 Pro, the merits of which will be design. In particular, it was decided to give the new products brightness in colors and the Dare To Leap logo will be made using fluorescent paint to glow in the dark. Today, the company posted a promo photo of the Realme Q3 so that users can enjoy its aesthetics. 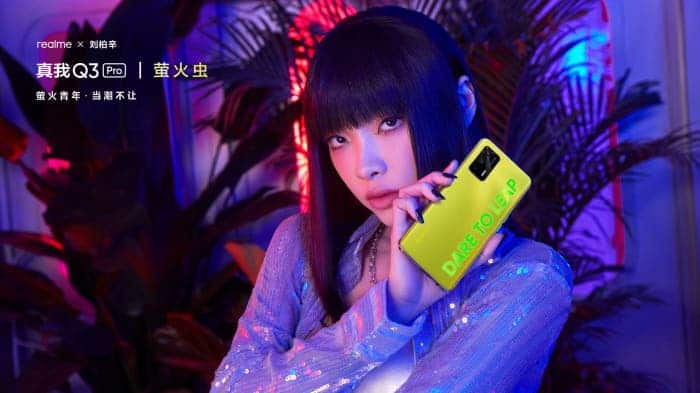 The Realme Q3 Pro is expected to receive a 120Hz display, a 4500mAh battery with 50W fast charging. As a hardware platform, the smartphone should offer the Dimensity 1100 chip, which is similar in performance to the Snapdragon 870. 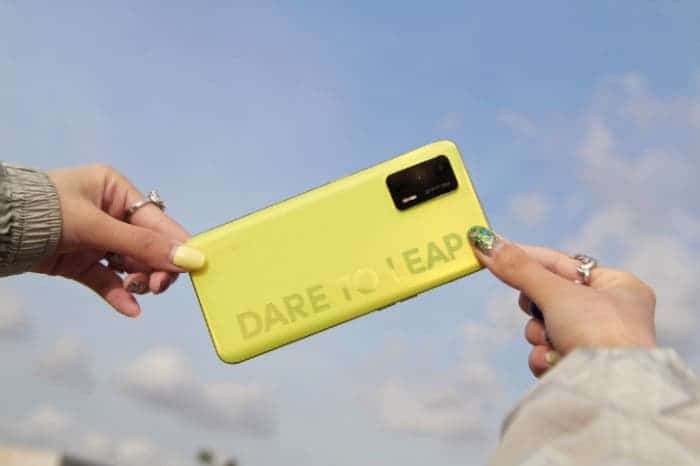 The Realme Q3, on the other hand, may turn out to be a much more interesting device. And not least thanks to the chip. So, the test results in Geekbench of a smartphone with model number RMX3661, which is built on the basis of Snapdragon 750G, has 8 GB of RAM and Android 11 operating system with a proprietary shell Realme UI 2.0, were leaked to the network. 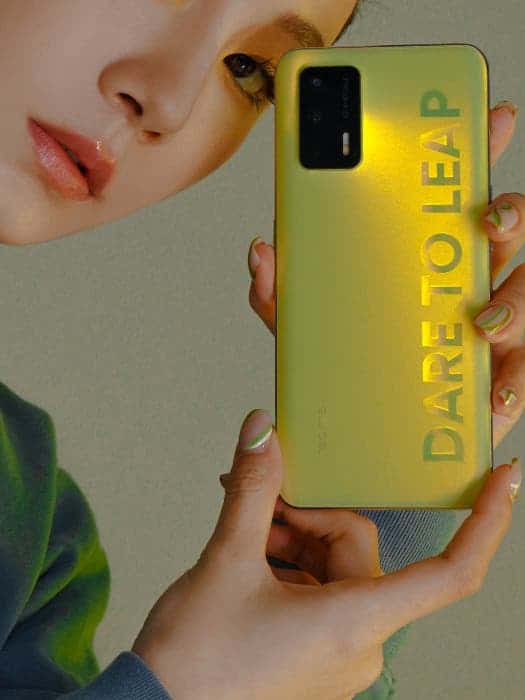 It is assumed that in China this device will be known as the Realme Q3 Pro, but on the global market it may enter as realme 8 Pro 5G. We are waiting for the premiere of the Realme Q3 series on April 22, in order to know exactly what the company has in mind. 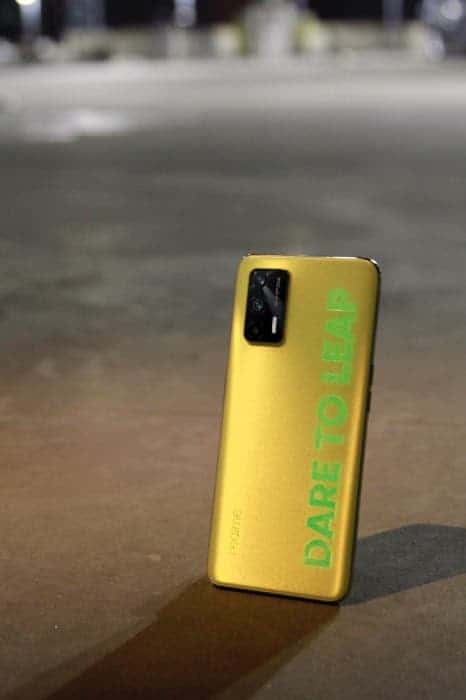 Realme Q3 will glow in the dark

Realme announced last week that it has managed to sell over a million Realme Q2; and is happy with this result. Next in line is the premiere of the Q3, which the company calls “the king of a thousand yuan”. It will be held on April 22 and the focus in the smartphone will be on the design.

The back cover of the smartphone will be made using fluorescent paint. In particular, the words “Dare To Leap” should glow in the dark. Sales will show how popular the feature is.

The company is reportedly to launch the Realme Q3 and Q3 Pro; where the latter should be based on the Dimensity 1100; will offer a 6.43-inch FullHD + AMOLED display and a 4,500 mAh battery. The software will be Android 11 with a proprietary shell from the manufacturer.

The thickness of the body of the novelty will be 8.4 mm; and a system of three image sensors will be installed on the rear panel. Taking into account the positioning, the price tag on the Realme Q3 should start at $ 155.