The iQOO 7 has won the 2021 Red Dot Award for Product Design. The smartphone came with a very distinct and unusual design. It really stands out in comparison to traditional smartphones made of plastic, glass, or vegan leather. According to the Red Dot Award, the smartphone’s design evokes speed. The iQOO team was delighted to see its efforts resulting in such an important award. They state that the iQOO 7 design was made with users in mind and it’s good to see their efforts to enhance users’ experience being recognized.

The iQOO 7 designs come to last long gaming sessions and survive accidental drops. The mid-frame packs durable marine aluminum. It can resist corrosion from oils and perspiration from the user’s hands. The shape of the frame was carefully designed to provide the best possible ergonomics. The smartphone also has frosted AG glass on the back which is resistant to fingerprints. 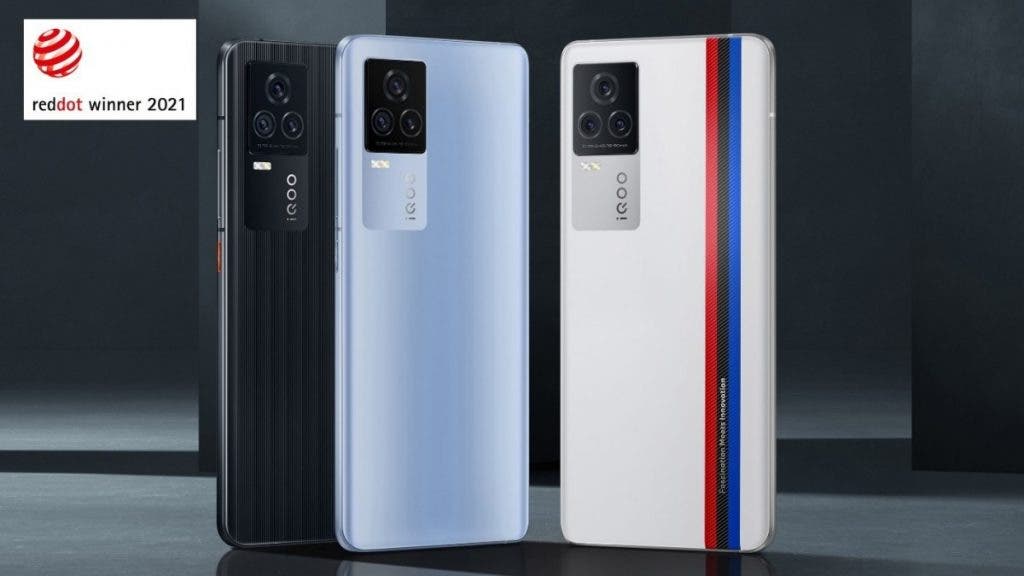 Unfortunately, the new smartphone design is something that only Chinese customers can enjoy. After all, the iQOO 7 was released in January but three months later didn’t appear in global markets. According to iQOO, it will reveal a “more localized product lineup to consumers in other parts of the world” soon. We’re not sure what the company means with “a more localized product lineup”. The iQOO 7’s does not look like something that wouldn’t make success outside of China.

Indian customers can feel happiness since the phone is coming to the country on April 26. It will come in partnership with BMW and will cost something close to INR 40,000 ($530/€440).

The iQOO 7 flaunts a 6.67-inch AMOLED display with 2,400 x 1,080 pixels of resolution and HDR10+ support. The display has a centered punch-hole that serves as a home for the 16MP selfie snapper. Under the hood, the phone confirms its gaming pedigree with a Qualcomm Snapdragon 888. Qualcomm’s top-of-the-line chipset comes in variants with 8GB, 12GB of RAM. It starts with 128GB of Internal Storage and goes up to 256GB of Storage.

The phone has a squarish island on the back that serves as a home for the Triple-Camera array. The setup brings a 48MP main shooter, a 13MP telephoto lens, and a 13MP ultrawide module. The phone draws power from a 4,000mAh battery which honestly isn’t very impressive nowadays. Thankfully it comes with 120W fast-charging support. The gaming phone runs OriginOS straight out of the box which is based on Android 11 and adds some neat features such as a virtual RAM engine.

Previous Oppo K9 appears on JD.com ahead of the launch, pre-booking kickstarts!