Oppo is all set to unveil its new smartphone dubbed Oppo K9 in its homeland i.e. China. The smartphone maker will host a launch event on May 6 that is a couple of weeks away. Ahead of the official launch, the smartphone has been making rounds on the internet thanks to new leaks and rumors. The upcoming device has now made its way to JD.com, which if you’re unaware, is a popular retailer in China. What’s surprising is the fact that the device is now up for pre-booking. Here’s everything the new listing reveals about the smartphone.

Oppo K9 is now up for pre-orders on JD.com in China! 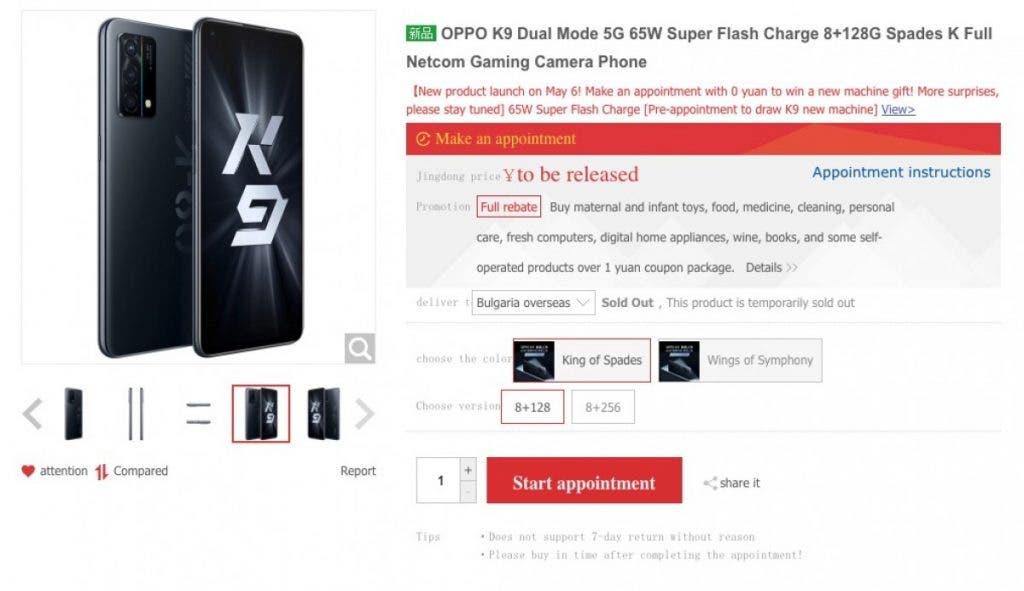 The JD.com listing of the smartphone reveals a lot about the smartphone from key specs to official render images. As per the listing, Oppo K9 comes in two color options: black and gradient. The listing doesn’t really talk about the pricing as the section simply mentions ‘yet to be released. Without the pricing information, it doesn’t really make sense to pre-order a device. But if you want, you can now go ahead and book the device on the website.

As you can see, the device is available in two storage configurations – 8GB RAM + 128GB built-in storage and 8GB RAM + 256GB storage. If you’re wondering, the base model should be priced somewhere around CNY 1,999 (i.e. roughly $307). With that said, only the official launch will confirm the pricing and availability.

Here are the key specs of the device! 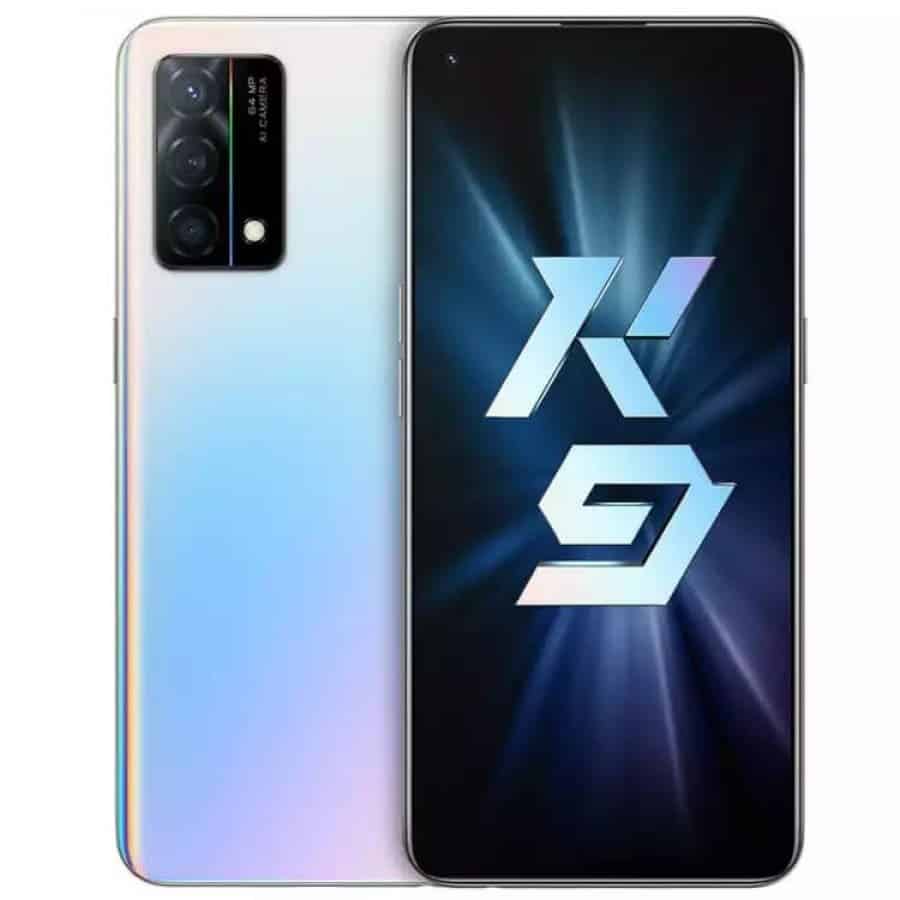 Apart from all these details, the listing also talks about the key specifications of the device. We’re looking at a display with a punch-hole cutout located on the top-left corner. The cutout houses a single front snapper. Sadly, there’s no information regarding the type of sensor.

At the back, there’s a triple camera array housed in a module that also contains an LED flash. The module has a vertical line with multiple colors. The primary sensor of the triple camera module is a 64MP shooter. Again, there’s no clue regarding the remaining two sensors. Of course, one of them should be an ultrawide lens. 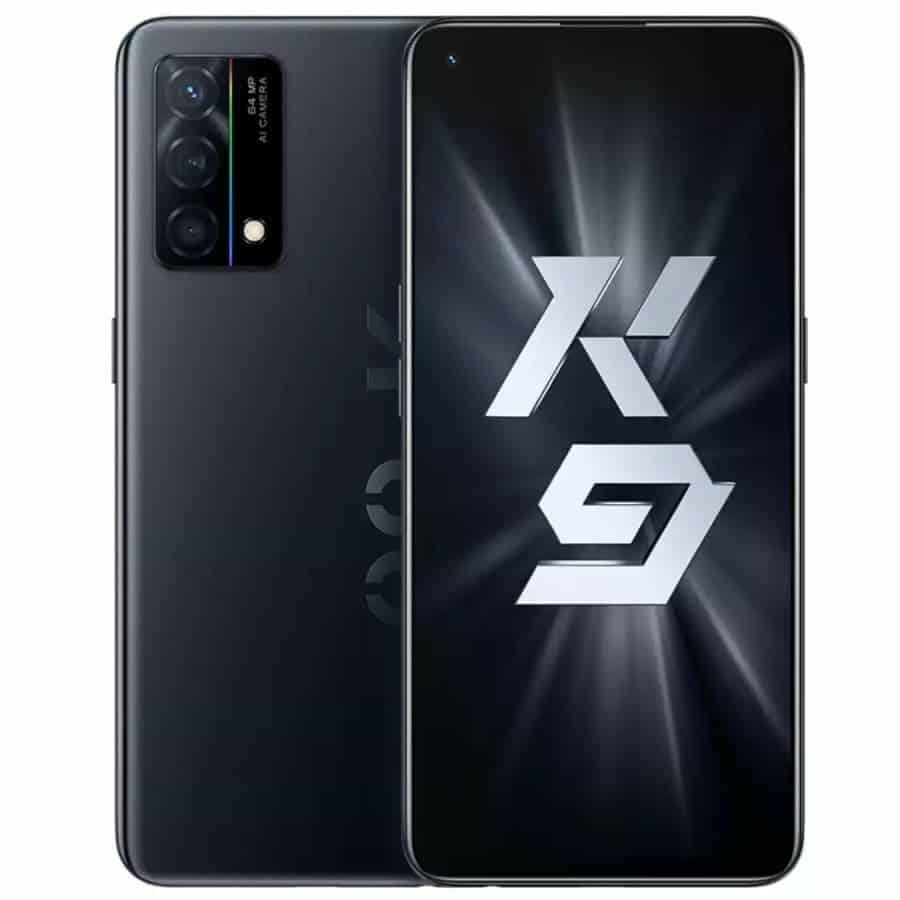 We already know about the memory and RAM but there’s no information related to the chipset powering the phone. Oppo K9 will get its juice from a 4,300mAh battery packed inside. According to the announcement teaser, the device will support 65W super flash charging. Few reports also claim that the device will support 5G connectivity. Sadly, there’s no official mention of this.

Next iQOO 7 awardaded with a Red Dot for Product Design