Back in the last month, Realme introduced the Realme 8 series composed of a vanilla smartphone and a Realme 8 Pro. Despite coming with appealing cameras, the devices were somewhat lackluster in certain aspects. The Realme 8 Pro, for example, brought a 108MP camera but that is exactly when its innovations end. The handset comes with the same Snapdragon 720G used in the Realme 6 Pro and 7 Pro. It also got a downgraded display with just a 60Hz refresh rate. The Realme 8 also reached the market with the same Helio G90 series chipset found on its predecessors. Now, Realme is “fixing” things with new 5G variants. After rumor and leaks, the Realme 8 5G is finally going official. The company also confirmed that its fans can expect a Realme 8 Pro 5G soon. 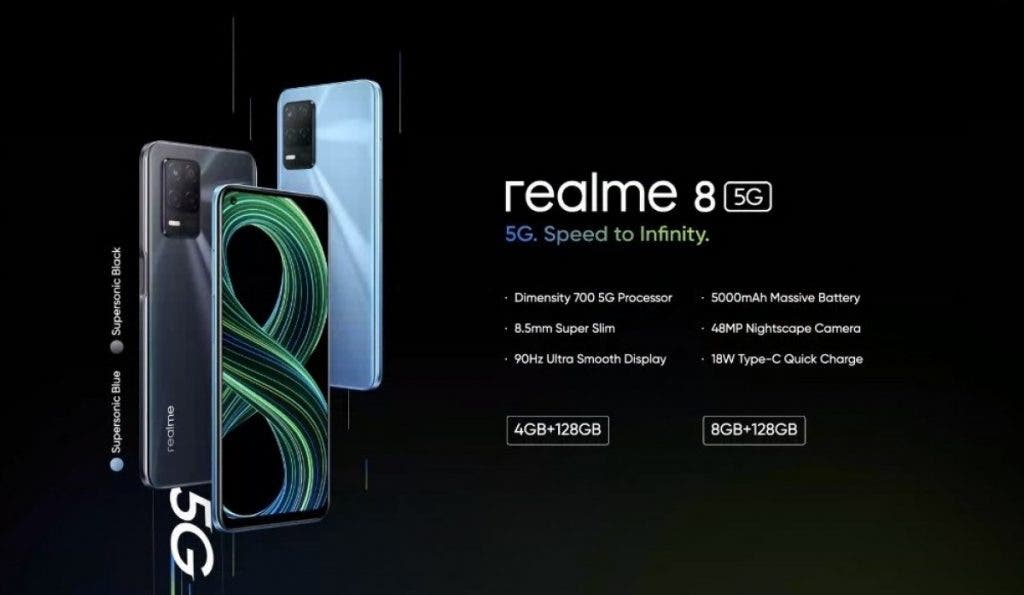 One of the biggest differences in the Realme 8 5G is the presence of a MediaTek Dimensity 700 chip that comes with 5G connectivity. Its sub-6GHz modem can reach a peak speed of 2.77 Gbps. The 4G variant powered by the Helio G95 cannot reach this outstanding speed. Despite this, the Dimensity 700 is slightly below in terms of performance. Anyway, if users prefer having 5G they will also benefit from the 7nm architecture on the new chip which is far better than the 12nm on the G95. 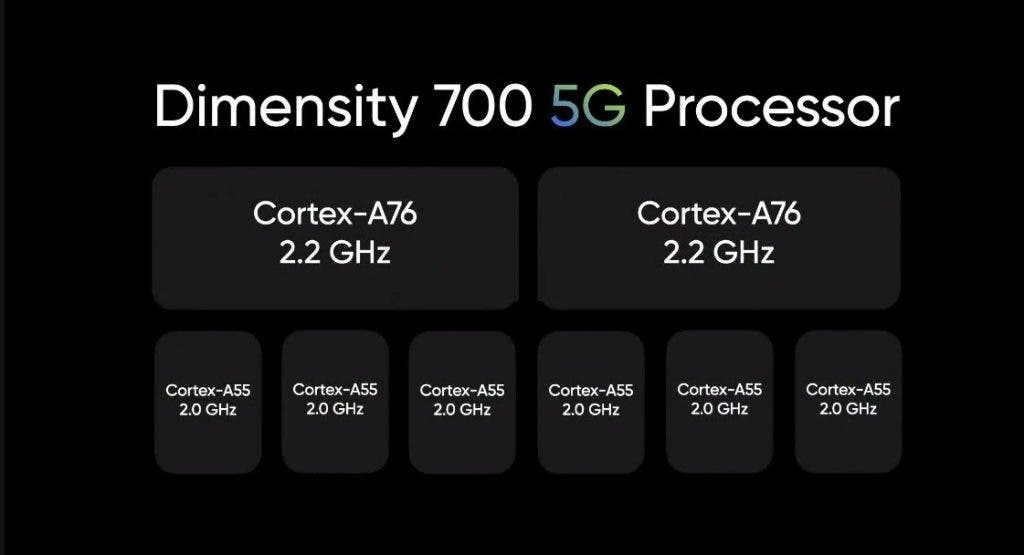 With the power-efficient chipset, users will take a lot of time to drain the 5,000mAh battery coming with the new model. Worth noting that while the 4G variant has 30W fast-charging, this model has only 18W charging. Realme’s objective here is clearly to bring an accessible 5G smartphone to users in global markets. This is something that the company already does in China with its V-series. 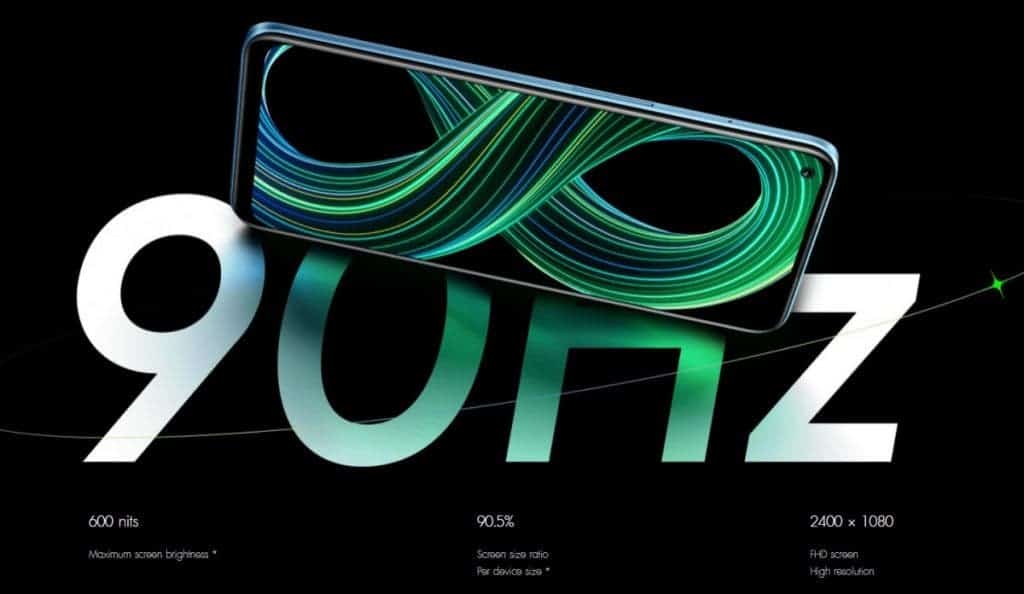 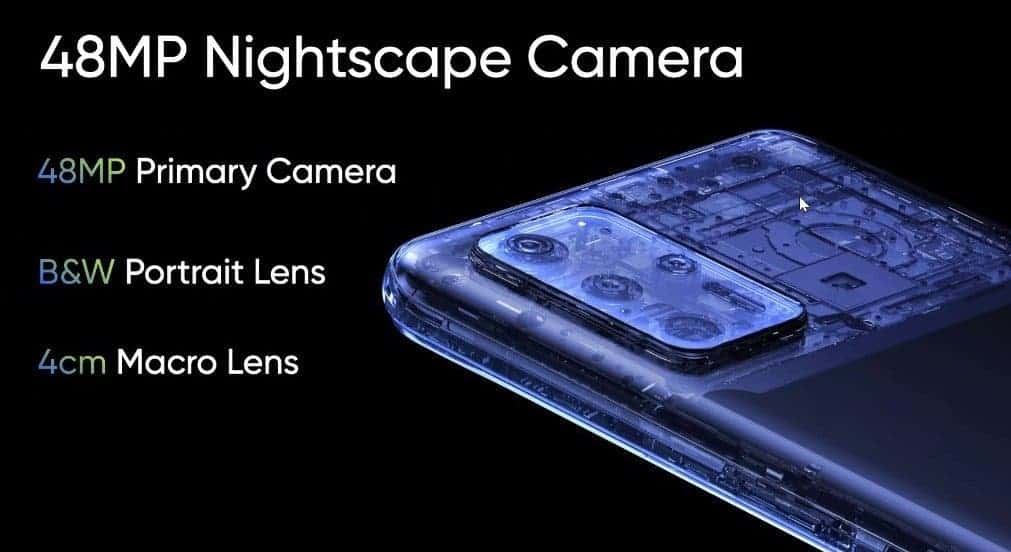 The camera also got another downgrade. The phone ships with a primary 48MP main camera. However, it drops the ultra-wide sensor in favor of a B&W portrait lens and 4cm macro lens. On the top-left corner of the display, we have a punch-hole cutout serving as a home for the 16MP selfie snapper.

The Realme 8 5G comes in two variants with 4GB of RAM and 8GB of RAM. The company is also pushing a Dynamic RAM Expansion technology. It increases the amount of RAM using a bit of internal storage. This what computers have been calling Swap memory for a long time. When it comes to storage, the phone has 128GB no matter the RAM option you pick. The device supports microSD cards thanks to a dedicated slot. 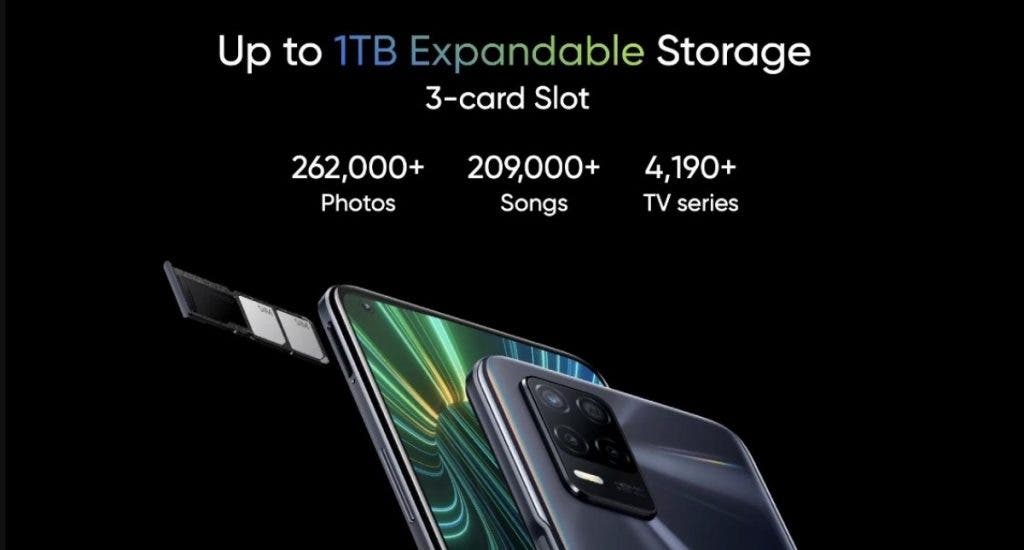 The phone comes in two distinct colorways – Supersonic Blue and Supersonic Black. Interestingly, the company has removed the huge “DARE TO LEAP” label from the rear panel. Other specs include a 3.5mm headphone jack, USB-C port, and Android 11 with Realme UI 2.0 straight out of the box.

As far as the Realme 8 Pro 5G is concerned, the device will hit the market soon according to Realme. We assume that it is a recently leaked Realme smartphone that appeared with a Snapdragon 750G (5G) SoC.

The Realme 8 5G is reaching Thailand first, but tomorrow, it will reach the Indian market. In Thailand, it retails at BHT 10,000 ($320/€265). For now, local retailers are accepting pre-orders. The actual shipments will start on May 3.

Previous iQOO 7 awardaded with a Red Dot for Product Design