Facebook is constantly trying to enhance the experience of its social media platform. The giant wants to deliver an experience that is personal to every type of user. Two years ago, Facebook started asking its users directly for feedback about the content that they see on their News Feed. We’ve been used to a News Feed that only shows posts about our groups, friend’s posts, etc. However, with the new addition, Facebook started to adjust the content shown there. The feedback helps the platform to understand and improve what type of content should appear in one’s News Feed. The company is now taking a step further. It is asking for more specific detailed surveys such as how inspirational was the post. It is also asking if a certain topic does not interest a particular user among other things.

Facebook already uses certain parameters and factors to decide on what it will show to users on the News Feed section. However, it still has certainly limited. Therefore, the company is trying to make it smarter than ever. The best way to do this is to collect more feedback and trying to build a kind of AI in the platform. 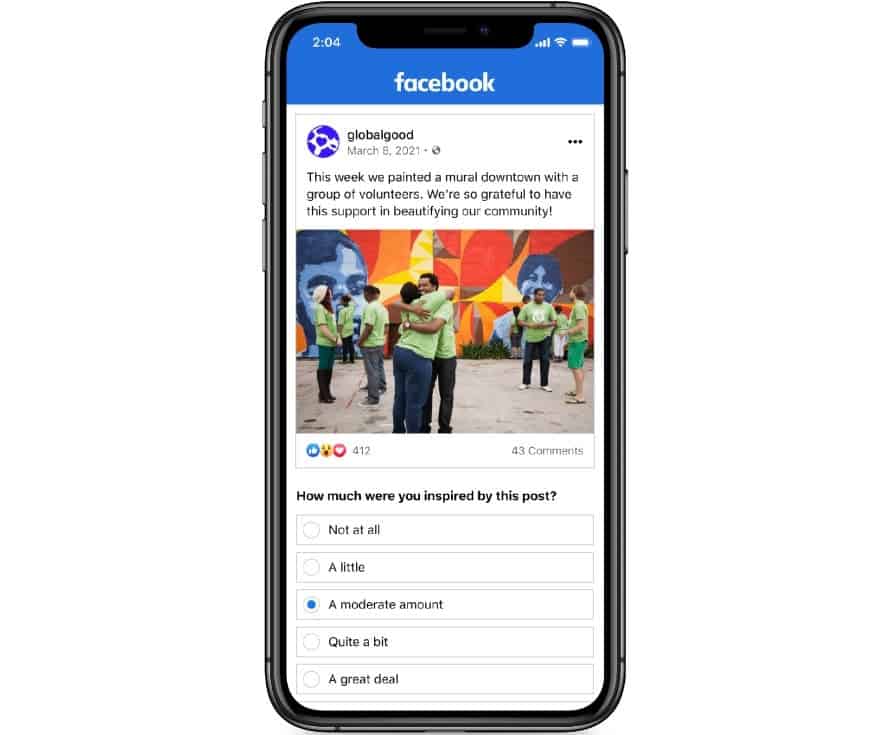 As we’ve mentioned above, one of the feedback that Feedback is asking is regarding how inspirational a post can be for users. This feedback is being collected across the whole globe. For that reason, posts that are selected as “more inspirational” tend to appear at the top of the News Feed everywhere. The network is also asking users if they want more or fewer posts about a certain topic. The list involves Sports, Politics, or Cooking and bases their News Feed content on that. Furthermore, the social media platform is reducing posts on a user’s News Feed that get negative reactions such as anger.

Last but not least, Facebook will soon make it easier to hide a particular post from the News Feed. The platform will introduce a simple X button on the top right corner of the post. If the users decide to ultimately hide a post, they are also less likely to see similar posts on their News Feed in the future.

The way Facebook is using to aprimorate the News Feed is certainly way less intrusive than collecting data based on search and so on. So we can say that through user feedback, the company can enhance the experience without generating a huge backlash.