Oppo is gearing up to hold a major event in China where it will reveal a bunch of new products. The list includes a brand new smartphone carrying Oppo K9 5G moniker, new Oppo Enco Air buds, and a new Oppo Smart TV K9. The event will not happen before May 6, however, the new smartphone had most of its specifications revealed today. The device was listed by Oppo on its website. Apparently, the company is not concerned in leaking info about unreleased smartphones, therefore, users will be able to know exactly what they will purchase ahead of the launch. The device has compelling specifications such as Snapdragon 768G SoC, 64MP camera, and 65W fast-charging. Without further ado, let’s dive into its specifications.

The Oppo K9 5G flaunts a 6.43-inch Samsung OLED display with a 90Hz refresh rate and 180Hz touch sampling rate. The screen will also have a sixth-gen fingerprint scanner underneath for biometric authentication. It also has a punch hole in the upper-left corner that serves as a home for the 32MP selfie snapper.

The device also boasts a Triple-Camera setup led by a 64MP shooter. For now, it’s unclear if this is a Sony or a Samsung sensor with a 64MP resolution. Anyway, the main camera will be joined by an 8MP ultrawide snapper, and the third camera will likely act as a depth or macro shooter. Fueling the package, we have a 4,300mAh battery. It will go from flat zero to 100% in just 35 minutes. After all, it will come with Oppo’s signature 65W fast-charging technology. 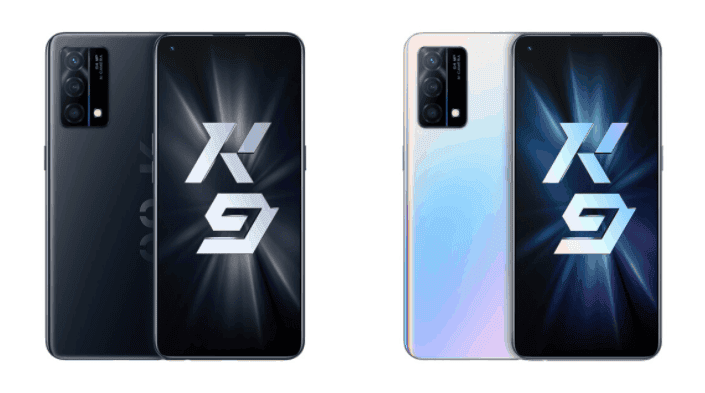 Under the hood, the smartphone will come with the Qualcomm Snapdragon 768G. For those unaware, this is a tweaked/overclocked variant of the vanilla Snapdragon 765G. It reaches a clock speed of 2.8GHz and there is a liquid cooling system in the Oppo K9 to prevent performance throttling.

The chip was unveiled last year but companies waited until 2021 to start using it. The chipset will be paired with 8GB of RAM. Storage-wise there will be two variants with 128GB and 256GB. The pricing of the smartphone is currently unknown, but we expect all details to be revealed ahead of the May 6 event.

Previous Ireland passes a strict law on all cryptocurrency companies