The company is rolling out the Android 11-based Realme UI 2.0 for both the Realme 6 Pro and Realme 7 Pro in India. These two smartphones were launched with Android 10 and carried the first iteration of Realme UI. Now, both devices are getting Android 11 features such as one-time permission for microphone and location, chat bubbles, conversation notifications, media controls in the quick settings menu, and more. Realme UI also introduces a bunch of new features such as new Dark Mod styles, Optimized Night Charging, Ringtone Maker, and Sleep Capsule. The changelog of Realme UI 2.0 is exactly the same for both smartphones.

The Realme 6 Pro is getting the Realme UI 2.0 update with version number RMX2061_11.C.15. However, you won’t get it unless your smartphone is running the required RMX2061_11.A.49. So make sure to be running the required firmware before trying to get this update. The same goes for the Realme 7 Pro. The device needs to be running firmware with version RMX2170PU_11.A.37. Then it will receive the highly-anticipated Realme UI 2.0 stable update that carries version number RMX2170_11.C.20. 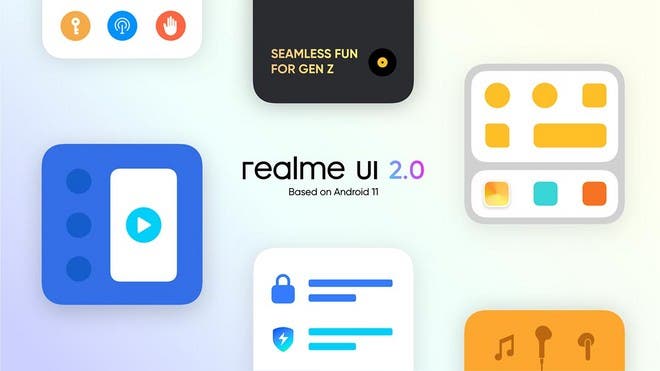 Interestingly, this build will cover just the users on a stable branch that never tried any of the betas. According to the Chinese brand, the Realme 6 Pro and Realme 7 Pro running beta builds already received the incremental updates that made them stable. If you’re running the Open Beta, then you don’t need to care much for the novelties in this newer update.

Worth noting that the new builds are rolling out to a limited number of users right now. However, if everything goes according to the play, a broader rollout will commence in a few days.

The duo of Realme smartphones shares just a single similarity that is its Snapdragon 720G chipset. Curiously, the very same chipset is also found on the recently released Realme 8 Pro.