The Vivo V21 comes with a 6.44-inch 2404×1080 Full HD+ AMOLED display. It has some fancy features including 800 nits brightness, HDR 10+, 90Hz refresh rate, and an In-display fingerprint sensor. Unfortunately, you will have to settle for a teardrop notch, which is not the most appealing notch to me. Coming to the rear, it has a triple rear camera setup comprising 64MP Primary with f/1.79 aperture and OIS, 8MP 119° ultra-wide-angle lens with f/2.2 aperture, and finally a 2MP macro camera with f/2.4 aperture. 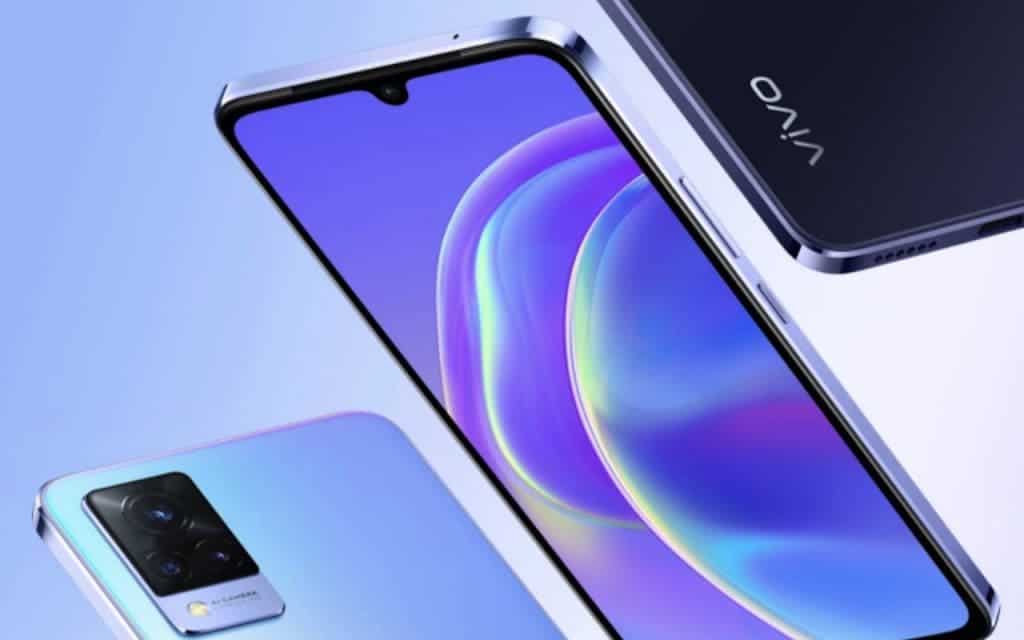 The highlight of the phone is its selfie camera. How many phones do you know that have OIS stabilization on their front-facing camera? Well, this mid-range phone has that. There is a 44MP front camera with an f/2.0 aperture. The selfie camera supports OIS, dual-LED flash, and 4K video recording. Coming to the performance, the Vivo V21 is powered by MediaTek Dimensity 800U. It is a 7nm-based mid-range chip that has 5G connectivity making it future-proof.

The phone has 8GB LPDDR4x RAM and up to 256GB of internal storage. Like iQOO 7, this phone also has the Extended RAM technology that gives 3GB additional RAM. Vivo V21 has a battery capacity of 4000mAh with 33W fast charging support. The battery is not so big, but the perk here is that the device is slim and light. The phone is just 7.29mm thick and weighs 176g. It comes out of the box with Funtouch OS 11.1 based on Android 11. 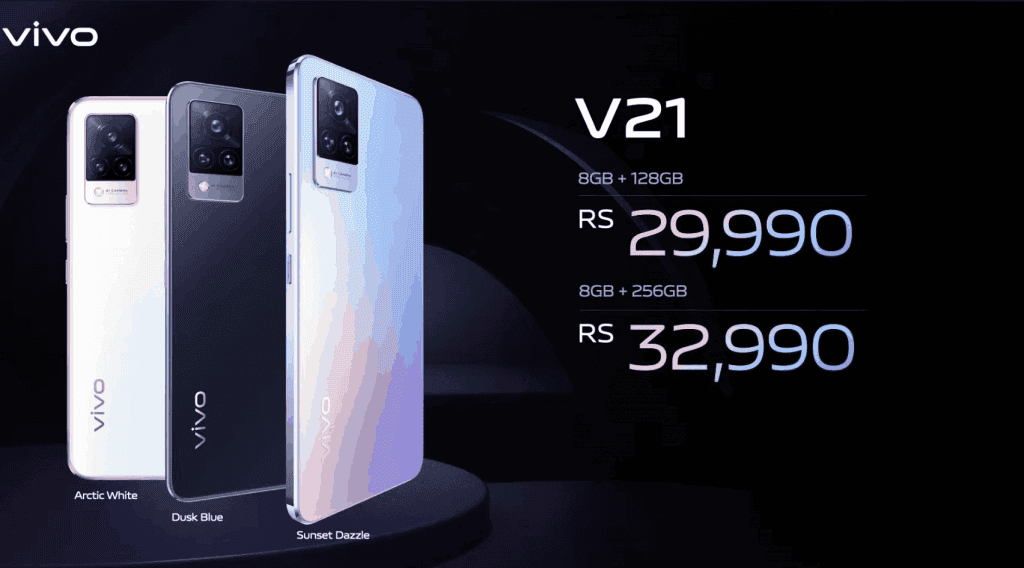 The phone comes in two variants in India; 8/128GB and 8/256GB. They are priced at Rs.29,999 (~$405) and Rs.32,999 (~$445) respectively. The phone will be available in three options including Dusk Blue, Sunset Dazzle, and Arctic White. It will be available to purchase starting 6th May. You can say the V21 is an all-rounder, but at a similar price, you can buy Snapdragon 870 powered phones. What are your opinions on Vivo V21? Let us know in the comments section below!

Read also: GOOGLE MESSAGES IS BEING REDESIGNED FOR SAMSUNG SMARTPHONES

Previous Google Messages is being redesigned for Samsung smartphones

Next Xiaomi is testing the virtual expansion of the RAM