We haven’t been hearing much about the Nubia Z series in the last months. However, the lineup started to appear in the headlines again last week when the President of ZTE, Ni Fei, published a teaser and a poll suggesting the iconic lineup return. Now, the rumors are starting to gain traction about a new device dubbed Nubia Z30. It will be a direct successor for the 2019’s Nubia Z30 and will adopt modern technologies from ZTE such as the company’s iconic under-display selfie camera. However, there’s more coming.

A new leak was posted today by C Technology, it brings a render of the upcoming Nubia Z30. The render shows the smartphone from behind at an angle that allows us to see both the rust-colored back and the gray front. The dual-tone design is divided by a line that goes around the frame. The handset will be the first smartphone to come with an under-display 3D ToF sensor for Face ID. The Chinese firm has demoed this sensor at MWC Shanghai earlier this year and it can really change the Face ID technology. So far, Apple has one of the most advanced Face ID solutions, but it comes at a steep price of having a wide notch in the top of the display. ZTE, however, will not have much problem using its new tech. 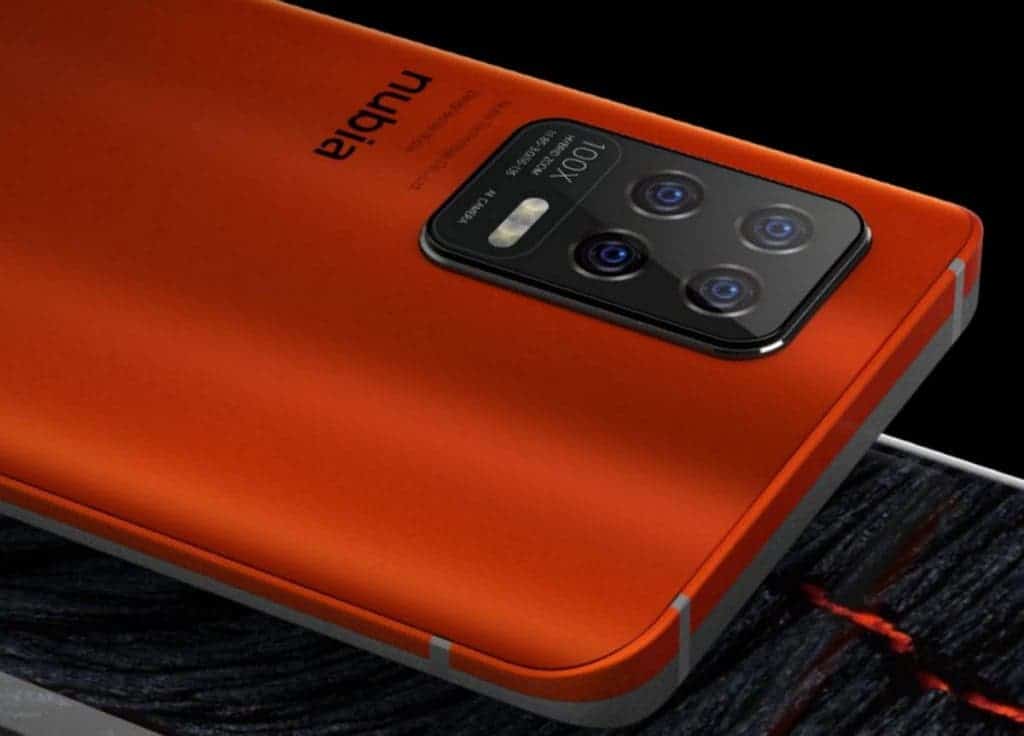 The new render also suggests a 100x hybrid zoom. Further, it reveals the focal lengths of the ultra-wide and the telephoto lenses, 16 and 135mm, respectively. However, don’t set these numbers in stone, since this is just a leaked render. Anyway, it suggests the presence of a periscope unit in the Nubia Z30.

The Nubia Z-series has been quite popular due to its unique rear-mounted display. According to the leakster Digital Chat Station, the Nubia Z30 will also come with a secondary display, just like its predecessor. However, the phone’s development got delayed. So it will take at least two months to be revealed officially.

As far as specifications are concerned, we’re expecting the phone to come with a Qualcomm Snapdragon 888. After all, the Nubia Z20 was a true flagship thanks to the use of the Qualcomm Snapdragon 855+. We assume that Nubia will push this as its 2021 flagship. The front-facing panel will be of the AMOLED kind as well as the probably rear-mounted panel.

The Nubia Z30 received 3C certification earlier today with support for the 120W fast-charging. This tech has been the signature of the latest Red Magic smartphone. We assume that its battery will be between 4,500mAh and 5,050mAh. Just like the Chinese and Global versions of the Red Magic 6 Pro.