Realme UI 2.0 early access program is now announced for the budget-oriented Realme C15 Qualcomm Edition. The Realme C15 has two variants including a Qualcomm variant as well as a MediaTek variant. The Qualcomm Edition comes with the Snapdragon 460 SOC while the MediaTek version rocks the Helio G35 chipset. The new update brings the latest beta version of Realme UI 2.0 based on Android 11.

Realme switched to its own UI from ColorOS. The reason behind this switch was to offer a close to pure Android experience which wasn’t the case on ColorOS. The Realme UI has been appreciated thanks to its simplicity and speed. In the current market, phones with pure Android are already rare which gives a boost to Realme smartphones.

Talking about the Realme UI 2.0, it was released back in September of last year. The Realme UI 2.0 early access based on Android 11 is slowly being released on Realme devices. The latest one to receive it is the Realme C15 Qualcomm Edition. Do note that is not the final version but an Early Access program. If things go right, and there are no bugs then all users will receive it.

People that are looking to test the new software are required to have the phone with either of the following firmware:  RMX2195PU_11.A.29 or RMX2195PU_11.A.31. If your phone is on the correct firmware, then head over to settings, select software update, tap on the Settings icon and then apply for Trial Version. If Realme accepts your application you will receive the OTA update.

The Realme C15 Qualcomm Edition was released back in October of last year. It came out of the box with Realme UI based on Android 10. It has a 6.5-inch IPS LCD panel with an HD+ resolution. Moving to the camera department, the phone features a 13MP wide-angle primary camera, 8MP ultrawide angle camera, 2MP B&W lens, and 2MP macro camera. There is an 8MP camera for selfies. 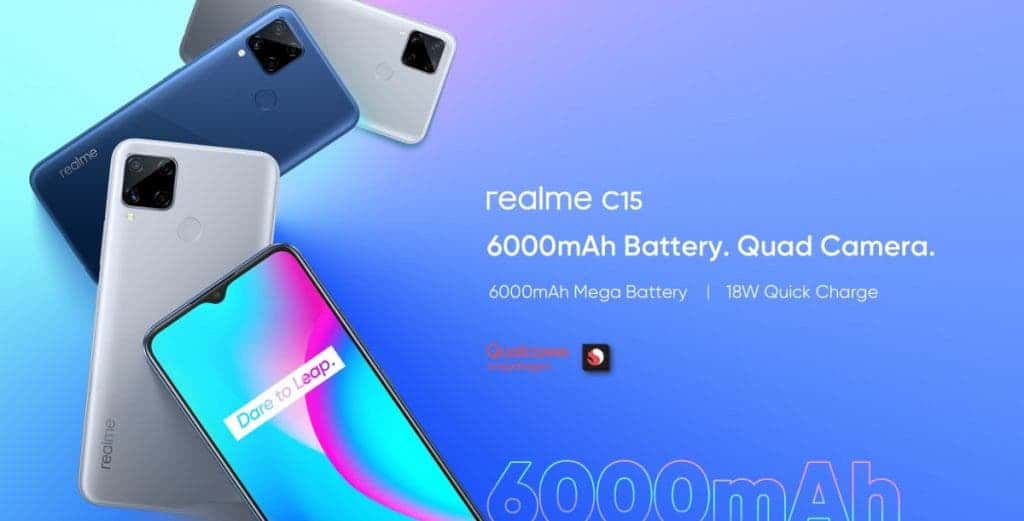 Powering the phone is the Snapdragon 460 SOC. There is a huge 6000 mAh battery with 18W fast charging support. Other notable features include a rear fingerprint scanner, accelerometer, proximity, and compass support. The phone was released after the launch of the MediaTek variant. It is also known as the Realme C15 Holiday Edition in some regions. What are your opinions on Realme UI? Let us know in the comments section below!