The year 2020 has certainly surprised most of the smartphone makers when a pandemic disrupted the supply chains and the market as a whole. In light of COVID-19 restrictions, the market suffered a great impact in the first quarter of 2020 with fewer people spending in smartphones and non-essential goods. The companies in the segment only started to recover in the third quarter of 2020. Many OEMs started to explore other segments such as the wearable segment in order to catch a little more revenue. Interestingly, the wearable segment composed of devices such as smartwatches and TWS earbuds scored impressive results and bypassed the crisis. One of the companies investing in the segment since the last year was Realme which introduced a bunch of smartwatches and TWS devices. Today, the company is ready for its second year in the wearable segment with the arrival of the Realme Watch 2.

The first Realme Watch was introduced almost a year ago. It was a cost-effective smartwatch that helped Realme to penetrate this competitive segment dominated by many other OEMs. The brand has since then introduced two more models including a Premium Watch S smartwatch. Now, the company is bringing the second generation of its Realme Watch series which retains the square look of its predecessor.

The Realme Watch 2 features the very same 1.4-inch IPS LCD found on its predecessors. It offers a 320 X 320 pixels resolution and a maximum brightness of 600 nits. The wearable has just a single button on the right-hand side and offers IP68 water-dust resistance. It’s quite lightweight with just 38 grams. 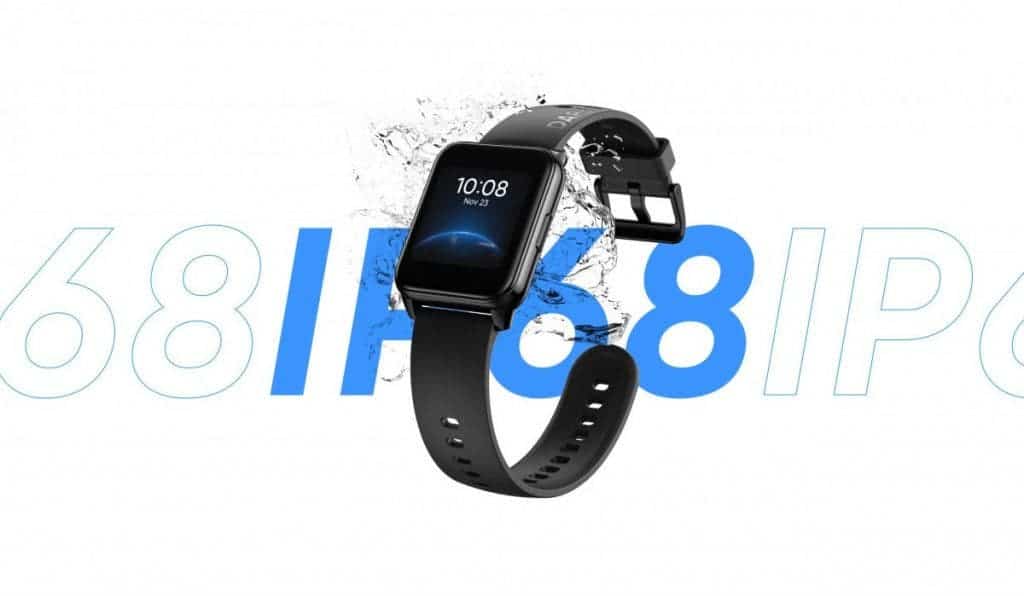 Realme offers up to 100 Watch Faces and more can be added in the future. So what makes this smartwatch smart? It comes with 90 sports modes which is a massive increase over the 14 offered by the previous model. It also boasts sleep and stress tracking. The wearable offers a heart rate monitor which is mandatory for smartwatches nowadays. 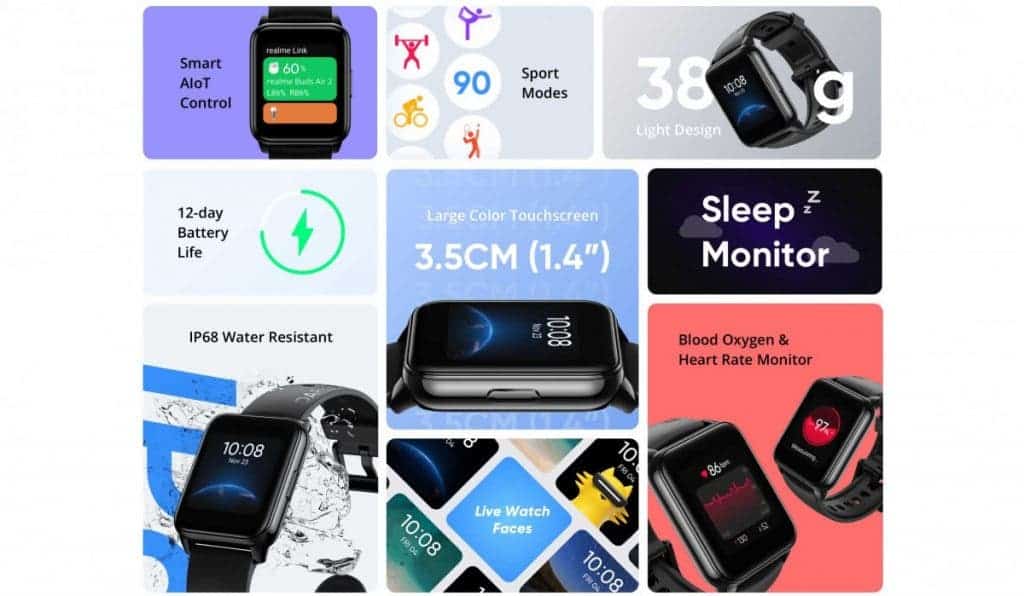 Moreover, it also comes with a SpO2 monitor which allows users to track the levels of oxygen on their blood. This has become one of the most requested features since the last year. The wearable also comes with Smart AIoT control for all your Realme smart devices and appliances.

The wearable also offers decent battery life in comparison to the first wearable thanks to a 315mAh battery. That is almost twice the amount offered by the original model. According to Realme, it will be enough to handle 12 days of usage.

The new smartwatch costs MYR 229 which roughly translates to $55/€46/INR 4,125. For now, it is only available in Malaysia. But we’re sure Realme will bring it to other regions, especially India very soon.

Next Samsung Galaxy M32 has key specs revealed by GeekBench