If in the case of Redmi, Xiaomi does not hide its blood ties with its sub-brand; but, in relation to Poco it prefers to pretend that it is not involved in it. The Chinese demonstrate that the Poco is an independent brand.

We have already seen several replicas of Redmi devices under the Poco brand and the cloning practice will continue. It was reported that the company will release the Poco F3 GT. Traces of this model with the index M2104K101 and the codename ares were found in the MIUI 12 firmware code. It was the mention of the codename of the device that made it possible to understand what kind of device it would be. 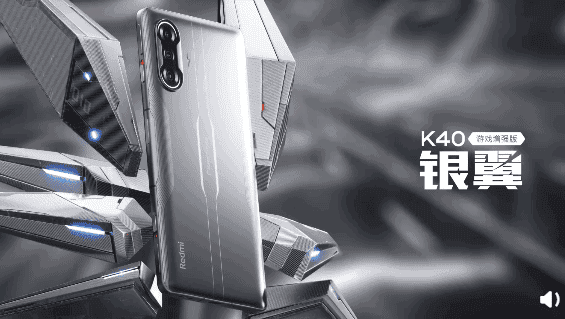 Recall that the Redmi K40 GE has a Dimensity 1200 chip, a 6.67-inch 120-Hz AMOLED display, up to 12 GB of RAM and up to 256 GB of storage. The battery capacity is 5065 mAh and there is support for fast charging with a capacity of 67 watts. They offered a liquid cooling system in the smartphone, stereo speakers with tuning from JBL and a triple rear camera with a 64-megapixel main sensor.

The Redmi K40 Game Enhanced Edition went on sale and the company boasted that it managed to sell 100,000 smartphones in just a minute.

Meanwhile, the head of Redmi Liu Weibing announced that the company has decided to try its hand at the gaming smartphone segment in order to popularize them. According to him, gaming mobile phones are not very popular due to their high cost.

“Today the cost of a processor is at least $ 10, memory and the screen are even more expensive. There are also marketing costs. If you add up all the costs; it turns out that creating an affordable gaming smartphone is not an easy task. In this situation, popularizing gaming smartphones is not easy, ”said Liu Weibing.

However, Redmi sees its mission to offer affordable gaming smartphones to users. It believes in the success of its first child and plans to sell 1.7 million Redmi K40 Game Edition.

Next Distance learning has generated huge demand for Chromebooks