Google previously revealed in an email that it has not yet released the new entry-level Pixel Buds true wireless headset. However, the company confirmed that this device will have a “forest green” color scheme. However, it appears that a backroom staff at Google is not doing a very good job. A recent tweet from the company claims that the “Pixel Buds A-Series have arrived”. The tweet comes with an image of this earbud. However, the company has since deleted the tweet but not before screen grabbers got a hold of it. 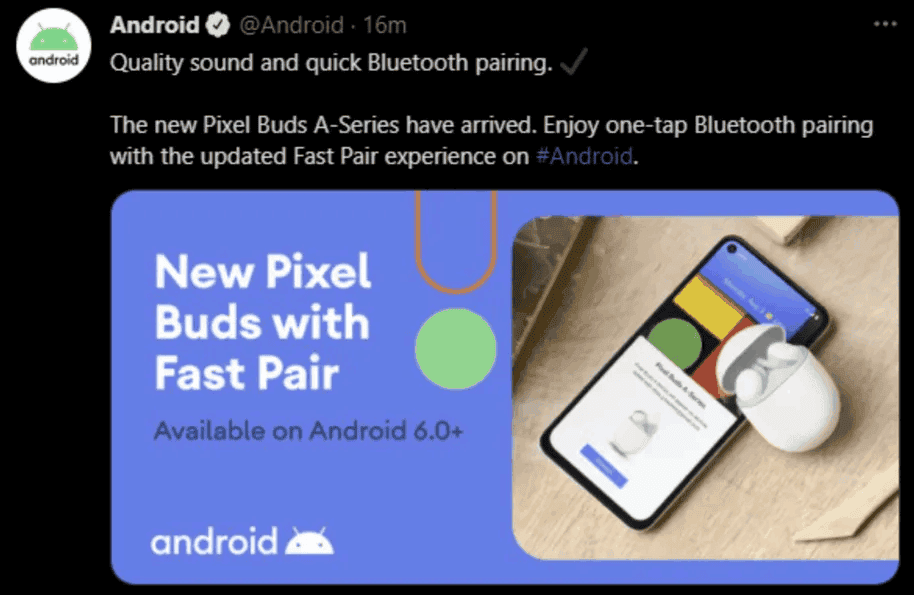 Google has not officially announced the Pixel Buds A-Series. This device will most likely arrive anytime soon and should sell for less than $179. Although there have been rumors of this headset since March this year, this is the first official confirmation of its name.

It is not surprising that Google chooses to use the “Buds A-Series” nomenclature. Recall that the Google Pixel 4 series has a Pixel 4a version. The “A” model is usually a lower version of the standard model.

Google I/O Conference will be held in a few weeks and it will discuss many issues related to the Android system, UI, and privacy policy. Specifically, this conference will commence on May 18th which is about two weeks from now. The Google Pixel Buds A-Series true wireless headphones are expected to be released during this period.

The Google Pixel Buds 2 which is currently on sale was released in 2020. It offers a variety of colour schemes, supports Google Voice Assistant and voice-read notification messages. The product has a battery life of 5 hours and is priced at $179.