India poses as the second-largest smartphone market in the world which keeps on growing every single year. There’s a reason why every smartphone brand wants to perform better in the aggressive Indian market. Lately, we’ve witnessed the demand for wearables in the country as well. According to the latest report by IDC, the Indian wearable market has witnessed a whopping 144% growth. It’s no wonder why Xiaomi is now planning to bring its Redmi Watch to the country. Yes! you’ve heard it right.

Xiaomi Redmi Watch set to launch in India on May 13

Xiaomi’s sub-brand Redmi is now hosting a digital event on May 13 where the company will reveal its all-new Redmi Note 10S smartphone. To top things off, we will also see Redmi Watch going official. This information is coming straight from the VP of Mi India – Manu Kumar Jain. Manu recently posted a teaser of the Redmi Watch launch on his official Twitter account.

Bet you didn't see this coming! 👀

Brace up to #WearYourVibe and witness the arrival of @RedmiIndia's first _ _ _ _! 😎

RT and let me know your answer.

While the teaser doesn’t really mention the Redmi Watch keyword, it’s of course what he’s talking about. For those who’re unaware, the wearable went official in China back in November 2020. Well, Redmi Watch is now making its way to the Indian market. The tweet also includes the link of the webpage where interested buyers and lurkers can tap on Notify button.

The published webpage reveals few pieces of information related to the wearable. Redmi Watch will feature 200+ watch faces, sleep & heart rate monitoring, guided breathing, 11 sports modes. Above all, we’re also looking at GPS navigation support. The smartwatch was launched with CNY 299 price tag in its homeland which roughly converts to INR 3,400 or $46. Redmi Watch will compete with the likes of Amazfit and Realme in the Indian market. 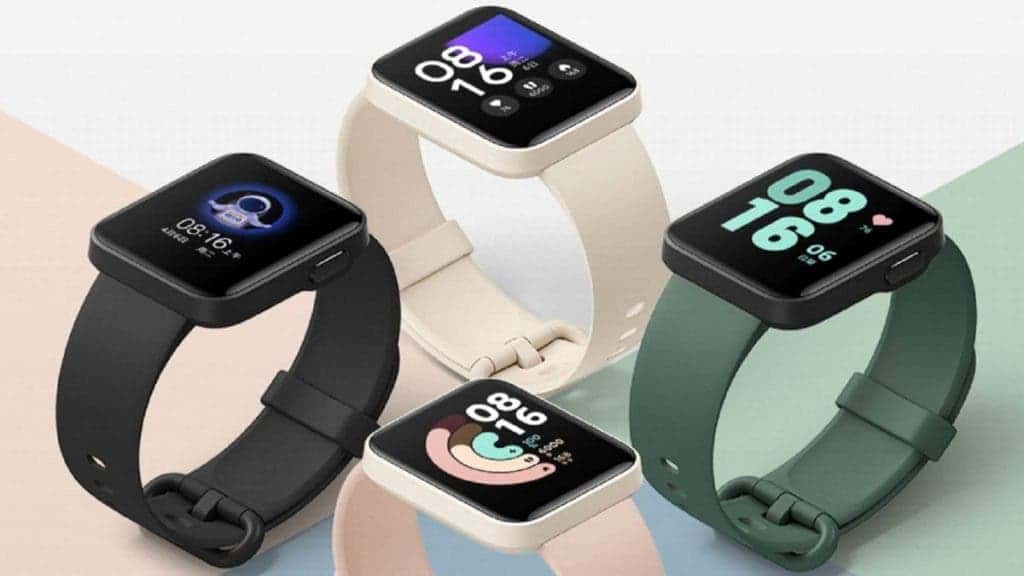 For those who’re unaware, Redmi Watch is essentially a rebranded version of Mi Watch Lite. Well, Xiaomi has left no stone unturned to make things confusing. With that said, the wearable comes with a 1.4-inch display with 323ppi density along with 2.5D curved glass. In addition, we might see NFC for contactless payments which would be a solid addition.

The wearable will make use of a 230mAh battery packed inside that claims to offer up to 12 days of life on a single charge. We should also see colorful variants and strap options.

Previous Samsung Galaxy S8 series will no longer get updates

Next Xiaomi CC10 series is coming - gets battery certification