The development of HarmonyOS is currently in full gear and Huawei is not taking any chances. The company knows that it is not an easy task to grow HarmonyOS. This system will need time and serious commitment from Huawei if it must see the light of day. As of now, Huawei smartphone users are already getting the HarmonyOS 2.0 update. It is still in the beta phase but so far, the testing has been smooth. Recently, users have been releasing videos of the HarmonyOS 2.0 features. Yesterday, there was a video that shows the official ringtone of this system. Now, the latest video shows that this system increases the RAM and storage of smartphones. 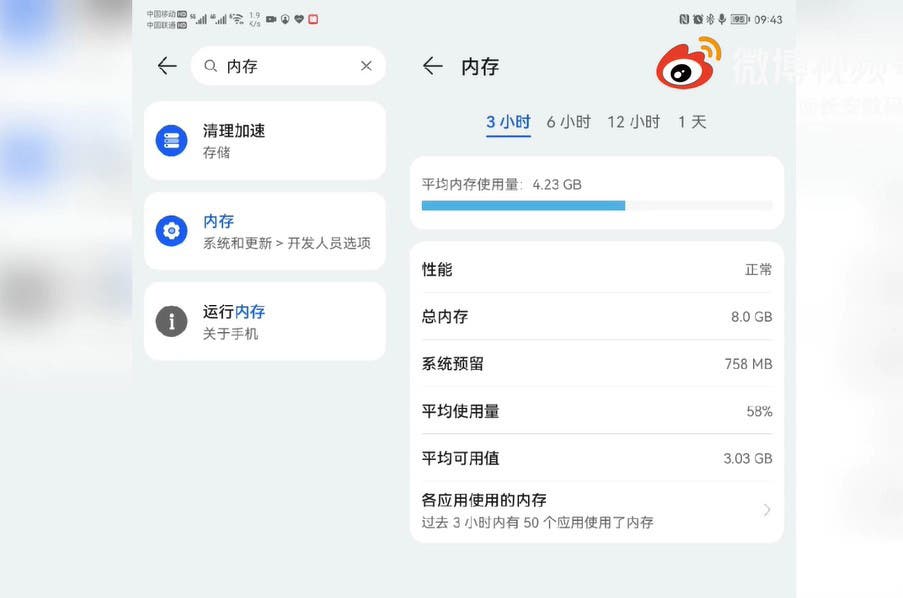 According to popular Weibo leakster @长安数码君, after upgrading from Android-based EMUI 11 to HarmonyOS 2.0, Huawei smartphones have more RAM and file storage space. The additional available memory is more than half a GB. As for the storage, there is an extra 6GB of internal storage. He believes that this means that the HarmonyOS system will be lighter than the Android system. Furthermore, it appears that the HarmonyOS 2.0 memory requirement is generally not high. This means that the system will work better for smartphones will small memory and storage space.

Is HarmonyOS faster than Android?

In addition, a new video shows that the response speed to HarmonyOS is faster than that of the Android system. However, since it is still in its beta testing, it is too early to do any comparison. It will be better to wait for the final stable version before we draw any conclusion. This is because, at the end of the beta testing, it may become necessary to make this system heavier or even lighter.

As of now, the official timeline for the release of the stable version is bleak. However, from the information so far, Huawei should commence the large-scale release of the HarmonyOS as soon as June. Huawei models like Huawei Mate 40, Mate 30, P40, and Mate X2 series will get this update. These will be among the first batch of devices to get this update.

According to Wang Chenglu, President of Huawei’s Consumer Business Software Department and Head of AI, HarmonyOS offers a unifying language for intelligence, interconnection, and collaboration of different devices. He claims that the HarmonyOS will run on 300 million units of devices this year. This includes smartphones, tablets, and other IoT devices. Of this number, about 200 million or more will be smartphones.

Next Realme V25 might be launching soon with these specifications