Huawei’s warehouse stocks are running out, and it is still impossible to resolve the issue of purchasing new components due to US sanctions. Nevertheless, the company is preparing to present the Huawei P50 series, which from the category of spring flagships can migrate to the category of summer ones.

There is a possibility that the new series will receive the status of the last flagships of the company and the company will put this final point in the smartphone industry in a spectacular and bright way. Therefore, the Huawei P50 family should get all the best on the market and above all in the camera section. The most advanced representative of the line will be the Huawei P50 Pro +, and today a high-quality render of the flagship has appeared on the network. 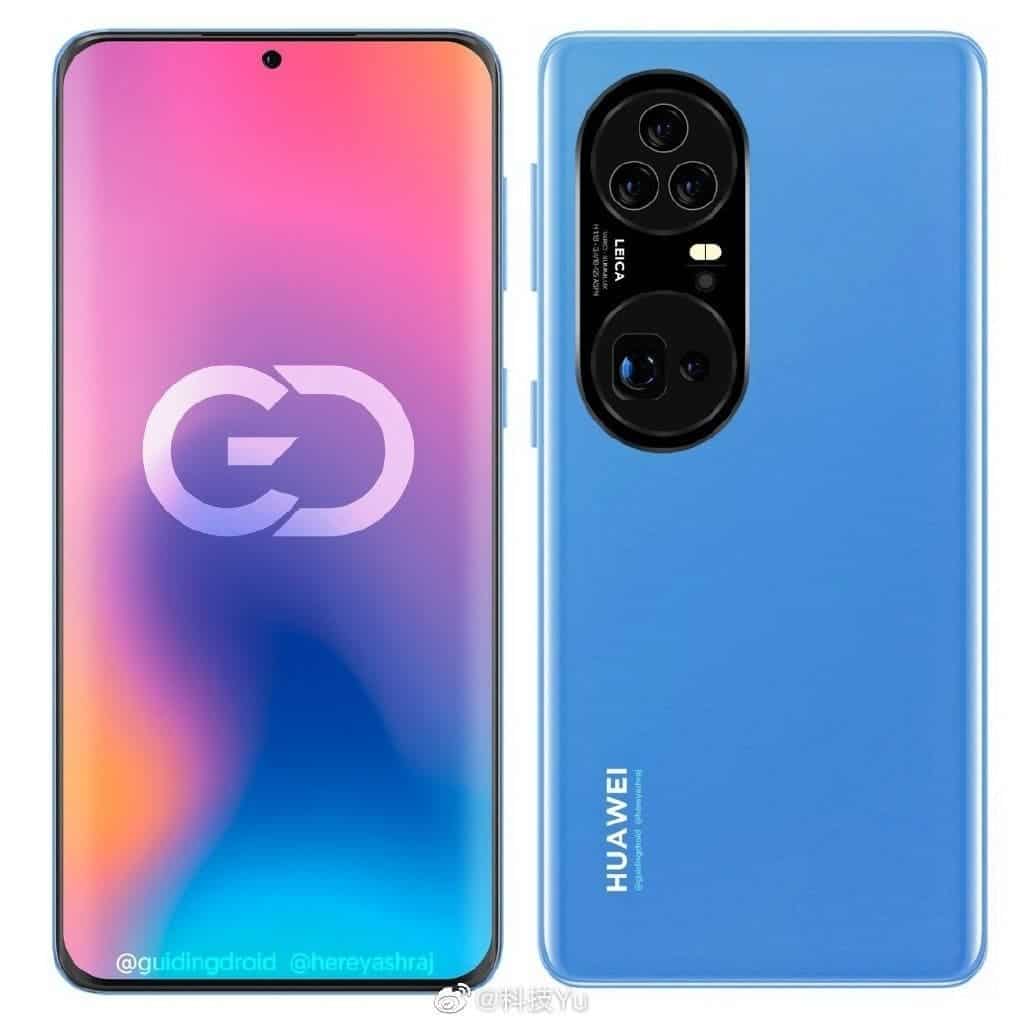 The design of the Huawei P50 Pro + already looks familiar to us thanks to the images that have previously appeared on the network. The front panel will resemble the flagships of the Galaxy S, but the main camera unit is really original. It is massive and clearly allows you to stand out from the crowd. The most interesting thing is that Huawei P50 Pro + will have five sensors and this will be the first smartphone of the company with so many sensors. One of them is periscopic and nearby, perhaps, a camera for macro photography or depth analysis. Leica branding is also available.

According to rumors, the Huawei P50 Pro + will receive a 1-inch Sony IMX800 sensor; as the main sensor on the back of the Huawei P50 Pro +. The focus in the camera will be on zoom, and it can be digital 200x. Among other characteristics of the camera, a liquid lens is mentioned, which the company has been creating for several years.

After a series of transfers, Huawei has decided on the date of the announcement of the flagship series Huawei P50. At least, insiders assure us of this and even call the exact release date – June 17th. The press event is expected to show only smartphones.