The development team of the AnTuTu benchmark platform has published the next monthly rating of the 10 most powerful smartphones. It was compiled based on the results of April in the Chinese market. Another feature of the rating is that for the first time it is based on the results of smartphones running in the new version of the AnTuTu V9 benchmark.

The open version of AnTuTu V9 appeared a month ago, which mentions among the innovations improved scripts for testing the central chip and the emergence of new test algorithms for the graphics subsystem.

By tradition, the most powerful were chosen both among the flagships and among the models of the middle class. The top ten of the most powerful top-end mobile devices were occupied by devices with Snapdragon 888. The Black Shark 4 Pro is the leader here, whose result was an impressive 860 467 points. Silver and bronze belong to Oppo Find X3 Pro and Nubia Red Magic 6. Further, the table of ranks looks like this: OnePlus 9 Pro, Lenovo Legion 2 Pro, Vivo X60 Pro +, iQOO 7, OnePlus 9, Xiaomi Mi 11 Ultra and Xiaomi Mi 11. 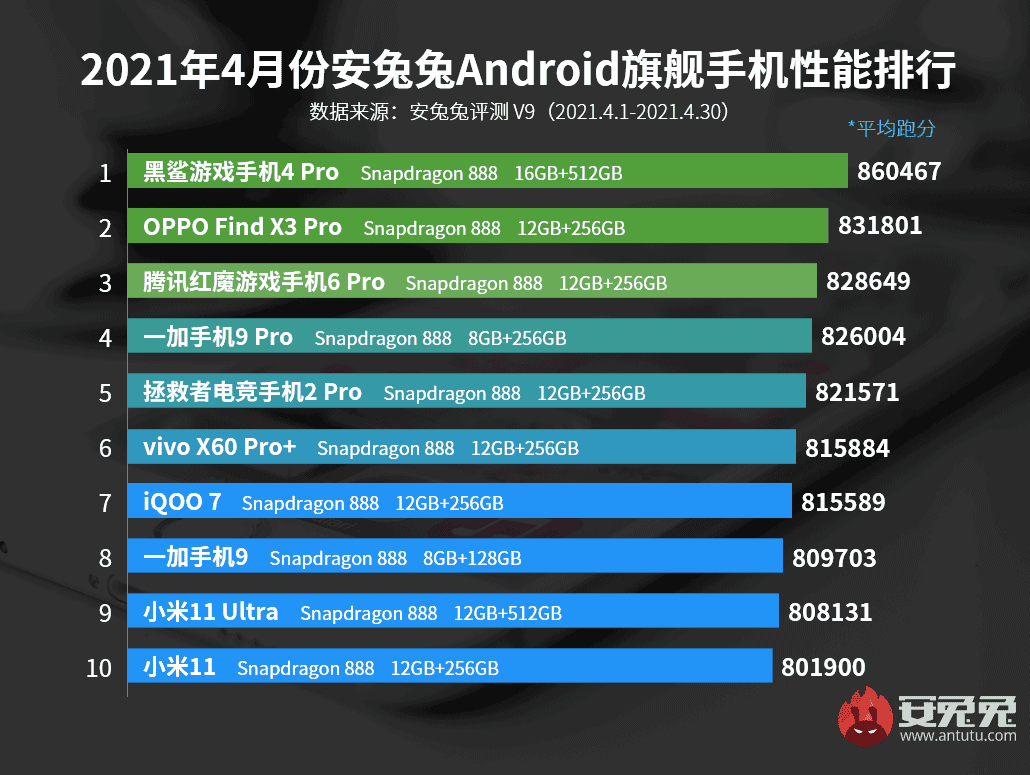 As for the rating of the most powerful devices of the middle class, it is almost calm. The list has remained practically unchanged for several months and Redmi 10X based on Dimensity 820 has firmly established itself at the top. But there were some surprises and for the first time the iQOO Z3 appeared in the ranking, which immediately jumped to the second line. This is the latest smartphone running the Snapdragon 768G. 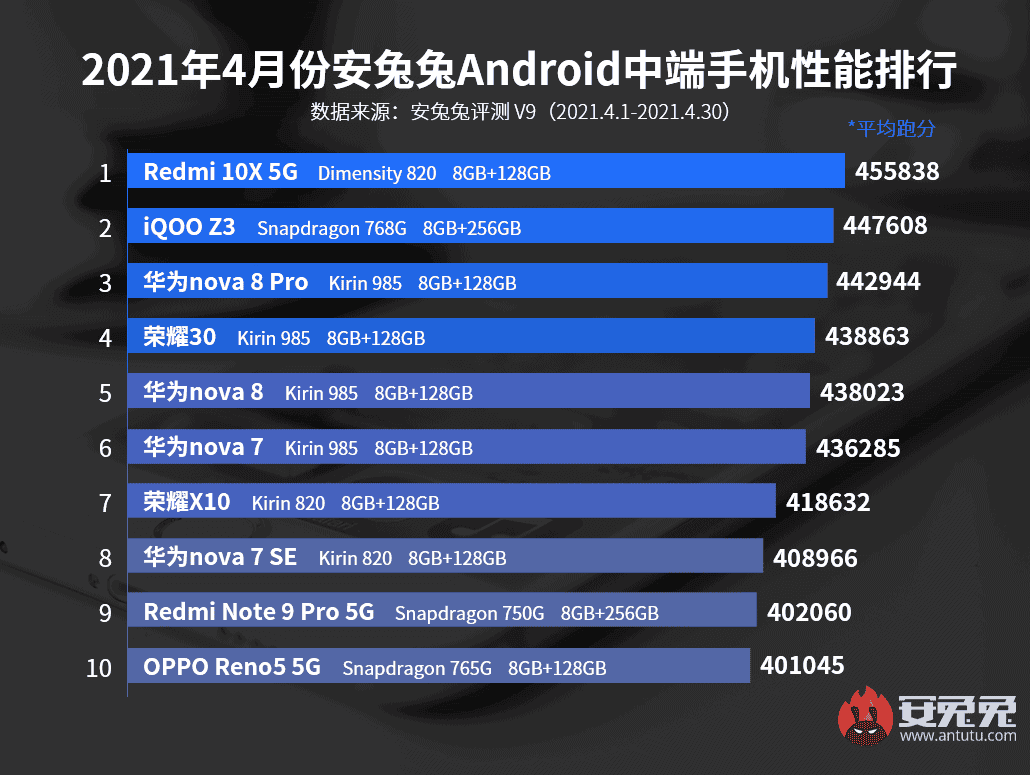