Apple today released the new iOS 14.6 and iPadOS 14.6 developer preview (public beta Beta3). This update is coming one week after the release of iOS 14.6 and iPadOS 14.6 Beta 2 update. Users can get these updates from Apple Developer Center. Also, they can download the update wirelessly after installing the appropriate configuration file on the iPhone or iPad. 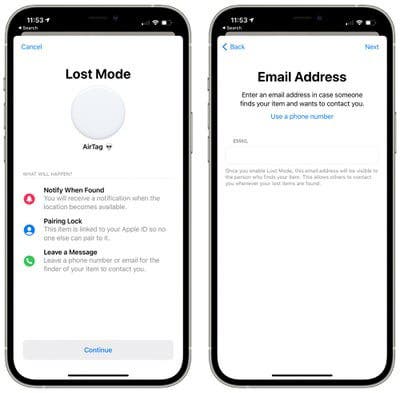 iOS 14.6 and iPadOS 14.6 have very few changes, mainly performance optimization and bug fixes. For AirTag, the new beta version adds a new feature that allows you to enter an email address as a contact method in Lost Mode instead of a phone number. In iOS 14.5, there is no option to use email, and Apple only allows the use of phone numbers.

Today, Apple also released watchOS 7.5, tvOS 14.6, and macOS Big Sur developer preview Beta 3. These updates also do not have any major changes. They all come with minor performance improvements

For each beta of the iOS 14.6, it appears that there is a new feature to unravel. Each of the betas does not come with significant upgrades. However, they make the entire system smoother and eliminates some bugs. The first two betas upgrade the IOS 14.6 podcasts’ new design. With the new design, users can now easily access an interface for paid subscriptions. There is also a very simple transition from the test version to the stable one via the “Software Update” feature in the iOS settings. This process is not entirely easy or straightforward in previous versions.

In general, the fresh firmware is practically the same as iOS 14.5, but it is assumed that with the release of subsequent beta versions it will acquire new features. Apple is set to fully enforce its new privacy rules. In the new stable version of the iOS 14.5, it will be possible to change the voice of Siri and a host of other smaller-scale innovations.

Next Best ways to bypass the activation lock on iPad + giveaway