The premiere of Asus Zenfone 8 and Zenfone 8 Flip will take place tomorrow. Through the efforts of insiders, we know a lot about new products, but still the question of pricing remains open. However, in the case of Asus Zenfone 8, network informant Sudhanshu Ambhore managed to find out something.

Recall that Asus Zenfone 8 is credited with a 5.92-inch OLED screen with FullHD + resolution and a refresh rate of 120 Hz, Snapdragon 888 platform and Android 11 operating system with ZenUI add-on. The smartphone will receive LPDDR5 RAM, a UFS 3.1 flash drive, a 4000 mAh capacious battery; with fast 30-watt charging, a 12 megapixel front camera and a 64 megapixel main camera (Sony IMX686) + 12 megapixels.

Other features of the Asus Zenfone 8 include stereo speakers; a 3.5mm headphone jack, support for Wi-Fi 6 and Bluetooth 5. Simultaneously with the announcement of this model, the Asus Zenfone 8 Flip will be presented, which will receive a folding camera module. 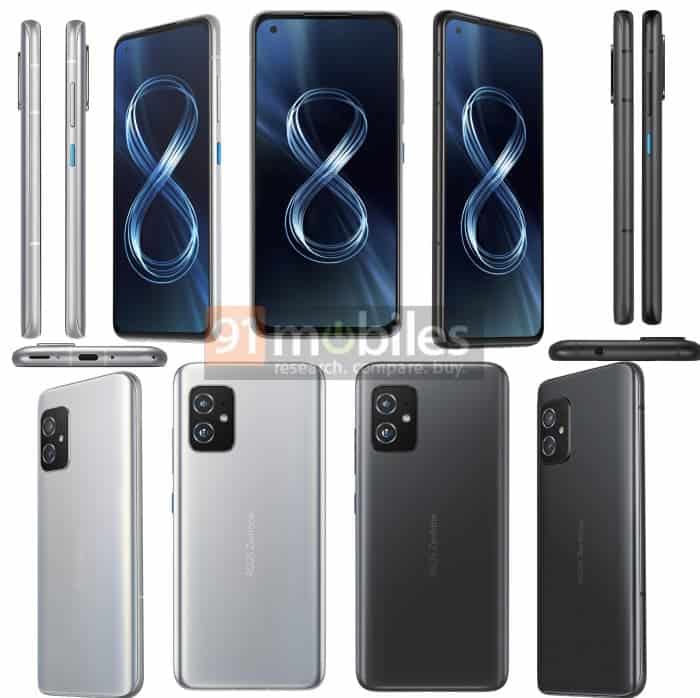 On the eve of the announcement of the ASUS ZenFone 8 (ZenFone 8 Mini) smartphone, scheduled for May 12, the famous tech blogger Mukul Sharma has recently published on Twitter the specifications of the device.

Note that although Sharma has more than once published accurate information, we are still talking about unofficial data, since the company can always change something in the characteristics of the device before its announcement.

According to the blogger, the ZenFone 8 smartphone, which may appear on the market under the name ZenFone 8 Mini, will have a 5.9-inch Samsung E4 AMOLED display with Full HD + resolution and refresh rates up to 120 Hz. The display has a durable Gorilla Glass Victus protection.

The smartphone is based on an eight-core Qualcomm Snapdragon 888 processor, has up to 16 GB of RAM, a 256 GB UFS 3.1 flash drive, Bluetooth 5.2, Wi-Fi 6 wireless adapters, as well as a USB Type-C port, 3.5- mm audio jack, FM radio, two stereo speakers and three microphones.

The specs of the smartphone include a triple rear camera with a main 64MP Sony IMX686 sensor; a 12MP wide-angle sensor and a macro sensor. The front camera has a resolution of 12 megapixels. Both have support for Electronic Image Stabilization (EIS).

The 4000 mAh battery supports 30-watt charging. A fingerprint sensor under the screen the screen is in use to unlock the device. The dimensions of the smartphone are 148 × 68.5 × 8.9 mm, the weight is 169 g. The device runs Android 11 with the ZenUI 8 interface.

Next Red Magic 6R Got TENNA Certification: The Thinnest Gaming Phone At The Moment