Not long ago, Redmi released its first gaming smartphone dubbed the Redmi K40 Gaming Enhanced version. It came with an unusual design . The body is extremely simple, light and thin. At the launch event, the company announced this is the thinnest gaming smartphone in the world. Subsequently, ZTE’s Ni Fei said through Weibo that 8.3mm could not be the thinnest gaming phone in 2021. With this statement, the ZTE executive hinted that the upcoming Red Magic 6R gaming phone will have a slimmer body.

Today, a new Nubia phone with a model code NX666J passed 3C certification. The documents show that it will support up to 55W fast charging. This is slightly less than the previous 66W. However, this is still considered to be fast charging. There is every reason to think we are dealing with the upcoming Red Magic 6R gaming phone.

Meanwhile, suspected Red Magic 6R gaming phone also received a TENNA certification. As the corresponding documents show,  it did not inherit the previous Red Magic 6 series’ design. The overall appearance looks like a mainstream phone. It also uses a hole-punch screen design. The front camera opening is in the upper center area. 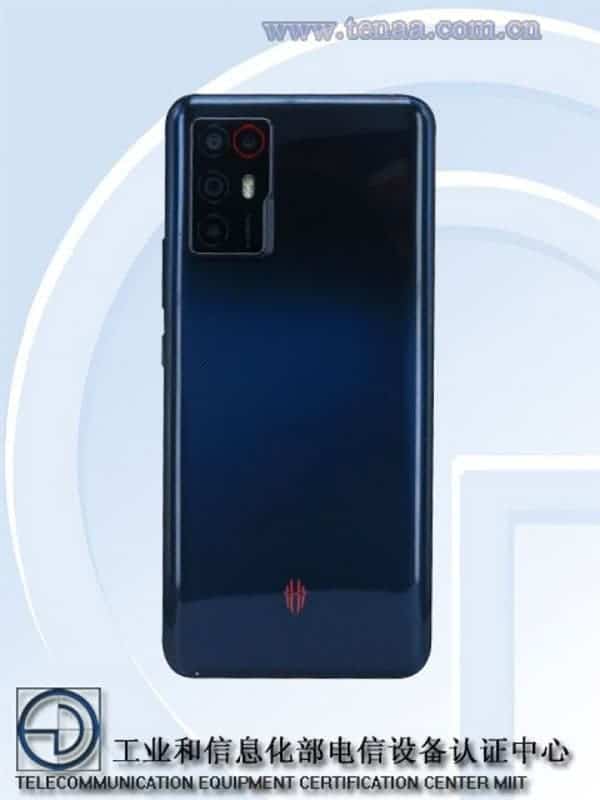 As for the back design, the Red Magic 6R looks very simple. There are many things in common with the ZTE Axon A30. Say, it sports a matrix-style quad-camera in the upper left corner and the Red Magic logo is printed below. The main camera sensor will have a 64MP resolution.

In addition, the Red Magic 6R seems to retain capacitive touch shoulder buttons on the side, which can greatly enhance the user’s gaming experience.

It is also known that the new product will receive a 6.67-inch Full HD+ display with a resolution of 2400 × 1080 pixels. In the front, there will have a single camera with a 16-megapixel sensor.

As for the configuration, the Red Magic 6R will sport the Snapdragon 888 processor, a 6/8/12GB memory and a 128/256/512GB storage. Also, more interestingly, it is 8.2mm thin. This phone also weighs 186 grams. And under the hood, the phone hosts a built-in 4100mAh battery. Thus, we are dealing with the thinnest gaming phone on the market at the moment.

Previous Asus Zenfone 8 pricing revealed ahead of the announcement

Next iPhone 12 production declined in India due to coronavirus