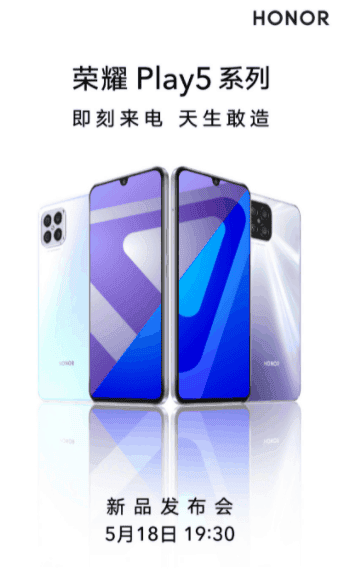 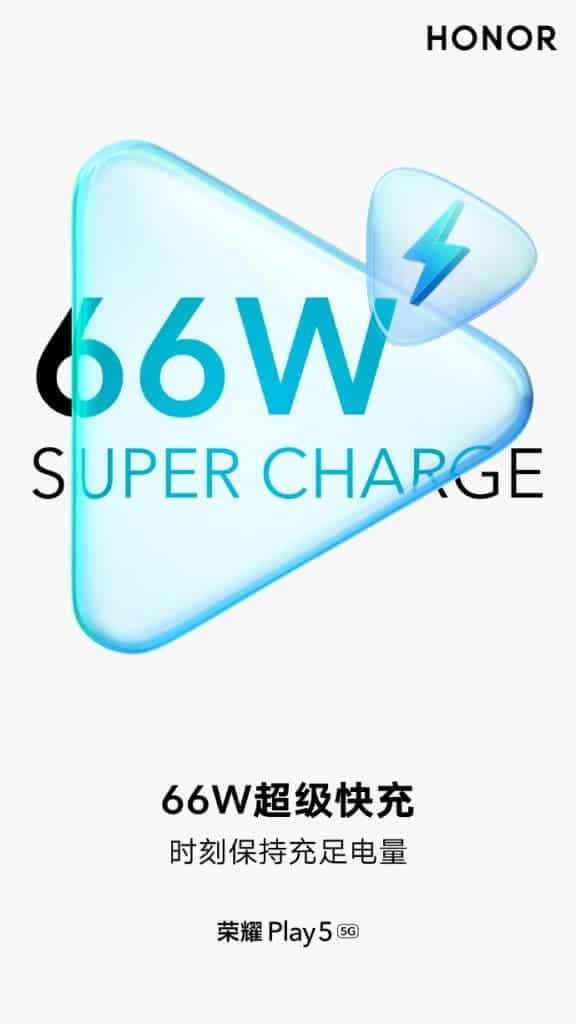 According to him, the Honor Play5 will come with a MediaTek Dimensity 800U processor. This is the same chip that the Honor V40 light luxury version that sells for 2999 yuan ($466). The body of this smartphone is only 7.46 mm thick and this device will weigh 179g.

In the camera department, this smartphone will use a quad rear camera setup. Specifically, this smartphone uses a 64MP main camera. In addition, it also has an 8MP ultra-wide, 2MP macro, and a 2MP depth sensor to complete the quad-camera setup. Well, the main sensor is quite good for a mid-range smartphone. However, that’s about the only interesting thing about the camera hardware of this device. For its front camera, there is currently no information regarding the specification of this device. Furthermore, this device uses a 3800 mAh battery.

If this smartphone truly supports 66W fast charging as the teaser says, then achieving a full charge will be pretty swift. Considering that this device comes with a 3800 mAh battery, it should achieve a full charge in about 30 minutes.

Looking at the specs of this device, the Honor Play5 appears to be a pretty decent mid-range smartphone. We are sure that users will not have an issue with the battery considering its fast-charge capacity. What are your opinions on the Honor Play 5? Let us know in the comments section below!