Apple recently delighted its fans with the release of the iPad Pro on the powerful M1 chipset; which managed to “make some noise” in the latest generation Macbook. The AnTuTu benchmark has published an interesting comparison of the results of synthetic tests of two such different categories of devices; which can be compared not only with each other; but also with the iPad Pro 12.9 of the previous generation, on the A12Z Bionic. Moreover, the latter is the most interesting from the “evolutionary” point of view. 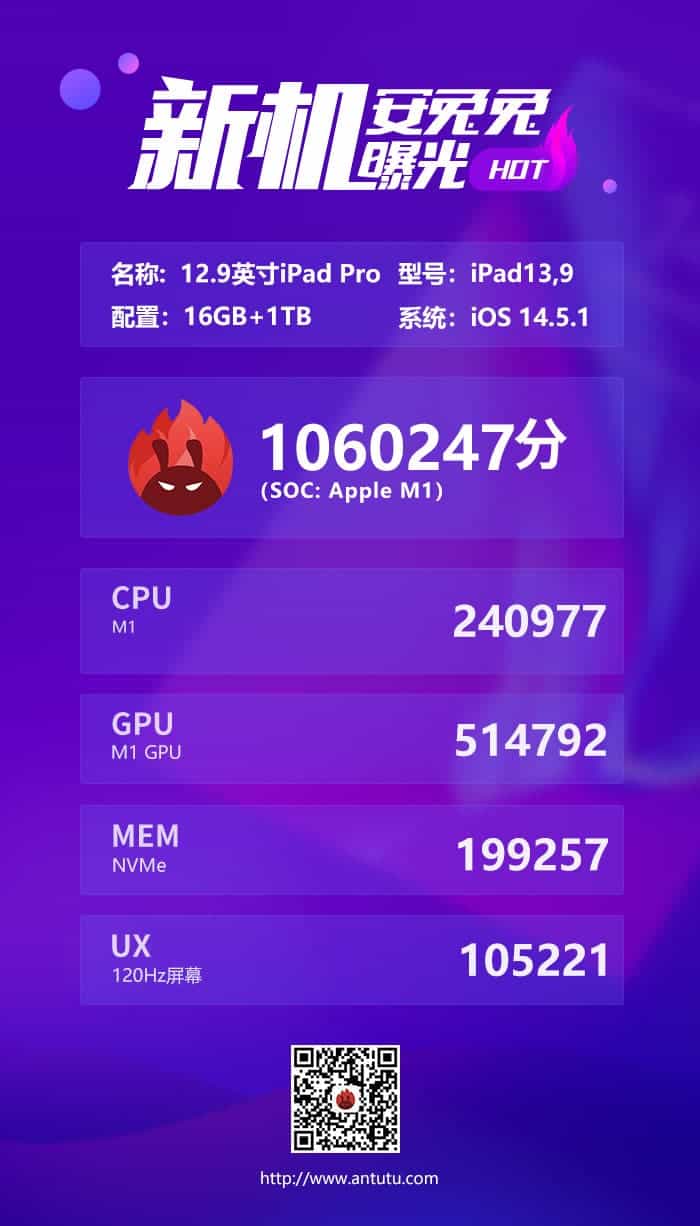 So, M1 is stronger than the last version of the A-series by about 343 thousand points, or almost half, which is impressive. But the difference in points with the MacBook Air is not too big, which once again indicates that the same, and not a lite version is in use. 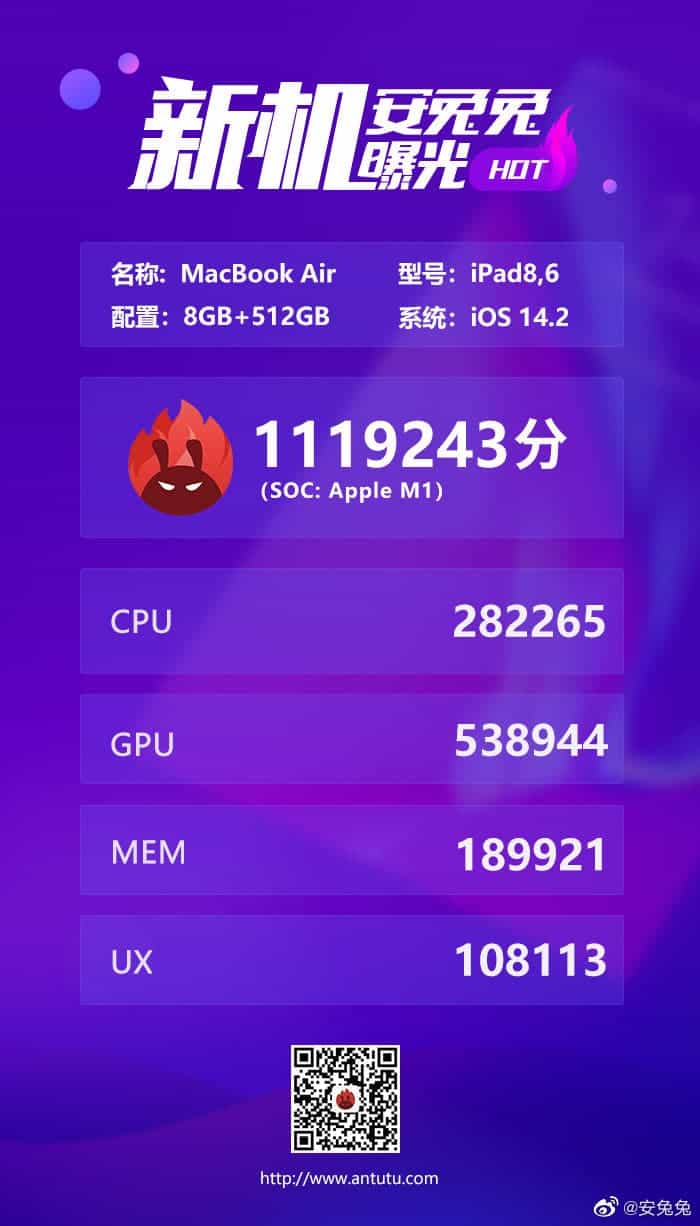 AnTuTu also recalled that the top-end iPad Pro 12.9 comes with 16GB of RAM, which looks no less impressive than the 8GB MacBook Air. 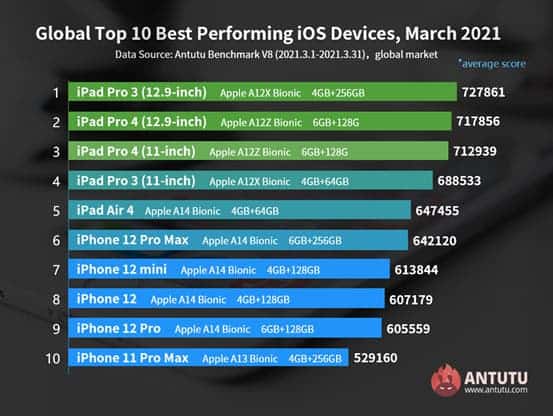 Recently, Apple announced substantially redesigned iPad Pro models. The new 11 and 12.9-inch models received the powerful M1 processor used in the company’s laptops and desktops. Acceptance of pre-orders for both devices started on April 30. Apple said they will arrive at retail sometime “in the second half of May”. Reliable analyst Jon Prosser gave the exact dates.

Curiously, the 11- and 12.9-inch versions of the tablet will hit the market one day apart. Prosser says the 12.9-inch iPad Pro will be available for purchase on May 21st. Those who like the more compact 11-inch model will have to wait until May 22nd. Curiously, May 22 will be Saturday, and Apple usually refrains from launching new products over the weekend. As a reminder, some Apple suppliers are rumored to be hit hard by the global semiconductor shortage. This is what accounts for such a large interval between the presentation and the start of sales of new devices.

Recall that the new iPad Pro outwardly practically does not differ from their predecessors. However, they got a completely new platform, represented by the M1 ARM computer chip, and the 12.9-inch version boasts a new Mini-LED Liquid Retina XDR matrix. Professionals will also appreciate the built-in USB-C port with Thunderbolt 4 support, which makes it possible to display the image on an external monitor, as well as connect other external devices.