Last month Vivo introduced the Vivo V21 5G in India, but the other expected variants were out of the party. Apparently, this will change soon as the Vivo V21e 5G has passed by Google Play Console. The device was spotted alongside another smartphone bearing the Vivo Y73 moniker. The smartphones come with model numbers V2055 and V2059 respectively and have similar specifications and look. However, there is a major difference between them – one is a 5G phone while the other is an LTE-only device. 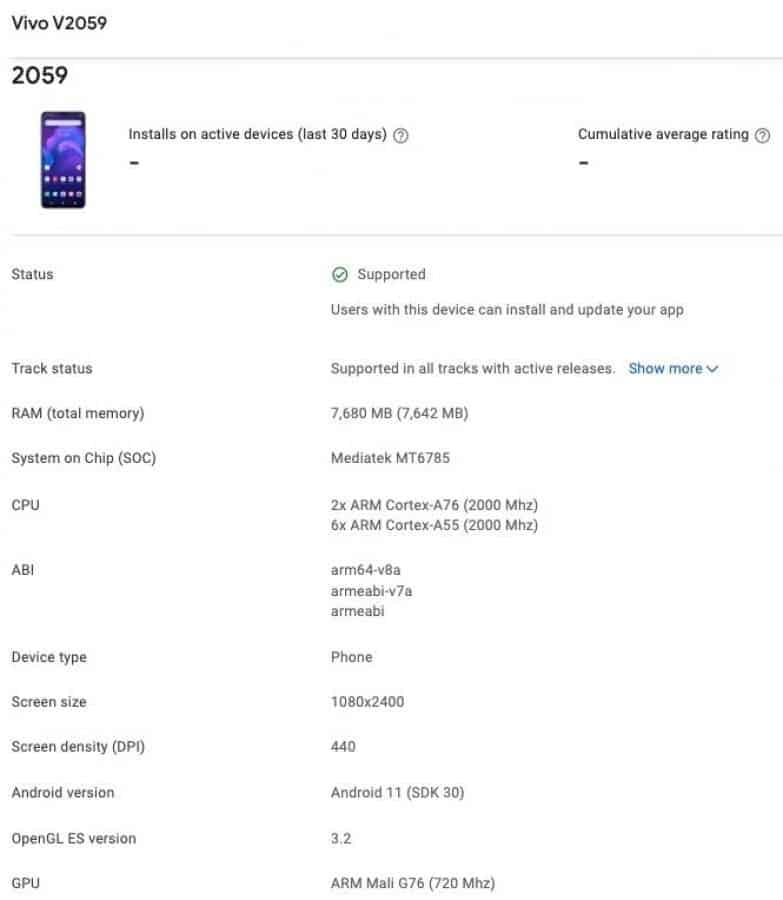 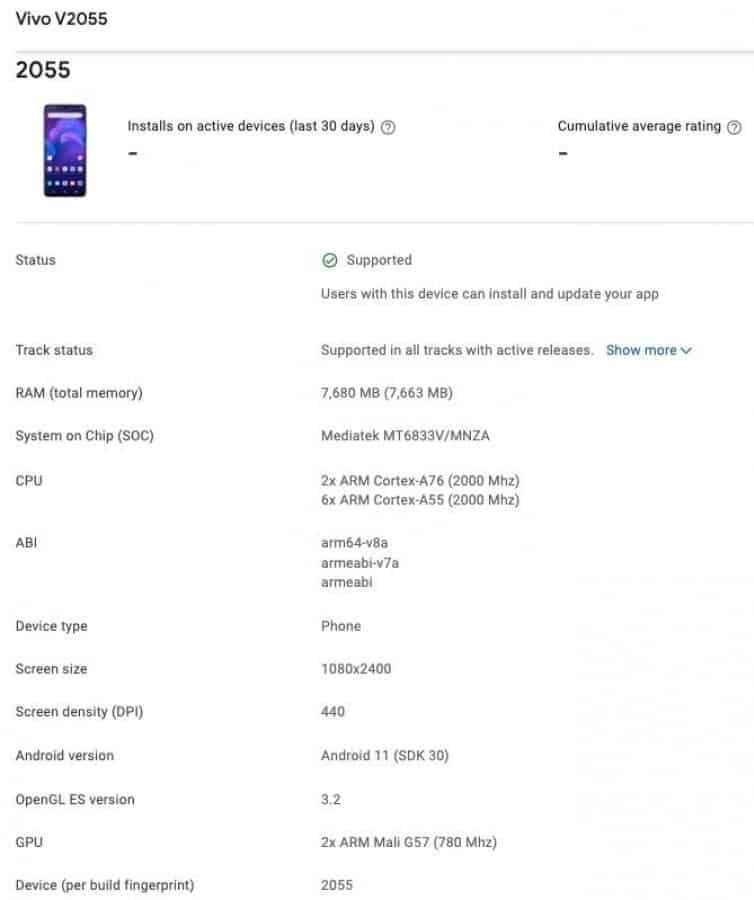 Aside from the different chipsets and modems, everything else is the same. The smartphones have FHD+ displays, 8GB of RAM, and Android 11 straight out of the box. If they are meant for international markets we can expect FuntouchOS skin. If they are coming for China, then we guess they will have OriginOS instead. The devices have the same appearance as well, a waterdrop notch display, and volume buttons on the right side. Of course, we need to have in mind that these designs can be placeholders.

The device has a power button that looks to have an embedded fingerprint scanner. For that reason, we can assume it has an LCD. Unless that Vivo is going OLED but will skip the in-display fingerprint scanner to save some costs. Unfortunately, we still haven’t many details about these two smartphones. We have to wait for Vivo to disclose more information about them. Considering their appearance at Google Play Console now, we would not be surprised to see them arriving until the end of the next month.

Next Samsung Galaxy A22 5G gets priced in Europe, launch is imminment