A recent report claims that WhatsApp has filed a lawsuit in Delhi. The social media giant is accusing the Indian government of attempting to trample on users’ privacy. Some experts say that this regulation will force Facebook to violate its privacy protection policy. According to insiders, the lawsuit requires the Delhi High Court to rule that one of the provisions of the new regulations violates the right to privacy in the Indian Constitution. Specifically, it is because this regulation requires that social media companies must confirm the “first initiator of information” when the government needs it. 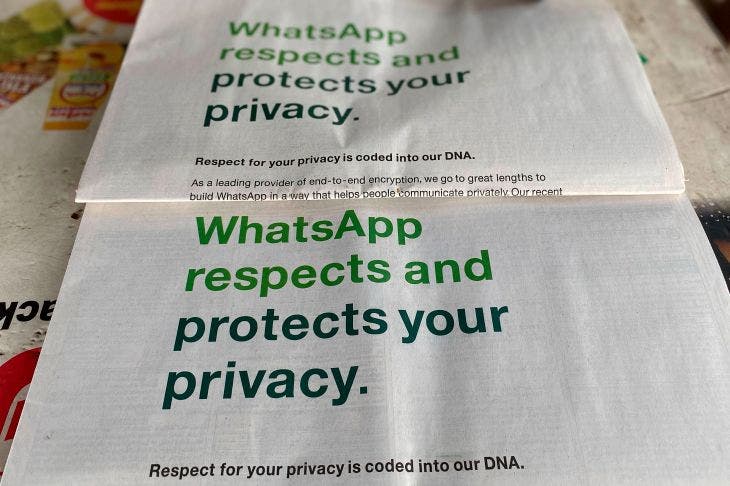 This regulation requires WhatsApp to only expose people who are credibly accused of wrongdoing. However, WhatsApp claims that there is no way of doing this in isolation. Since WhatsApp uses end-to-end encryption, it must break the encryption process for information recipients and “initiators”.

At present, the media has not been able to independently confirm that WhatsApp has filed a lawsuit in court. Also, there is no indication as to when the Indian court will review the lawsuit. WhatsApp has nearly 400 million users in India.

The struggle between the Indian government and technology giants including Facebook, Alphabet (Google’s parent company), and Twitter is escalating. This lawsuit is just the latest case of the frequent struggles of technology giants in the huge Indian market.

Earlier this week, the Indian police visited Twitter’s office. Since then, the tensions have been high. Twitter claims that the Indian government is manipulative and not entirely truthful. The Indian government has been forcing technology companies to delete certain public comments. These comments are mostly related to its handling of the COVID-19 pandemic.

Currently, WhatsApp, its parent company Facebook, and its technology competitors are investing heavily in India. However, the executives of large technology companies have concerns that the Indian government’s increasingly stringent regulations may jeopardize the prospects of these investments.

The new regulations also include requiring large social media companies to appoint Indian citizens as key compliance roles, delete content within 36 hours after the legal order is issued, and establish a mechanism for responding to complaints. In addition, these technology companies must also use automated procedures to remove pornographic content. Facebook said it agrees to most of the terms in the new regulations. However, it is still seeking to negotiate some aspects. Twitter, which has received the most criticism for failing to delete posts by government critics, declined to comment.