Tomorrow will be an important day for smartphone enthusiasts in China. Oppo will disclose its Oppo Reno6 series to the world composed of a Reno6, Reno6 Pro, and Reno6 Pro Plus, and also Nubia will present a new Red Magic 6R smartphone. The gaming lineup is bringing yet another variant for the Red Magic 6 series, but unfortunately, we haven’t been hearing much about the handset. So there is still room for plenty of surprises tomorrow. The company decided to confirm a few of its features to build the hype around tomorrow’s launch. The latest poster dropped by the phone maker on Weibo tells us the smartphone will pack a 144Hz refresh rate screen. 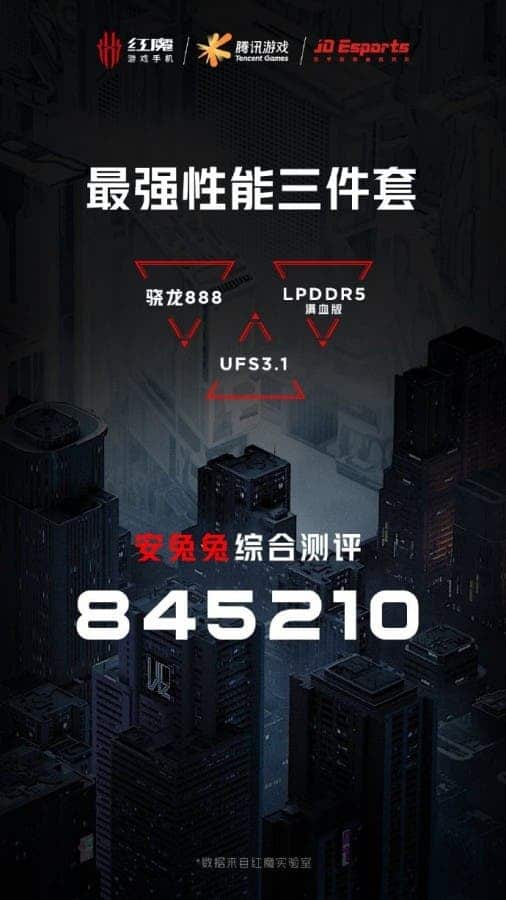 Nubia hasn’t divulged the display’s resolution, however, the smartphone’s TENAA listing has revealed that it does come with a 6.67-inch OLED display. This panel has a Full HD+ resolution with at least 2,400 x 1,080 pixels. It also comes with ha fingerprint reader underneath for biometric authentication. Now, the 144 refresh rate will certainly make the smartphone even more appealing for gaming enthusiasts. So far, such a high refresh rate has been exclusive to some gaming smartphones, as common smartphones still have up to 120Hz refresh rate. Curiously, the device has just FHD+ resolution which is less than the QHD+ resolution found in some 2021 flagships. However, there is a good reason for this choice. 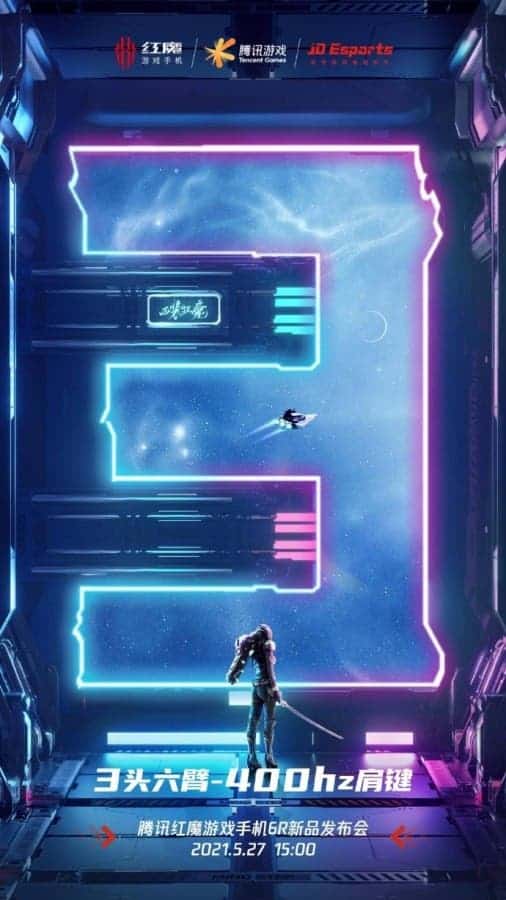 The Nubia Red Magic 6R comes with the Qualcomm Snapdragon 888 SoC, the Adreno 660 GPU inside can easily handle a QHD+ display. However, this certainly limits the performance at some point. The results are much better on an FHD+ display with fewer pixels. Since this is a gaming smartphone, the company wants to ensure the best possible performance. Sticking with FHD+ display is being a common route adopted by gaming smartphone brands this year. Besides the Qualcomm Snapdragon 888, the smartphone also offers LPDDR5 RAM, UFS 3.1 storage, and 400Hz dual-touch gaming shoulder buttons. The physical buttons are really useful in certain games. Despite all this advanced hardware, the smartphone has 7.8mm thickness and weighs just 186 grams.

All details should be disclosed tomorrow.