According to estimates between January and March, inclusive, wearable device shipments were 104.6 million units. This is a third – 34.4% – more than in the first quarter of last year, when sales were 77.8 million units.

Analysts note that for the first time in history, shipments of wearable gadgets in the first quarter of the year exceeded 100 million units. 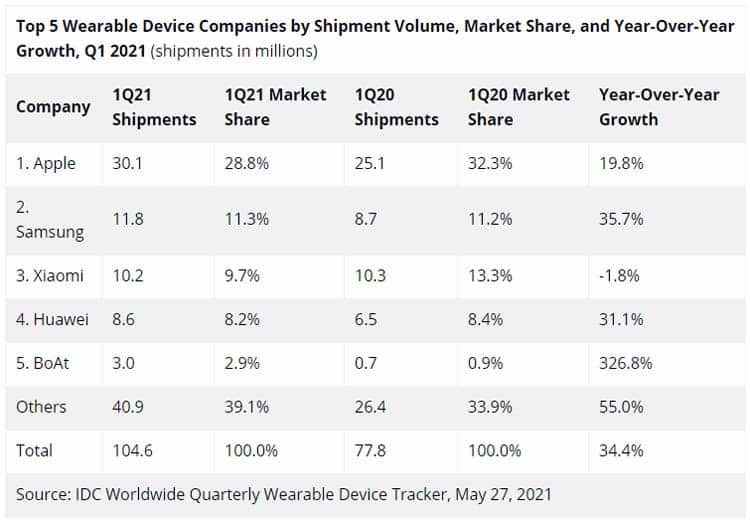 The largest player in the market is Apple with a share of approximately 28.8%. For comparison: a year earlier, this company held 32.3% of the global industry.

Samsung is in second place with a significant lag. The South Korean giant controls 11.3% of the global market. The Chinese Xiaomi closes the top three with 9.7% of the industry.

“Larger companies have certainly drawn attention to the worldwide wearables market, yet it is the smaller companies fueling growth,” said Ramon T. Llamas, research director for IDC’s Wearables Team. “Rather than compete head-to-head with products similar to the market leaders, these smaller companies have instead focused on specific markets and thrived with different solutions. For example, BoAt, the number five company on our list, is concentrating only on the Indian market, and has a triple-digit growth. Another example comes from Oura, whose fitness-tracking ring caught the attention of major sports teams and consumers. These and many other companies contributed to the Others category, which posted 55.5% year-over-year growth.” 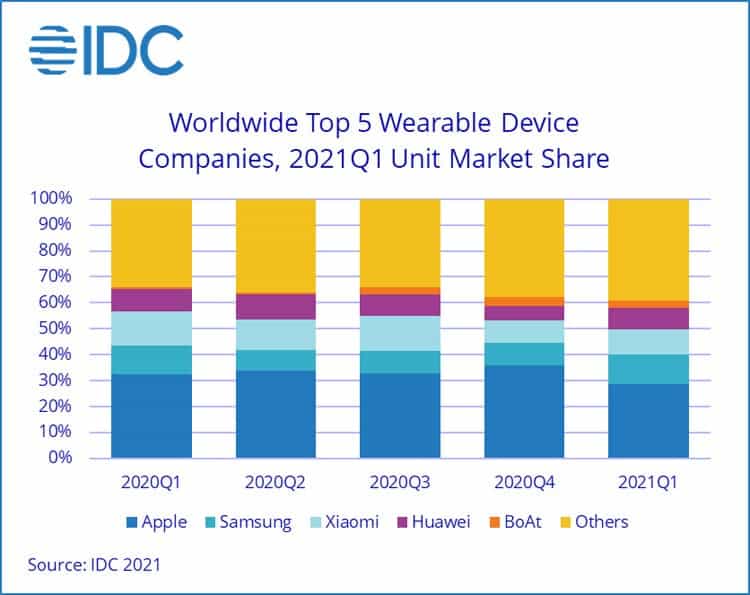 “Not only is the market is getting smaller brands; but newer form factors are also starting to gain some traction”; said Jitesh Ubrani, research manager for IDC Mobile Device Trackers. “Wearable patches, rings, and even audio glasses are starting to differentiate themselves from the typical watches, bands, and headphones by offering tech that is hidden yet functional. Audio glasses from the likes of Bose, Amazon, Razer, and others are also going a step further by allowing consumers to be more comfortable with being always connected and are working towards consumer acceptance of AR glasses further down the line.”