The powerful Realme GT 5G, formerly known as Realme Race, flaunts a 6.43-inch Super AMOLED display with FHD+ resolution. This panel has a 120Hz refresh rate and a 360Hz touch sampling rate with five different configurations. This is a flat display, but the bezels are quite slim.

Under the hood, the handset packs the latest Qualcomm Snapdragon 888 SoC. This is Qualcomm’s best offering at the moment, and it’s also one of the most powerful chipsets in the industry thanks to the Cortex-X1 + 3 Cortex-A78 big cores. This chipset is combined with either 8GB or 12GB of LPDDR5 RAM that comes alongside 128GB or 256GB UFS 3.1 storage. The phone has no microSD card slot, so the variant with more Internal Storage certainly will be the best choice, depending on your usage. The card slot, however, has room for two nano-SIM cards. Worth noting, that Realme may choose a specific variant for India or bring both of them, only the time will. 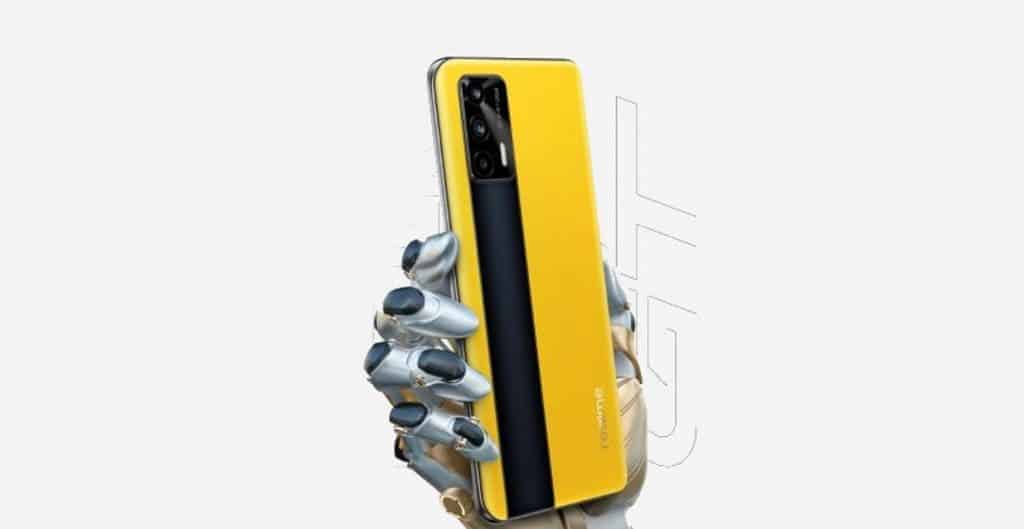 The Realme GT 5G has three camera sensors comprised in a rectangular island. It has a 64MP primary camera that gets aid from an 8MP ultrawide unit. The third and final sensor is a less appealing 2MP macro unit. Unfortunately, those who have been waiting for a telephoto shooter will be disappointed. Selfie lovers will enjoy a 16MP punch-hole unit. The device isn’t the most advanced in terms of camera. But as you can notice, the Realme GT 5G is a cost-effective flagship that comes to deliver performance. But you cannot expect the same premium experience as other flagships in the +$900 department.

There is a 4,500mAh battery keeping lights on. Although previous rumors were suggesting Realme’s 125W UltraDART charging to make its debut with the Realme GT, the company is keeping the usual 65W fast-charging. It still can charge this dual-cell battery in just a couple of minutes. Other features include a USB Type-C charging port, a 3.5mm audio jack with HiRes audio, and Dolby Atmos certification. On the connectivity part, the smartphone offers 5G Dual-mode, 4G LTE, Wi-Fi 6, Bluetooth 5.2, and GPS.

We expect Realme India to start a teaser campaign ahead of the smartphone’s release. For now, the highlights will be on to the Realme X7 Max 5G.